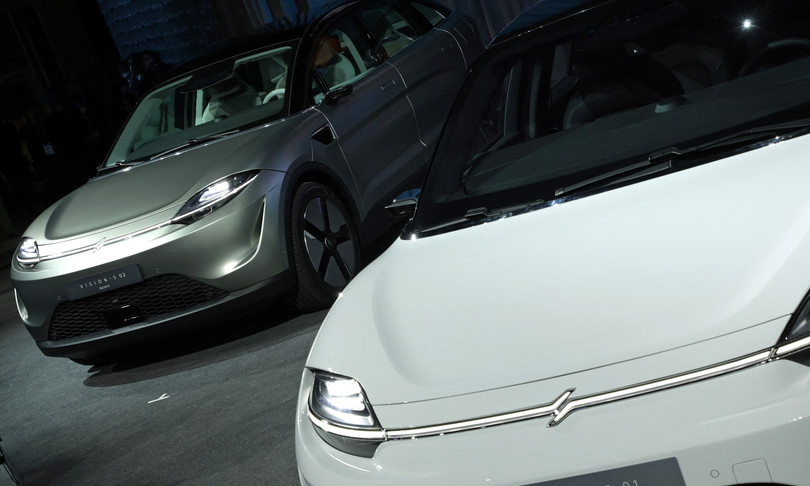 With a renewed focus on electric vehicles, on the notes of Adele and her new album “30”, driven by new products, including “Virtual Production”, dedicated to video production, Sony’s professional drone “Airpeak”, and the smartphone “Xperia PRO-I”, Sony lands at CES 2022, the fair in Las Vegas scheduled until January 8, 2022: the largest in the world dedicated to consumer electronics.

A presence certified by the words of Kenichiro Yoshida, President and CEO of Sony. After two difficult years, he said, “we want to reaffirm our goal”, “to allow people to connect more deeply with those who share the same interests and form stronger bonds within their communities”.

Yoshida also spoke about the developments of Vision-S, an initiative that aims to contribute to the evolution of mobility. He said “Sony is well positioned as a ‘creative entertainment company’ to redefine mobility,” and announced that Sony will set up a new company, Sony Mobility, in the spring of 2022 through which it intends to explore entry into the vehicle market. electrical.

The Vision-S system, in particular, supports safe driving by recognizing and analyzing the surrounding environment in real time, with sensors installed 360 degrees around the vehicle. These include high-sensitivity, high-resolution, wide-dynamic-range CMOS image sensors and LiDAR sensors that accurately detect three-dimensional space. The system also provides intuitive driver interaction in conjunction with the vehicle’s audio system and HMI system.

Sony presented the new Vision S 02. After the Vision S 01 presented at the previous edition of the Consumer Electronics Show, Sony is expanding its offer with a new 7-seater electric SUV. If in the past Sony had announced that it did not want to produce cars but to create technologies related to the automobile, now the situation seems to have changed as the birth of Sony Mobility demonstrates.

The new Sony Vision S 02 is 4.9 meters long, 1.93 meters wide, 1.65 meters high. On board the entire dashboard is characterized by three screens from which to manage all the car’s functions and connectivity with 5G technology and Over the Air updates.

The new Sony Vision S 02 is powered by two electric motors, one for each axle, thus ensuring all-wheel drive, capable of generating a maximum power of 272 horsepower.

Immersivity and contamination between film production and videogames: these are the keywords with which the multinational has decided to remove the ticket for the United States. An example? The next generation virtual reality system “PlayStation VR2” and the new “PlayStation VR2 Sense controllers” for an immersive experience in the world of games. A title? The arrival of the latest in the “Horizon” series, “Horizon Call of the Mountain”, exclusively for “PlayStation VR2”. We said contamination. Like the partnership between Sony and Manchester City for the creation of a new generation community, in a virtual space.