Everything that was presented at CES 2022 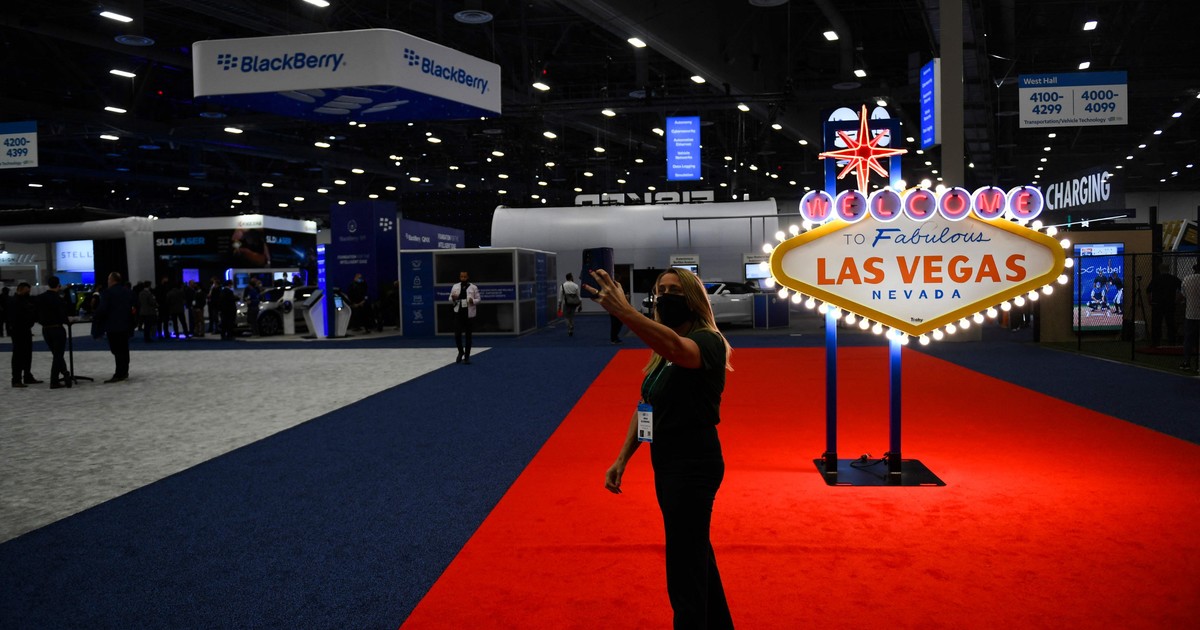 Few people and a lot of fear. Half-empty corridors, large absences and strict protocols against COVID will be marked by fire at the traditional international consumer technology fair, the THOSE, that every year is done in Las Vegas and that this week it was face-to-face again. Last year’s edition was virtual for the first time in its 52-year history.

All eyes were on the city of casinos since it is the first major international conference, massive and face-to-face, in the United States since the beginning of the pandemic. The concern was extreme since the opening on Wednesday occurred just when COVID hospitalizations exceeded September peak and they were fast approaching last year’s record.

For all these reasons it was a different fair. They estimate that there was between 50 and 70% fewer people than in normal years and more than 30 large companies such as Intel, Lenovo, Microsoft, Facebook (Meta), Twitter, HP and Google, among others, canceled their presence in recent weeks.

“We expected a lot of people but the city is almost a desert”says Roberto, a Cuban who works as an Uber driver. And a salesperson from CG Mobile, a manufacturer of cell phone cases for brands, accepted that 80% of his customers who would come to buy new models, decided not to come to CES. The Consumer Technology Association (CTA), organizer of the event, decided to finish it on Friday, a day earlier than planned.

There were 2,200 exhibitors, half the number in previous years. Photo: Reuters

At the Convention Center the chinstrap was mandatory and to be accredited, at least two doses of vaccines accepted by the WHO had to be verified (the Russian Sputnik is not authorized). In addition, to each of the attendees, he was given an antigen test kit at the airport and know the result in five minutes.

2,200 exhibitors reported from CTA, half the number in previous years. “The CES must continue,” he said. Gary Shapiro, the CEO. “The fair is essential for small and medium-sized companies that seek to do business in these three days and that is why we help them.” The slogan was “welcome back, we miss you.”

The humanoid robot Ameca, a success of the fair. Photo: Reuters

Among the items that presented the most novelties and innovations were automobiles and autonomous mobility, products for the home, games, virtual reality and personal health, of course.

The future of mobility comes autonomous and electric. Agricultural machinery manufacturer John Deere showed its first autonomous tractor to work in the fields without a driver. It is controlled from a cell phone and you can also buy the kit with the sensors, cameras and automated functions to install it on other tractors of the same brand.

Amid a barrage of electric skateboards, bicycles and scooters, GM introduced its new pickup All-electric Silverado EV 2024 with a range of 600 kilometers on a single charge. The German BMW surprised with its iX model that changes color.

Electric car manufacturing (where Tesla dominates) has more and more players. Now Sony is joining. The CEO of the Japanese company, Kenichiro Yoshida, announced the creation of the new Mobility division to fight in an increasingly competitive and constantly expanding market. An original closure was expected on Friday: the first autonomous car race.

In the gamer world, Sony showed the PlayStation VR 2, a virtual reality headset for the PS5 to play in 4K HDR resolution, motion sensors and haptic vibration on the controls (combining touch, acoustics and vision), called Sense controller. And they also announced the first game for this new technology: Horizon Call of the Mountain.

Meanwhile, the gaming peripherals company HyperX (already in the hands of HP) presented the Cloud Alpha, the first battery-powered wireless headphones for nonstop gaming – last up to 300 hours on a single charge.

The iMediSync wearable helmet has a scanner to do a brain scan in 10 minutes. Photo: AP

The health and technology -especially in the last two years- they come together more and more to provide products and solutions that improve people’s lives. The business moves hundreds of millions and CES saw a host of innovations, apps, telemedicine and emerging products still in the testing phase, such as covid-19 test through mobile applications or MayaMD, an artificial intelligence assistant for real-time medical diagnostics.

The portable helmet developed by the Korean made news iMediSync, which has a scanner to do a brain analysis in ten minutes and that could detect Alzheimer’s thanks to its algorithms.

The Korean Samsung and LG provided several novelties at a skinny news fair. LG’s huge space was presented empty. It was a curious bet to virtual reality since all its products could only be seen in 3D with the cell phone, after scanning a QR code. Among its novelties are the new 97-inch OLED evo G2, the largest on the market so far.

Samsung’s strong bet is outdoor life. That’s why he showed The Terrace, a outdoor 4K TV screen that withstands cold, heat, dust and rain but also allows you to see images with brightness and clarity when the sun’s rays point directly at it.

The model (presented in the middle of last year) is part of what Koreans dubbed the “lifestyle family”, which includes other TV models such as Serif, Frame and Sero. In that sense, they presented a nice portable projector, “The Freestyle”, which outputs images up to 100 inches (at 1080p) and has a speaker and microphone for voice control. When not used in projector mode, it also serves as a beacon of light. It is aimed at the audience of Generation Z and millennials (it comes in several colors), it weighs 800 grams and it will cost 900 dollars.

There were no major developments in the Smart Watches, a category that in Argentina is growing at a good pace. Garmin introduced the Come 2 More ($ 500) that works with both Android phones and iPhones. With that advantage, and with the focus on health and sports, he will go to fight for the throne with the leaders of the segment, Apple and Samsung.

“We are third parties but in our country we are the leaders,” explains Christian Muller, the representative and distributor of the brand in the local market, at the fair. It says that for the difference between the official dollar and the parallel today It is convenient to buy the products in pesos and in installments. “We want to grow the local Garmin community and for that we will open more stores in Rosario and Mendoza,” he said.

And so one more CES ended, which was undoubtedly historic. The first post-pandemic face-to-face perhaps did not bring as much innovationBut he did leave a clear and forceful message: the show and the tech business must go on.