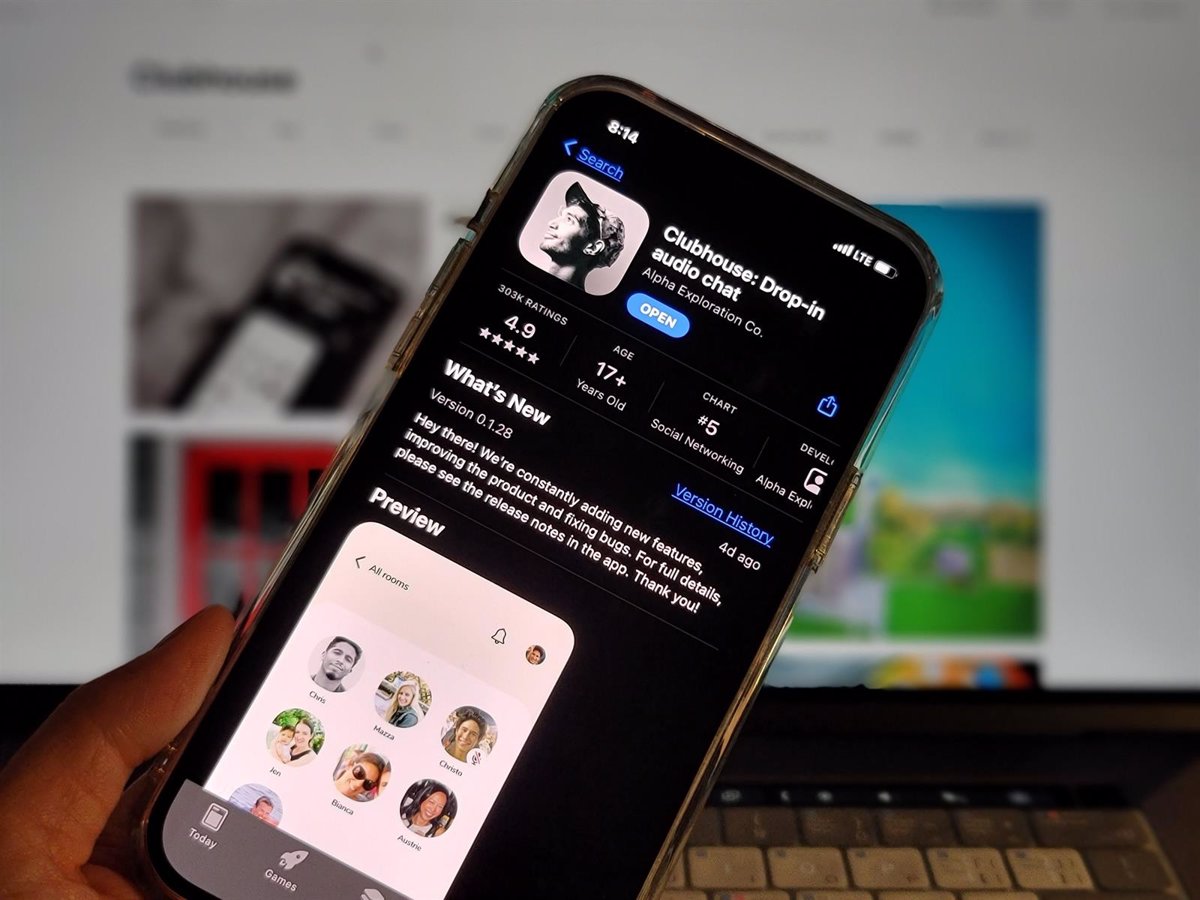 The audio-only social network Clubhouse has introduced the sharing function for the first time and has also started to allow anyone to listen to one of your audio rooms from the web without the need to be registered or use the app.

Clubhouse, which launched in 2020, so far required users to use their mobile apps and were registered in their accounts to start listening to one of their audio rooms.

With the latest feature, which Clubhouse has announced in a statement, users can listen to the rooms through the web from devices such as computers or phones without entering their accounts.

Initially, listening from the web will only be available for repeat-enabled audio rooms and it can be used only from the United States as an experiment, although it will come with support for most browsers.

This novelty coincides with the arrival of the share function at your service, with which it aims to provide its users with more ways to discover new content and audio rooms, as well as other people to learn about their creations.

With the share button at the bottom of the rooms, users have three options: publish the room in the Clubhouse itself, share the link on another social network or copy the link to share it by messaging apps.

Those who choose to share a room through the Clubhouse will also have the option to add a comment before sharing the content with their followers.

The social network has added to the new function too new share counters at the bottom of each room, with which creators can have more information about the dissemination of their content. This data will only be visible to creators for their own rooms.

This new feature will be launched for Clubhouse users in their mobile applications with operating systems iOS and Android this week.