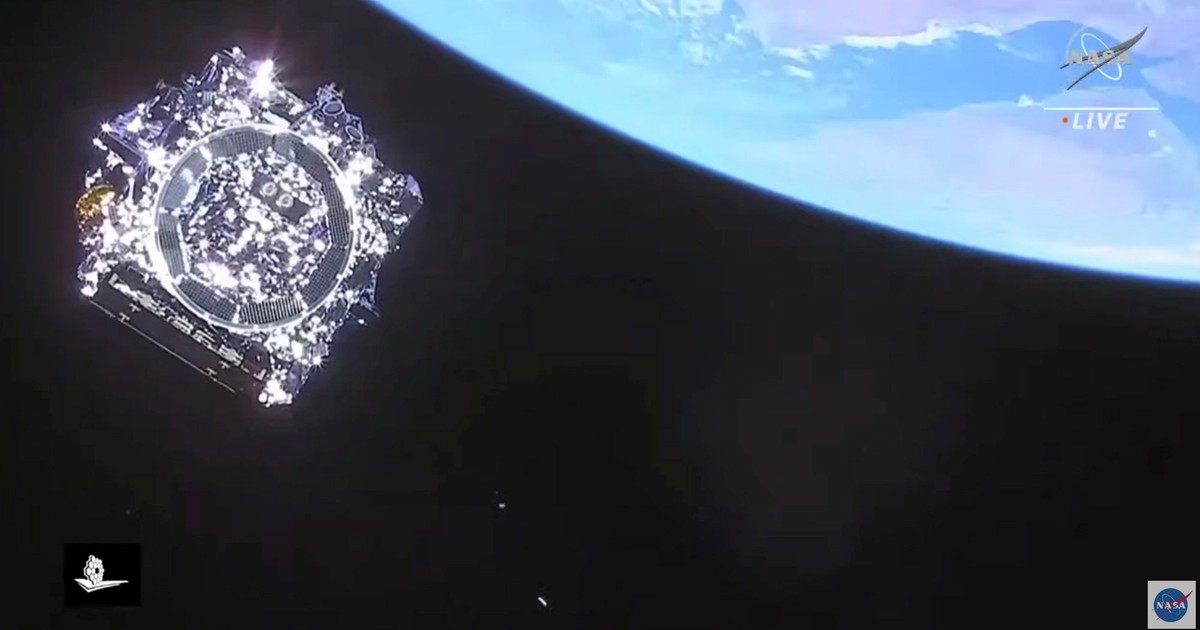 The James Webb Space Telescope this Saturday successfully completed the last stage of its deployment, along with that of its main mirror, and is already in its final configuration to be able to begin, in just over five months, its exploration of the cosmos.

NASA completed the unfolding of the last three of the 18 beryllium hexagons bathed in a thin layer of gold that make up the main mirror, which is shaped like a honeycomb. Previously, I had deployed the secondary mirror and a parasol the size of a tennis court.

“The final wing is now deployed”the US space agency posted on Twitter, adding that the mission team was now working “to secure the wing in place, a process of several hours.”

During a live broadcast of a model that simulated what was happening in real time in space, the public was able to observe this Saturday the coupling of this last wing of the main mirror, which has a dimension of 6.5 meters.

Earlier in the week, the telescope had unfolded its five-layer sunscreen, a 21-meter-long kite-shaped surface that acts like an umbrella, whose function is to ensure that Webb instruments are kept in the shade so they can detect faint infrared signals from the far reaches of the Universe.

“This is a milestone,” NASA associate administrator Thomas Zurbuchen enthused about the unfolding operation, considered the first of its kind by the federal agency.

“This is the last of the major deployments at the observatory, and its completion will lay the foundation for the remaining five and a half months of commissioning,” detailed NASA.

The deployment of the last telescope mirror was successfully completed. Photo: NASA / EFE

It is still pending “to establish a stable operating temperature, align the mirrors and calibrate the scientific instruments,” detailed the US space agency.

A giant eye in space

Webb, the most powerful space telescope ever built and the successor to Hubble, took off in an Ariane 5 rocket from French Guiana on December 25 last. This joint project of NASA and the space agencies of Europe and Canadais heading to its orbital point, 1.5 million kilometers from Earth.

From there, it will offer an unprecedented view of the universe at near-infrared and mid-infrared wavelengths, and will allow scientists to study a wide variety of celestial objects, including able to look back in time more than 13.5 billion years to see the first galaxies that were born after the Big Bang.

The liftoff of the Ariane 5 rocket that carried the telescope. AP Photo

The Webb began its journey on the last day of Christmas, after nearly three decades of development and construction work, and years of delays.

The importance and revolution of this mission, both from an astronomical and a technological point of view, has caused space agencies to broadcast their progress in space in several languages.

It is estimated that the first images will be transmitted to Earth in June of this year.