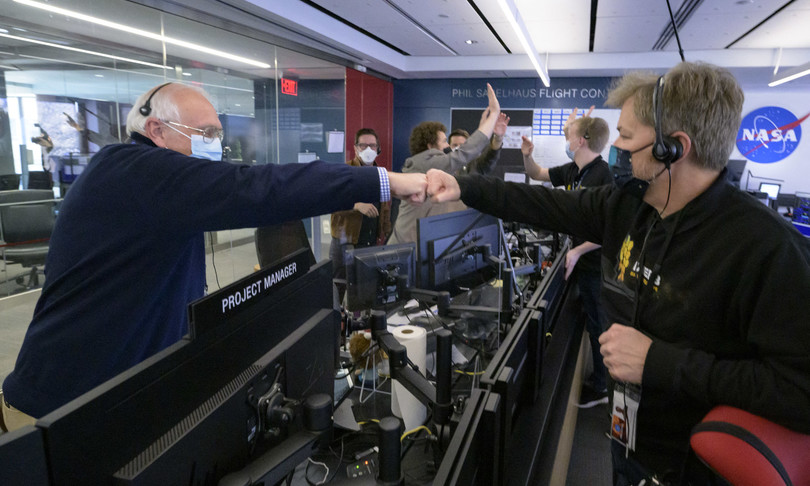 New success for the James Webb telescope which has completed the deployment phase, with the full opening of the mirror panel. To celebrate the crucial step for the ambitious mission is NASA which in a message on Twitter recalls how this is “the completion of over 20 years of work” and now the telescope is “on its way to its orbital destination” at 1.5 millions of km from the planet, four times the Earth-Moon distance.

Next to #UnfoldTheUniverse: traveling out to our orbital destination of Lagrange point 2! pic.twitter.com/mDfmlaszzV

The goal of the largest and most powerful device ever built is to uncover the most remote areas of the Universe, study their origins and search for habitable environments, outside our solar system.. Webb was launched into space on December 25 aboard the Ariane 5 rocket from the Kourou Space Center in French Guiana.

Due to its large size, it was sent folded in on itself and its deployment was one of the most complex challenges of the mission. NASA said today’s procedure was “the last major deployment operation”.

In the next few weeks it will reach its space destination, known as the Lagrange 2 point, but it will still need about another five and a half months to complete the installation. Among the following steps, the alignment of the telescope optics and the calibration of the scientific instruments. In recent days, his ‘solar umbrella’ had already been successfully deployed, a heat shield to protect him from solar radiation and keep his instruments in a stable thermal environment.