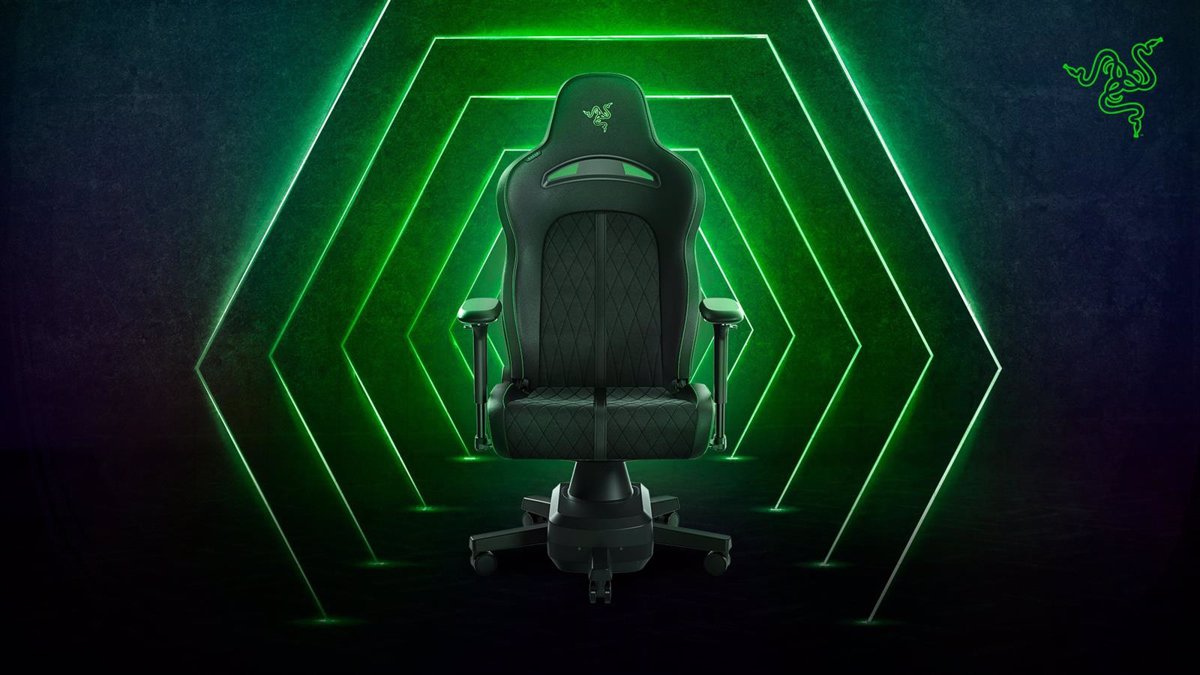 Razer has presented at CES 2022 its new proposals in devices for video games, among which its new Enki Pro HyperSense chair, with haptic feedback functions while playing video games, as well as your new modular design for a ‘gaming’ desk, Project Sphia.

Enki Pro HyperSense is a new model of chair that seeks the “total immersion” of the user in video games, movies and songs, with more than 2,200 supported content such as F1 2021, Forza Horizon 5 and Assassin’s Creed Valhalla, as the brand has explained in a statement.

The Razer chair is powered by a haptic motor that simulates vibrations, textures and movements. With 65,000 haptic variations, has the tactile response of +/- 1 G-Force and can create 1.5 inches of vertical and backward tilt in the seat.

Synchronization occurs in time, with a responsiveness of up to 5msAdd to that a 22-inch seat base, 100º shoulder arches, and a built-in lumbar arch that provides better weight distribution.

Project Sophia is another of the novelties that the brand has revealed in its participation in CES 2022. It is the design of a modular gaming desk, which can be customized with up to 13 different modules according to the needs of each player.

The desk is equipped inside with a custom PCB that includes a Intel processor and an Nvidia graphics card. Its design makes use of a slim chassis that magnetically snaps under a glass table and that it is removable.

The modules are intended for creators, who can insert touch screen digitizers, tablets and creative tools, while gamers can add a THX Surround Sound system and a high-refresh rate monitor, among other options.

Additionally, streamers can transform Project Sophia to a broadcast setup with camera, microphone and broadcast control, with other options for users seeking professional uses for increased productivity.

The desk is lined with LED lighting that can be synced with the Razer Chroma RGB ecosystem, and comes equipped with a OLED display with self-illuminated pixels, available in 65 inches.

GAMING LIGHTS IN THE HOME

Likewise, the company has wanted bring to the smart home your RGB lighting system from your gaming devices, Chroma, whose users will now be able to use to control the connected lights present in their houses.

Expansion of the lighting ecosystem through the Razer Smart Home app and the Razer Chroma RGB Smart Home program will take place during the first half of 2022.