The study that found how the moon and the sun affect us all: “Powerful forces” 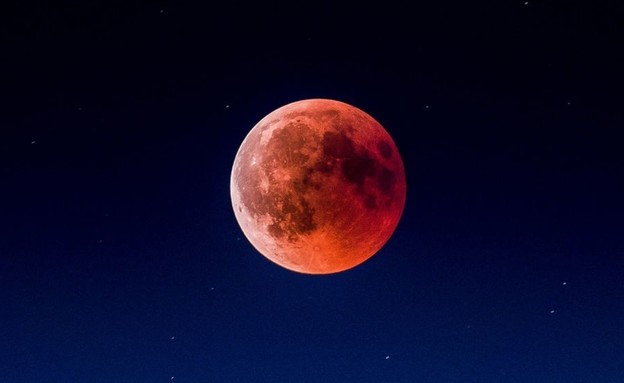 According to researchers from Brazil and the United Kingdom, all biological organisms – from plants to humans – are affected by the gravitational forces of the sun and the moon. A person”

Maybe there really is something in the stories that claim that strange things happen during a full moon? A new study conducted in Brazil and the UK found that all biological organisms – plants, animals and even humans – have a relationship to the gravitational forces of the sun and the moon. According to the researchers, the findings reinforce the historical link between the gravity of celestial bodies, and how it affects the behavior of life on Earth. The study focuses on how the cyclical fluctuations of each living organism present two daily cycles and are regulated monthly by the movements of the sun and moon. All organisms on the planet evolved under the influence of these forces.

“What we wanted to show in the article is that these are perceptible and powerful forces that have always shaped the rhythmic activities of organisms,” said researcher Cristiano de Melo Gallup. “Every substance on earth, living or inanimate, experiences the gravitational effects of the sun and moon like the tides.” The research team also examined how plants and animals adjust their biological clocks to the movement of the sun and moon. They found that even when organisms do not have a light or a dial to tell them what time it is, their body changes its behavior according to the force of gravity that acts and affects the earth. Gallup explained: “The data show that in the absence of other rhythmic effects, such as lighting or temperature, the tides are sufficient to organize the cyclical behavior of the organisms. These fluctuations continue to exist, and may regulate the behavior of living organisms.”

Body rhythms or “day rhythms”, which know how to synchronize themselves by night and day, are a popular topic in sleep studies. Despite their importance to sleep patterns and overall health, researchers have found that creatures can be removed from their natural light and dark environment, and they will still maintain a constant body rhythm cycle depending on the forces of the sun and moon. One of the animals in which this behavior can be clearly seen is the crabs, and especially the lobsters. These know how to regulate their behavior according to a regular time cycle, even when they are transferred to a laboratory with controlled conditions.

In further experiments, researchers examined seed germination and found that plants also make periodic adjustments to these cycles. “I saw that the changes in the collected signal appeared every 12 or 24 hours,” Gulf added. “Similar results were obtained in laboratories in the Czech Republic, the Netherlands and Japan.” The team notes that although the gravitational effect of the sun and moon has only a small part of the effect that Earth’s gravity has on life, it is still sufficient to cause changes in the planet’s oceans, rivers, lakes and plates.

Gallup concluded and explained that humans can also synchronize with lunar cycles when they do not have enough sunlight. Humans who stay in the dark for long periods of time still perform a periodic oscillation of 24.4 to 24.8 hours – an oscillation that is done in harmony with the lunar cycle. This cycle is involved in the management of a person’s sleep times and notes, meal times and other metabolic processes.