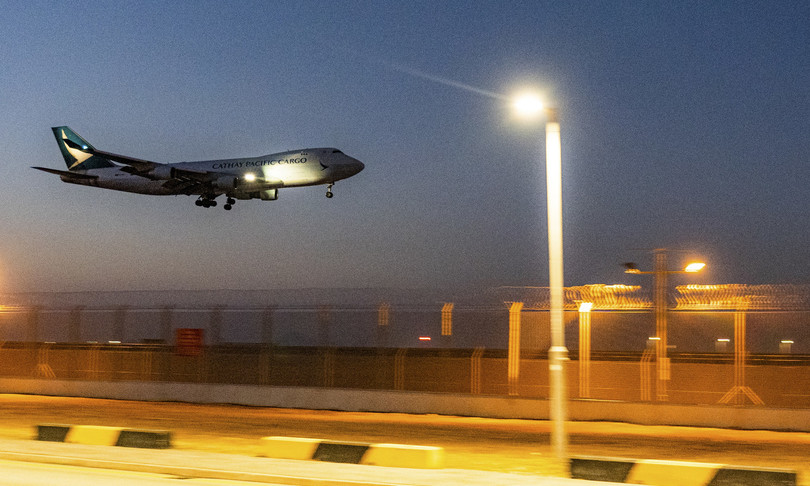 US airlines are concerned about the potential “chaos “caused by the spread of 5G in the United States, a fear that derives from the risk of interference between the frequencies used by mobile internet technology and the on-board instruments essential for landing aircraft.

United itself has warned that the current 5G wireless deployment plan in the United States would have a negative impact on approximately 1.25 million passengers United and at least 15,000 flights a year and urged President Joe Biden’s administration to act.

The frequencies used by 5G are close to those used by aircraft radio altimeters. US telecom operators have been awarded the 3.7 to 3.98 gigahertz (GHz) frequency band for 5G, a right for which they have paid tens of billions of dollars

The airline industry he fears this will interfere with the radio altimeter data, a radar that measures the distance between the aircraft and the ground, which are essential for nocturnal instruments such as landing or in poor visibility conditions. These operate in the 4.2 to 4.4 GHz spectrum.

While there is therefore no risk of direct interference between the frequencies, the transmission power of 5G antennas or part of the emissions directed upwards could be a problem for some altimeters, due to the risk of interference. Airbus and Boeing have warned US authorities about “potential interference”, and the US Aviation Agency (FAA) has agreed to postpone the rollout of 5G until January 19 to ensure that the system was perfectly safe.

“If there is a potential risk to air travelers, we are obliged to limit the flight activity in question until we can prove it’s safeThe FAA has validated the use of two radio altimeter models and approved 48 of the 88 US airports most directly affected by 5G interference risks.

In Europe, the main frequency band for 5G has been bounded between 3.4 and 3.8 GHz, frequencies that are less similar to those of radio altimeters in use in the United States. In South Korea, a country at the forefront of the diffusion of mobile technology, 5G frequencies do not go beyond 3.7 GHz. Japan, which allows its operators to reach up to 4.1 GHz, does not foresee “any measures. mitigation below 4 GHz – that is, no restrictions on the spectrum in which 5G operations will take place in the United States – and there have been no reports of interference, “says CTIA, the organization that brings together the American mobile phone industry.

AT&T has meanwhile announced that it will “temporarily” postpone the switching on of a limited number of 5G antennas around some US airport runways. The company announced it in a statement: “We are baffled by the FAA’s inability to do what 40 countries have already done, that is to securely distribute 5G technology without interrupting. aviation services. We demand that it be done quickly, “says the US telephone company. “We are rolling out our 5G services everywhere as planned, with the temporary exception of this limited number of towers,” he adds.

The airline industry will face “severe operational disruptions” if 5G antennas are turned on in the US on Wednesday. David Seymour, Coo of American Airlines, wrote it in a letter to his employees. “Until there is a long-term technical solution we anticipate that we will experience delays, detours and cancellations, well beyond our control,” says Seymour. At the moment Verizon, the other telecommunications giant that will have to turn on its antennas on Wednesday, has not decided to postpone ..