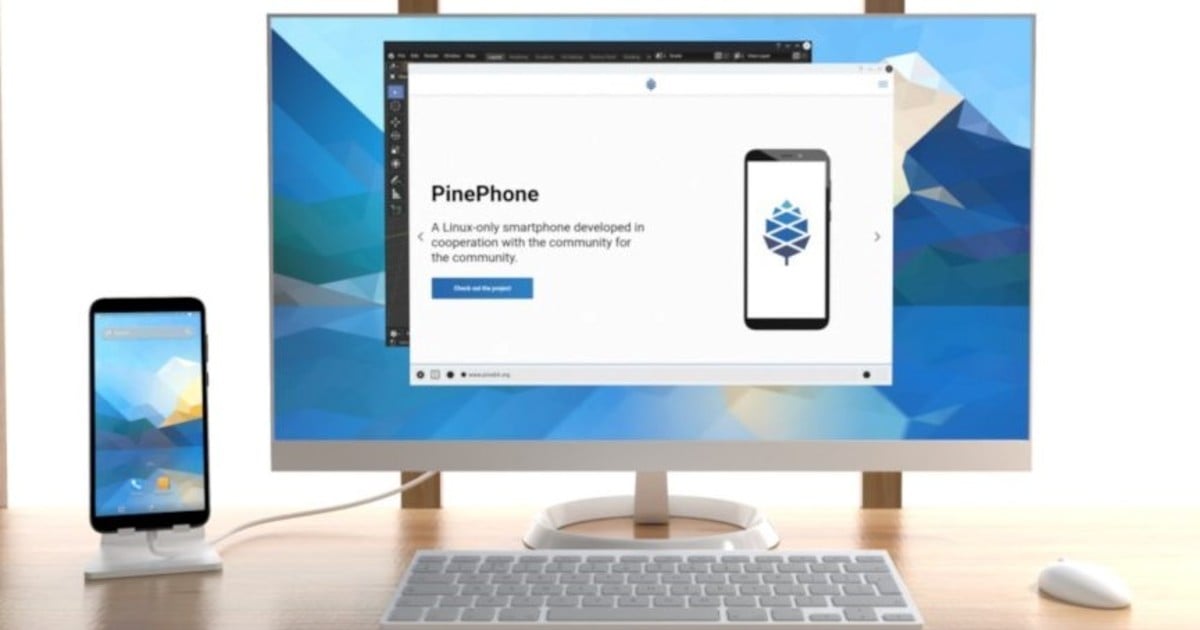 Although Android and iOS, to a lesser extent, have cornered the market for mobile operating systems, the possibility of a third way begins to take shape with the arrival of the PinePhone Pro. It is a mid-range device, ideal for those who identify with Linux.

The mobile stands out for having Linux pre-installed from the factory, thanks to its Manjaro ARM distribution with the Plasma Mobile interface. Even more striking are its privacy switches, that allow you to physically disable sections such as the modem, the microphone or the cameras.

Going through the technical specifications of the device, one quickly realizes that it is not going to get any special mention for the configuration it offers. Even cheaper Android devices handily outperform them.

It is a team with mid-range specifications.

The front camera is a 5 MPX OmniVision, it serves as a way to get out of trouble. On the back, with a very simple design, there is a 13 MPX camera signed by Sony in a small package.

The coating on the back of the PinePhone Pro has a comfortable feel and is designed to minimize oily fingerprints.

It has all kinds of connections such as Bluetooth, WiFi and a USB-C port to load files and a 3,000 mAh battery that is connected to the plate to supply power to the entire device.

Both the system and the programs it supports are open source. The default web browser is Firefox and Thunderbird for managing emails, LibreOffice for documents, presentations, and spreadsheets.

The PinePhone Pro runs mainline Linux, with open source drivers, and is ready for additional features added by developers. It sells for $399.

The PinePhone Pro retails for $399.

The terminal is oriented to Linux fans and programmers that they feel comfortable with this ecosystem and that they are willing to deal with some rough edges. Even the Manjaro ARM version is not quite stable and is labeled as “pre-Beta”.

Aware of its limitations, its manufacturer assured that its devices do not seek to dispute the territory of large companies. “Contemporary Linux mobile systems are still a long way from being considered true alternatives to Android or iOS,” Pine64 said.

By removing the plastic back cover, which is unlocked with a simple click and leaving the chassis bare, the true protagonist of this mobile appears, which is none other than the total control of the privacy that it puts in the hands of the users.

The phone with Linux and physical security keys.

On the depth of the battery and with the naked eye, the privacy switches are accommodated, a series of small physical keys that allow you to enable or delete different elements of the mobile to protect all kinds of sensitive information and connectivity.

Thus, the modem switch (which also overrides the GPS), Wi-Fi and Bluetooth connectivity, the microphone, the rear camera, the front camera and even the headphone jack. Access to this “panel” is immediate, and of course offers interesting options.