SPC Gravity Ultimate, an affordable tablet to complement your study and leisure at home 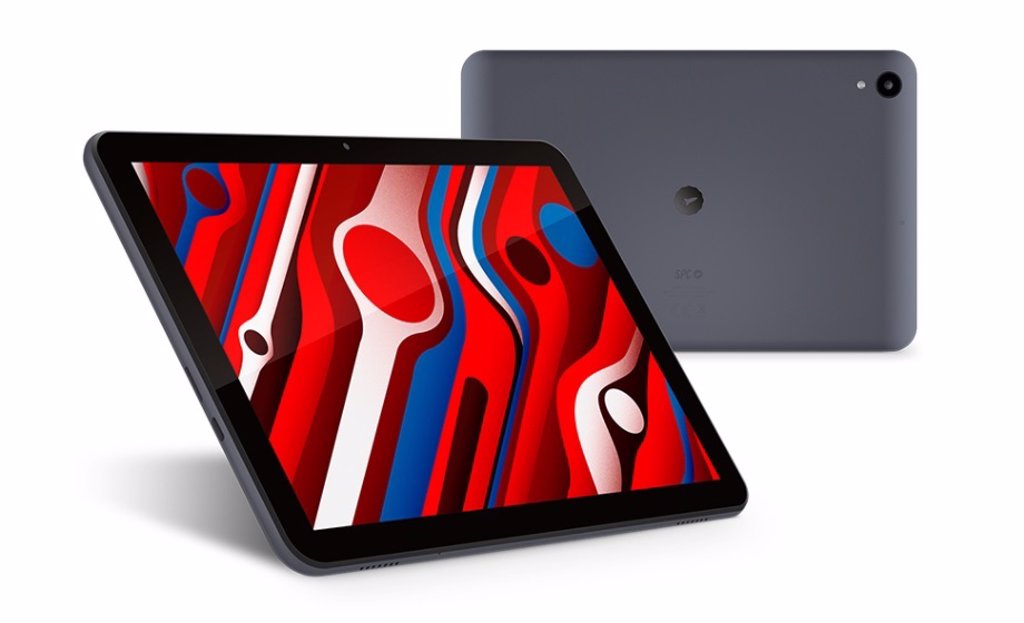 SPC recently renewed its tablet family with fairly affordable equipment (the most expensive is less than 200 euros) for the whole family and with basic features for use both with multimedia content and for study or work.

The great bet of this Spanish technology company is the Gravity Ultimate model (190 euros), which offers image quality, performance and WiFi connectivity in a low-end device that is timidly close to the mid-range, but that fulfills the basic tasks, as we have seen in Portaltic.

As soon as you turn on the tablet it gives the impression that we are facing an Android mobile but with a larger screen, and no wonder, as Gravity Ultimate works with the Android 10 operating system and those who have it installed on the ‘smartphone’ will know how to use the tablet without problems from the moment they turn it on.

A familiarity that contrasts with the idea that if we switch to another device other than the ‘smartphone’ maybe we need something more. For example, and since it can be useful for studying or working, some note or text editing application, even if it is very basic. However, we always have the freedom to choose the one we like and download it from the Google Play Store.

For daily tasks, such as checking email, watching a YouTube video or a streaming service such as Netflix or HBO, or even accessing the virtual campus of our studies, the larger touch screen, in this case 10.1 inches, it is a success.

Also, the tablet has an easy-to-handle size. The power and volume buttons are on the right side, if we have it in front of us placed horizontally, and it has the right weight (550 grams) that facilitates its grip. It also contributes to this that the back shell is slightly curved and have a finish that, in addition to being very pleasant to the touch, prevents it from slipping.

The display uses an IPS panel (a type of LCD panel that shows a more true and bright color without degradation from any angle) and is surrounded by some pretty prominent frames, but offers a Full HD resolution (1,920 x 1,200 pixels) that reproduces the audiovisual content quite successfully along with the two stereo speakers that it has installed. It does not reach the immersion offered by higher-end equipment, but the tablet complies with this section, that is, it looks and sounds good and to follow our favorite series is more than enough.

This equipment consists of two cameras, a front one with HD resolution (720 pixels) for video calls and a rear one with 5 megapixels with flash that can record video in Full HD resolution (1080 pixels). Precisely, the camera on this tablet is a more secondary component, focused not so much on capturing photos as on video calls. The rear camera is saved that allows you to record videos at a reasonable quality, to share with family or friends.

Of this tablet it should be noted the transition between apps and navigation within them, that without being slow or desperate, it is not as fluid as it can be on a mobile, where we are already used to more advanced settings. In this case, Gravity Ultimate works with the Mediatek MT8168 processor (12 nanometers and quad cores at 2GHz), designed for entry-level mobile devices, and 4 GB of RAM (LPDDR4).

The 6,000mAh battery promises autonomy (and delivers), but it does not have a fast charging system, although it does use a USB Type-C port for charging and file transfer. Also has an acceptable capacity, 64GB of internal memory, which can be expanded with a microSD card up to 512GB, so space shouldn’t be an issue.

Collectively, Gravity Ultimate is a good complement to the study and work (perhaps more for the first than for the second) that does not make great boasting, since it is framed in the low range, but that offers the functionality of the Android mobile on a larger screen, and the possibility of continuing without problem classes through video conferencing applications.