Mark Zuckerberg presented the supercomputer that will make the metaverse possible 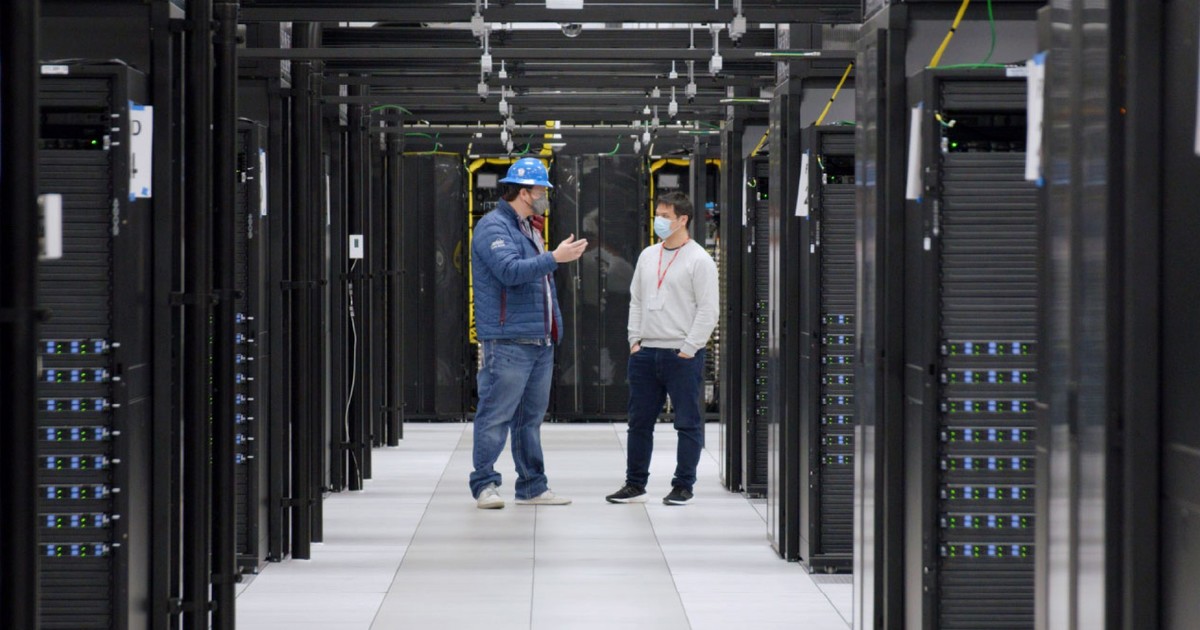 The CEO of Meta (former Facebook), Mark Zuckerberg, spares no effort in reaching the next frontier of the Internet: the metaverso. To achieve this, he announced this Monday a high speed supercomputer designed specifically for train automatic learning systems, which will make possible the coexistence of entertainment, shopping and work in this virtual universe.

AI Research SuperCluster (RSC), as this supercomputer is known, stands out for having a faster Artificial Intelligence (AI) currently and that in the future, when its integration is completed in mid-2022, It will be the fastest in the world.

“Meta developed what we believe to be the world’s fastest AI supercomputer,” Meta CEO Mark Zuckerberg said in a statement.

Mark Zuckerberg during the worldwide announcement of the metaverse. Photo: Goal.

Meta’s engineers designed the machine’s various systems—cooling, power, networking, and cabling—completely from scratch just a year and a half ago.

While phase one of RSC is already up and running and consists of 760 Nvidia GGX A100 systems containing 6080 connected GPUs (a type of processor that is particularly good at tackling machine learning issues).

A Key Element to the Metaverse

The idea of ​​building this supercomputer dates back to 2013. At that time, the social network Facebook was beginning to take its first steps in the world of Artificial Intelligence (AI), where algorithms learned based on a large number of unlabeled examples.

This made it possible for AI models to have the ability to act more effectively in various situations.

Currently, the algorithm behind the company’s main services – Facebook and Instagram – can carry out simple tasks, such as translating texts in different languages ​​and helping to detect potentially harmful content.

Mark Zuckerberg’s avatar could also be part of the metaverse. (Goal, via Reuters)

But developing this new next-generation AI will require powerful supercomputers capable of carrying out quintillion operations per second, especially for use in critical cases like identifying harmful content.

Specifically, RSC will help Meta researchers to build better AI models that they can learn from trillions of examples; work in hundreds of languages, analyze texts efficiently; images, text and videos at the same time; develop new augmented reality tools and more functions.

That is why in the face of the complexity of the metaverse, a parallel universe where human, augmented and virtual realities are supposed to merge, it will be necessary to benefit from advanced AI in terms of vision, speech and language.

“With RSC, we can more quickly train models that use multimodal signals to determine if an action, sound or image is harmful or benign,” they recognized from Meta.

“As RSC moves into its next phase, we plan to grow bigger and more powerful as we lay the groundwork for the metaverse,” they added.

Meta revealed that it is already providing a up to 20x improved performance on your standard tasks machine vision research. And this performance is expected to triple by the middle of this year.

According to the person in charge of Meta’s technical area, Kavin Lee, the RSC supercomputer will receive about 60,000 GPU graphics units to further improve its computing capacity.