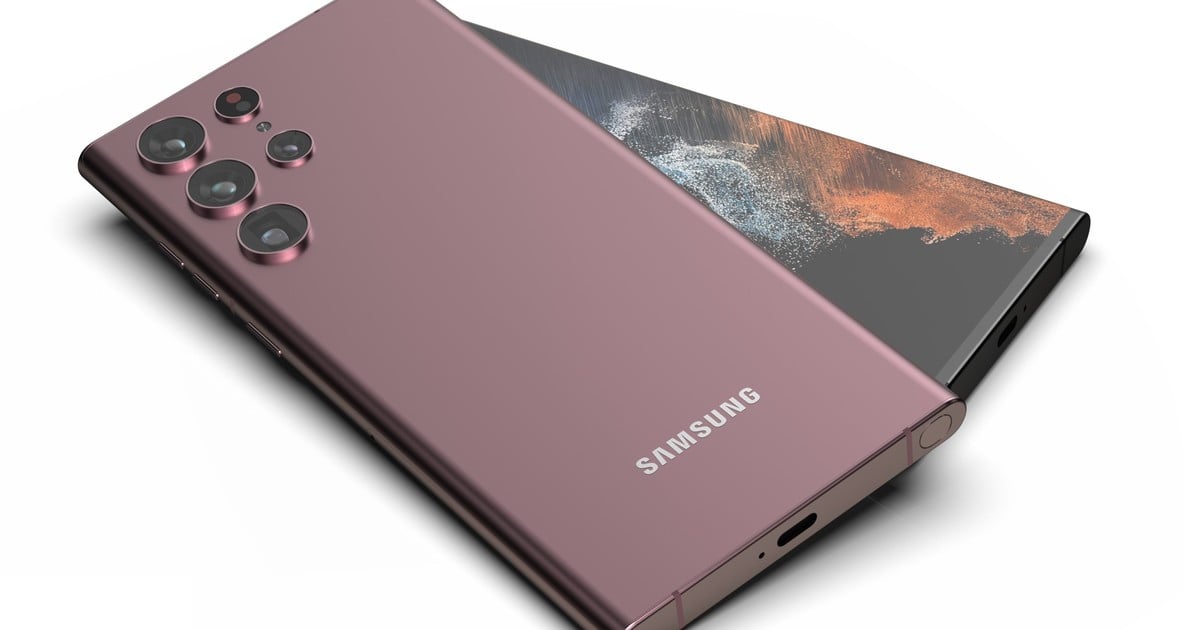 The preview of the Mobile World Congress is usually the key moment for Samsung show your high-end cell phones that will compete directly with the next iPhone 14. Despite keeping it a secret, the Galaxy S22, Galaxy S22+ y Galaxy S22 Ultra, as well as the next series of tablets Galaxy Tab S8, were exposed on social networks this Tuesday.

As is often the case in the weeks leading up to a release of this kind, content creator Evan Blass took care of spoilear the images of the three new members of the Galaxy S family, the main one among the top of the range of the South Korean brand. A custom that he has regularly carried out for 9 years in his twitter profile.

As for the design, the Galaxy S22 and Galaxy S22 + teams will have a certain relationship in the triple camera module on the back. As seen in the images, the lenses will be distributed vertically like the “little brother” Galaxy S21, which was also announced in February 2021.

The Galaxy S22 Ultra, the top of the range of the family and competitor of the iPhone 14. Photo: @eveleaks.

However, the premium version Galaxy S22 Ultra shows a similar style to the Galaxy Note 10. In fact, according to the images, it could bring an S-Pen Stylus, like the one brought by the Galaxy Note, and a large 5000 mAh battery. with support for 45W super fast charging.

The Galaxy S22 series is expected to feature the latest Qualcomm Snapdragon 8 Gen 1 processor for a limited number of markets; while some others will receive the Samsung-owned Exynos 2200 model.

The design of the Galaxy S22 that was viralized on Twitter. Photo: @eveleaks.

It is a chip manufactured in a 4-nanometer EUV (extreme ultraviolet lithography) process, like its predecessor, the Exynos 2100. The main novelty is the Xclipse GPU, the result of its collaboration with AMD.

Meanwhile, the series of devices will come with up to 12 GB of RAM and 512 GB of storage for photos, videos and applications.

The Galaxy S22 Plus that were published on Twitter. Photo: @eveleaks.

In addition, the flagship models will run by default the latest Android 12 operating system with its own One UI 4.0 customization layer, the same one that Samsung usually uses to distinguish its devices from the rest of the brands.

The event was also revealed

Without having official data so far, the date of the global announcement of the Galaxy S22, Galaxy S22 Plus and Galaxy S22 Ultra will take place on February 9 (12 in Argentina), as part of the traditional Unpacked 2022.

The information surprisingly emerged from a handful of users who received an advertisement from Samsung on the Instagram social network. Upon entering the banner, they were redirected to a pre-order reservation registration form that indicated the date of the event as the second Wednesday of February, according to Gizmochina.

The invitation to the Unpacked 2022 event that was shared via Instagram. Photo: capture.

In addition, the invitation states that this Galaxy Unpacked event will be virtual and that it will be broadcast on the brand’s website. Presumably, the event will be pre-recorded, since the last Apple Event was in September.

Until now, Samsung had only confirmed the holding of its Galaxy event next month, although without announcing when it will do so and what it will show in the first of the great cell phone launches that 2022 will have.