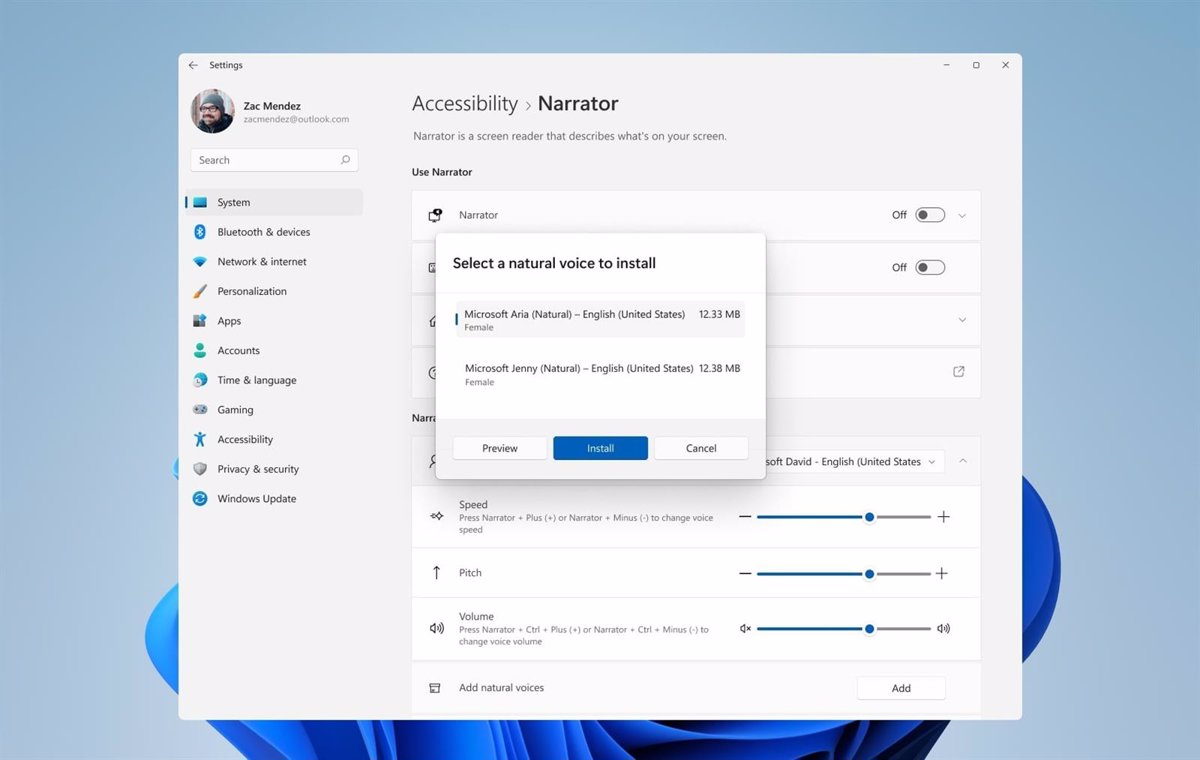 Microsoft has developed two new natural voices, named Jenny and Aria, which can be used to read aloud the contents in the operating system Windows 11 through its Narrator app.

The American company has announced this novelty as part of its latest Windows 11 update, 22543, which is now available to users of the Dev Channel, your update tester channel for developers.

The new voices of the Narrator app, Jenny and Aria, are offered as a suggestion to users the first time they open the application, although they are only available for now. United States English as language.

these voices they are natural, as highlighted by Microsoft, which has explained that they use technologies present in the device itself to convert text into speech when the user is offline.

Both Jenny and Aria voice can be installed if the user wishes, although this must be done separately and with a weight of 12 MB in storage.

Among the rest of the news, Microsoft has introduced improvements in Windows 11 update 22543 visuals in various aspects of the user interface, as well as patches for some bugs.

What does it take to become an avatar after you die?

“We didn’t have any luck, but things like this can happen,” said Carlo Ancelotti