The Freestyle projector from Samsung will be available in Spain in March for 999 euros. 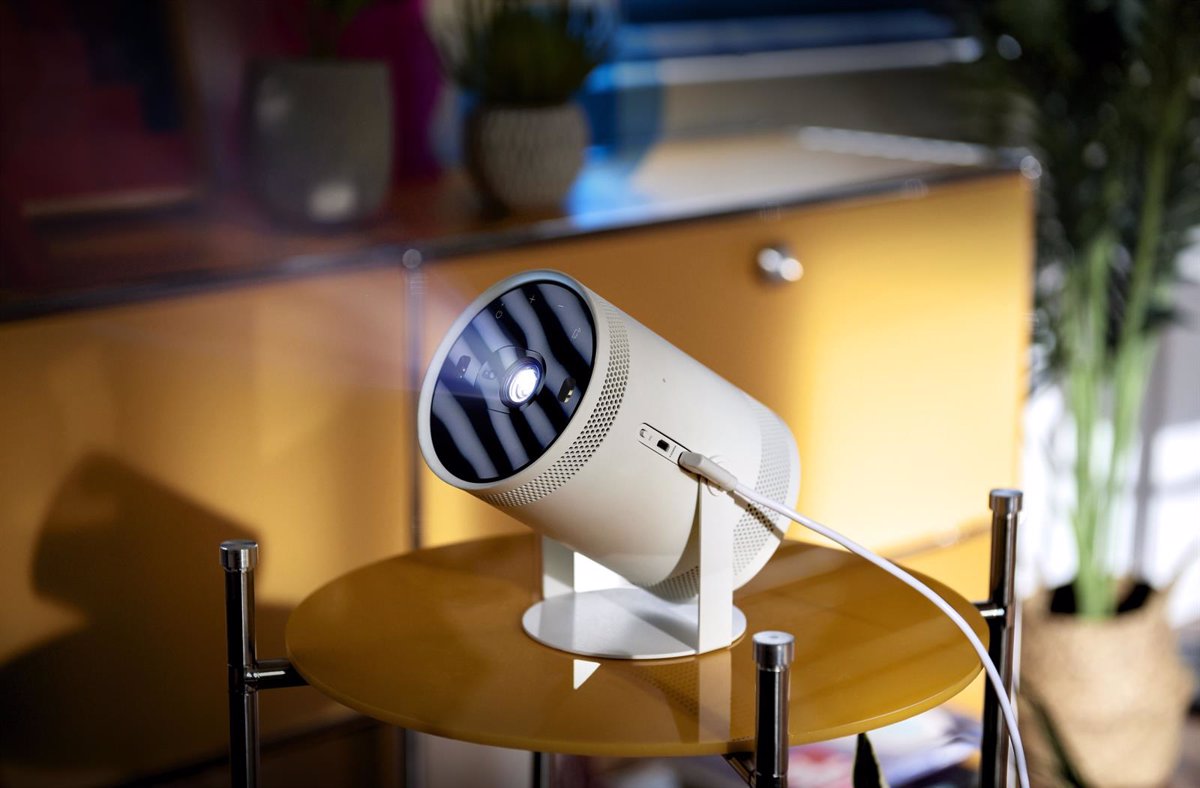 Samsung has unveiled its new projector model The Freestyle in Spain, which features a tiny design and weighs less than a kilo, can produce screens up to 100 inches, and will go on sale in the country in early March for 999 euros.

The Freestyle was first shown in early January at the CES 2022 in Las Vegas (United States), and the South Korean firm did not need to wait a month to announce its arrival in Spain in a statement.

The Samsung device can project material both indoors and outdoors, and it has automatic calibration and leveling features that allow you to adjust your screen to different surfaces and angles automatically. The Freestyle is capable of projecting up to 100-inch displays with a 16:9 aspect ratio.

The projector can also reproduce sound, thanks to a dual passive woofer system for bass and 360-degree audio output, as well as compatibility for cinema and music playing.

The Freestyle has a lightweight, portable design that weighs less than a kilogram and is compatible with external batteries that support USB-PD and have a 50W/20V or higher output. The device includes a platform that can be turned up to 180 degrees and does not require any clamps.

The Freestyle also has a translucent lens cap that provides ambient lighting when it is not being used as a projector to broadcast material.

The projector includes smart TV features such as integrated streaming services, mirroring, and casting, and is compatible with Android and iOS mobile devices.

It’s also the first portable projector in the industry to be certified by prominent worldwide streaming partners and to have far-field voice control, allowing you to switch between multiple voice assistants.

The Freestyle will be available in Spain in early March at a suggested retail price of 999 euros. The cost of your lawsuit will be 59 euros.