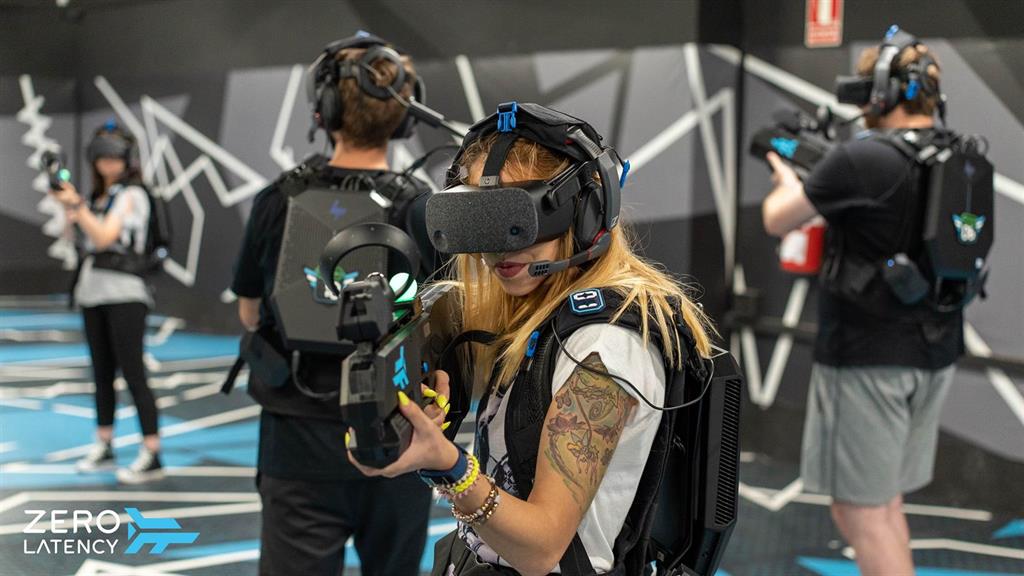 Who play Virtual Reality videogames They seek above all the immersion that this format provides but, after the initial effect, they also seek that there is behind a quality video game with a story at your level. Achieving this balance is what wards have been trying to achieve. Zero Latency with the launch of Far Cry VR: Dive into Insanity.

This experience, launched on July 1 for players who go to Zero Latency entertainment centers (in Spain it is at Madrid, Barcelona, ​​Zaragoza, Malaga and Bilbao), is based for the first time on the story of these experiences in a well-known video game: Ubisoft’s Far Cry saga, considered a triple A, the pinnacle of video games.

Specifically, the experience, developed by Zero latency together with Ubisoft itself, is based on one of the most prominent games in the franchise: Far Cry 3, released in 2012 for PC and for the PS3 and Xbox 360 consoles. In Portaltic we have been able to test it and below we tell you our impressions.

In Far Cry VR: Dive into Insanity, the protagonists are kidnapped by a sadistic pirate on a tropical island and have to try escape from Vaas Montenegro and his henchmen, with scenes that cast doubt on the boundary between the real and the imaginary.

IN FAVOR: NARRATIVE AND COOPERATIVE GAME

The choice of the Far Cry saga has seemed like a success at the launch of the new Zero Latency experience. This chain, which opened its first center in Spain in 2017, already had several different video games, but none so far belonged to a saga known to the general public.

This is something that will undoubtedly make you gain visibility among the most ‘gamers’, although it is a Virtual Reality experience independent of the game, but it shows that it is developed together with Ubisoft by elements such as Spanish dubbing, good quality.

The great asset of the game is precisely its narrative extracted from the Far Cry universe, with moments that are especially representative of the saga, such as some in which it is difficult to distinguish between what is real and what is imagination within the game, with daydreams and dream moments that are a success in Virtual Reality, in which the player feels the dizziness and vertigo of the characters.

And it especially highlights the fact that, although it is a 30-minute experience (plus another 30 of preparation and team explanations), the story has a beginning and an end and internal coherence with the characters.

The cooperative play, as it allows groups of up to eight players to play, is as always the great attraction of the Zero Latency experiences, and it is no different in this case. Players must coordinate to take down rounds of enemy pirates arriving from multiple directions at once.

At the game level, they have two different weapons that can change at any time (rifle and crossbow), all with the same 3d printed rifle that use the other Zero Latency experiences, light and very handy. It is one of the great attractions, along with the ability move freely around the room (with alerts when approaching walls and other people) and being continuously located by cameras and sensors.

AGAINST: QUALITY-PRICE AND TECHNICAL DETAILS

As a virtual reality headset, the experience uses the model HP Reverb G1, which manages to provide the Immersive ‘wow’ effect from the first moments with their images, especially highlighting the color and brightness they achieve.

At a technical level, the capacity of the format to take the player to very different scenarios in a very short time– From the lush jungles of Rook Island, to dark caves and spectacular temples, even under the sea.

However, in terms of graphics you can tell that it is an adaptation of a PS3 and Xbox 360 game, and after the initial surprise effect, the player has the feeling of playing a title from a few generations ago: due to the details, the construction of the stage and especially the faces of the characters.

Others occasional glitches they can affect some animations and the sound of some characters, as well as make communication between players difficult. The Zero Latency team has assured us that they are bugs they work to fix.

Although all this is understandable for the current state of Virtual Reality technology, it is also true that it is a 30 minute experience that costs 39 euros (with some discounts, such as 29.95 euros on Tuesdays).

This value for money cannot compete with that of a normal video game, which the player can use as many hours as he wants. And the lack of time makes the story, though independent, is excessively basic, somewhat predictable, and shallow.

This duration of 30 minutes is not, however, a mere coincidence, since during our tests we have found that it is the maximum time that we have endured before starting to We get tired of our eyes, and at the end of the session some of the members noticed a slight headache that falls within the normal range when using these devices.

Altogether, Far Cry VR: Dive into Insanity in Zero Latency is a interesting experience that will be striking not only to ‘hardcore gamers’ but to another general public thanks to the claim of the Ubisoft saga.

However, despite striking sensations such as feeling the dizziness of a character or how entertaining the game is, especially in the first moments, it is inevitable to feel that even there is room for more advanced video games to make their way to experiences like Zero Latency’s in the future and that really the public wants to return several times.