A mega battery that can charge up to 5,000 cell phones simultaneously 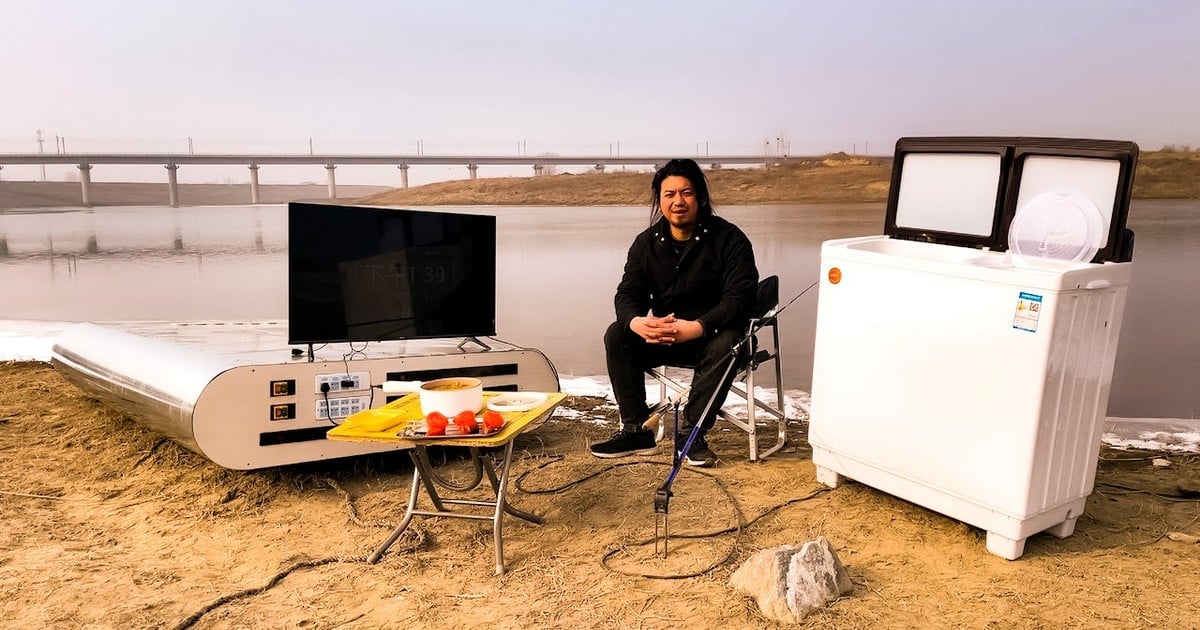 The dream of a super battery that provides a continuous charge and never runs out has come true. The person in charge of materializing this technological work is the Chinese youtuber Handy Geng.

The prototype of the largest external battery on the market, it is made with a welded metal frame that forms a 27,000,000 mAh ‘portable’ charger, equivalent to about 900 common external batteries.

In addition, the device is equipped with 60 plugs that could supply power to 5,000 mobile phones with 3,000 mAh batteries, laptops, other external batteries, electric bicycles. TVs or washing machines can also be connected.

Apparently, this Chinese engineer got tired of the little autonomy that his mobile offers him and of the expensive powerbanks that serve for 5 or 6 recharges.

The super battery that can charge up to 5 thousand phones simultaneously.

The battery measures about 1.8 meters long, 1.2 wide and 30 centimeters thick and to transport it, as exemplified in a video of his authorship, the youtuber uses a rope tied to a base equipped with wheels .

The creator of it explains that with this external battery “you do not need to worry at all about the lack of electricity when you are outdoors, or worry about a power outage.”

At the moment, he has not reported on the method to recharge the powerful portable battery when it runs out and the time it takes for it to be full.

Currently the most powerful power banks that are achieved are close to 20,000 mAh. Handy Geng’s battery could recharge 1,300 power banks with no problem.

In addition, if the charging efficiency were 100% and no energy was lost in the conversion, this curious prototype could fully supply a mobile phone with a 5,000 mAh battery around 5,400 times per day.

In contrast, if one intends to charge that battery once a day, this translates to a supply of around 14 years. This would be more durable than the phone itself, but even so it is not the most comfortable invention in the world.

Handy Geng has almost 200,000 followers on YouTube where he is dedicated to creating new tools or perfecting existing ones. His achievements include a shotgun for peeling corn or a robot that can be ridden like a horse.

And although the idea is interesting, there is still a need to find a utility for such a technological effort that can offer some benefit to consumers.

Although the iPhone is the most beautiful smartphone on the market, with the most efficient software, it is also the one with the shortest and most troublesome battery of all smartphones. For some time, Apple has recognized that it is working on improving this accessory.

Even last week he shared a video on social networks in which a young man uses the camera of his iPhone 13 to make recordings and points out that the charge now lasts all day, no matter how much it is used.

However, the post was not very well received among users who claimed that it is a farce or that they are talking about another battery, since they all claim that they must recharge their phone several times a day.

One thought on “A mega battery that can charge up to 5,000 cell phones simultaneously”