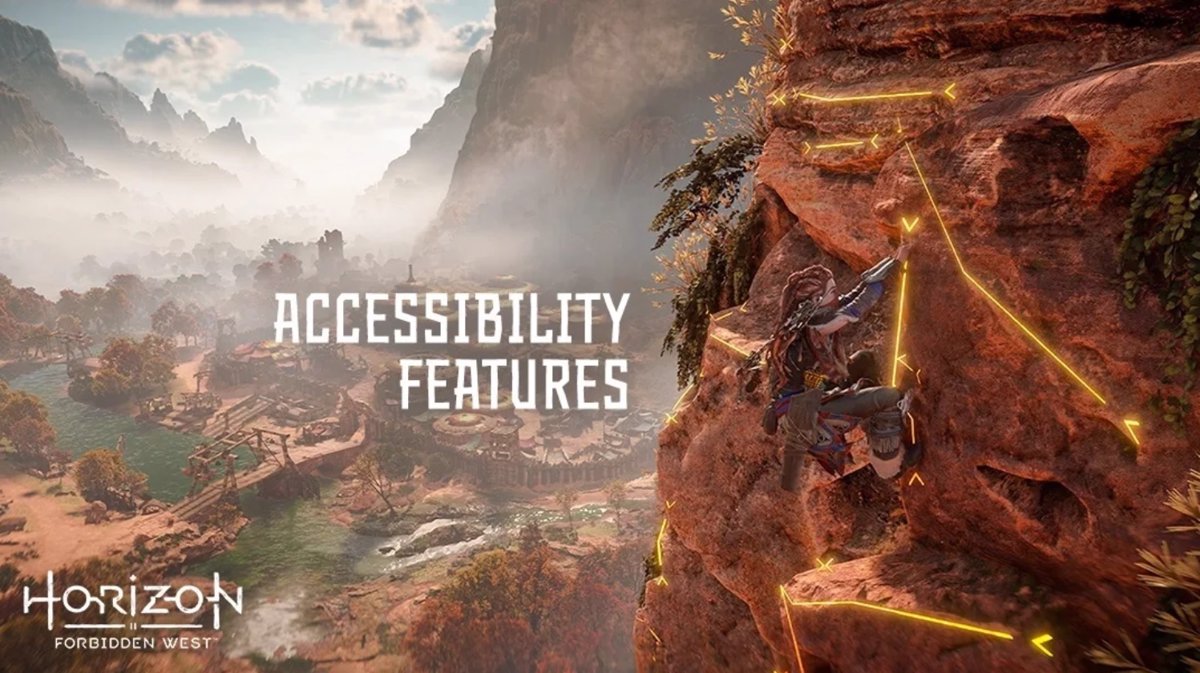 PlayStation has revealed the accessibility features that will be available in its next release, the video game Horizon Forbidden West, with custom difficulty levels that allow you to configure the damage received and dealt, left-handed options and a co-pilot system.

The game will reach players with various accessibility settings, including some activated by default such as subtitles, which the player can increase in size or add a background to make them more visible, as announced by PlayStation, owner of the Guerrilla studio, through a statement.

The Horizon Forbidden West game menu adds a notebook section, with useful information about the characters, machines, and data present in the Forbidden West that can help players.

The game features five difficulty settings for players to choose from: from Story Mode, which eases combat to focus on exploration and storytelling; to a Very Hard mode, with very demanding combat.

Added to these five modes is the Custom Difficulty Level, which allows users to adjust the damage Aloy deals or takes, giving more flexibility when setting combat difficulty.

Difficulty adjustments are complemented by a new easy loot system, which makes it easier to get materials from machines in cases where they are destroyed if you don’t extract them before finishing her off, during combat. This system is enabled by default on Story and Easy difficulties, and is an option in Custom mode.

Other accessibility features focus on the controller. Horizon Forbidden West includes some control presets, as well as left-handed options.

The video game implements fully configurable controls with warnings of potential conflicts to be able to decide what each button or command does. In addition, there are options that allow you to press or hold the button where appropriate or to invert the X or Y axes.

Another novelty is the co-pilot system, which allows access to a second controller with the same controls. All you need is another controller (DualSense for PS5 or DualShock for PS4) and a second user profile.

The game has sliders that adjust the sensitivity of the movement, as well as adjustments for the dead zone of the analog sticks. You can also switch weapons with the press of a single button, and swap left and right ‘joysticks’ for character and camera movement.

The PS5 version makes use of adaptive triggers and vibrations, but from PlayStation and Guerrilla they have added settings to change the intensity of vibration in cinematics, movement, combat, the interface or the environment, in addition to deactivating the triggers adaptive when wielding a weapon.

Another section of the accessibility settings are game assistance, designed to help players who are choking on some aspect of the game.

In terms of weapons and combat, it is possible to adjust the slow motion speed when the weapon wheel is deployed or activate aim assist, or increase the focus duration to slow longer when aiming with the bow.

Other button-saving tweaks include auto-sprint, auto-heal (when below 50% health), or auto-shield when falling from great heights. It is also possible to increase the visibility of climbing routes without having to use the spotlight.

To find their way around the Forbidden West, players will be able to do without most directions, or have quest markers or route markers of their choice. Another option is for the mount to go to the destination with hardly any action required.

At the image and sound level, the video game has added ways that players can mitigate the difficulties that may appear when playing, such as configuring camera shake and motion blur, or customizing the interface to decide what information will appear on the screen. and at what time.

As for sound, there are separate controls for music, voices, and effects. Among them, you can force mono audio and turn off tinnitus sounds, such as screaming machines.

In the PS5 version, there are other options to adjust the volume of machine and weapon noises, as well as explosions or ambient sounds for players who want to avoid clipping.