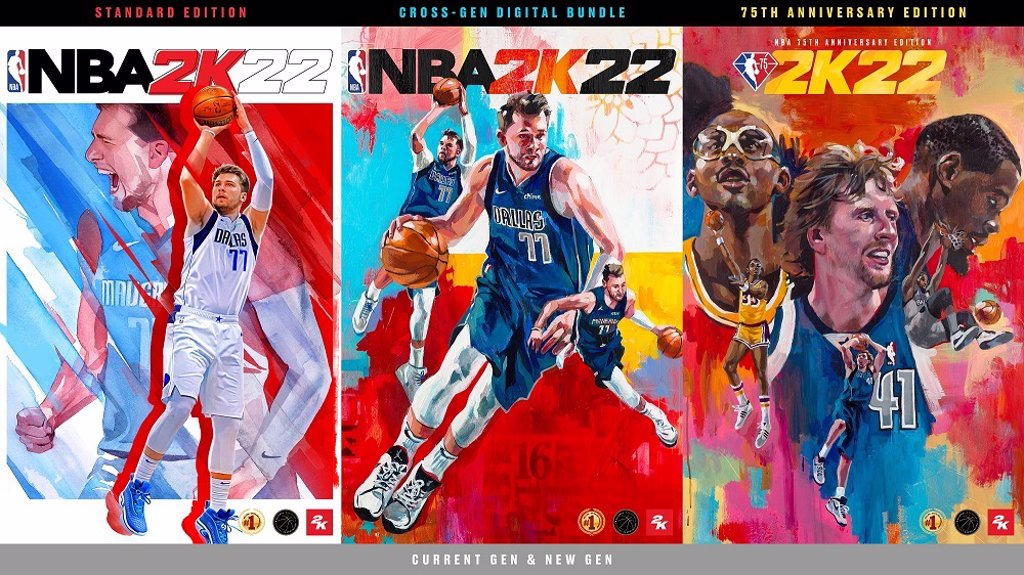 2K has unveiled the cover players of the different editions of NBA 2K22, the next installment in the NBA video game simulation series, which will feature Luka Doncic, Kareem Abdul-Jabbar, Dirk Nowitzki and Kevin Durant.

Two-time NBA All-Star Luka Doncic will be the protagonist of the covers of the standard edition and the Multi-Generation digital pack.

In the United States, a special version of the standard edition will be available whose cover appears WNBA Champion and 6-time All-Star, Candace Parker. This is the first cover featuring a woman in the franchise’s history.

The standard edition will be available in two versions, one for the previous generation platforms (PlayStation 4, Xbox One consoles, Nintendo Switch and PC) and another for the new generation (PlayStation 5 and Xbox Series X / S). It can be found in physical and digital format in Spain for all platforms except PC, where it will be for sale only digitally.

75 ANNIVERSARY EDITION OF THE NBA

The 75th Anniversary Edition of NBA 2K22 pays tribute to three of the most iconic players in NBA history, which revolutionized the league at different times. The first of them is the Hall of Famer, six-time NBA champion, six-time MVP, and all-time NBA scoring leader, Kareem Abdul-Jabbar.

Also the 14-time All-Star, NBA champion and MVP, Dirk Nowitzki, that, as explained from 2K, not only embodies the international expansion of basketball, but the evolution of the sport itself, as the archetype of the tall man shooter. And the 11-time All-Star, league MVP and two-time NBA champion, Kevin Durant, who appears for the third time on an NBA 2K cover.

The covers of the NBA’s 75th Anniversary Edition and the Multi-Generation digital pack are designed by Charly Palmer, an Atlanta-based artist whose most well-known recent work is the ‘Civil Rights’ series of paintings and compositions, notably ‘America Must Change’, which appeared on the cover of TIME magazine in July 2020.