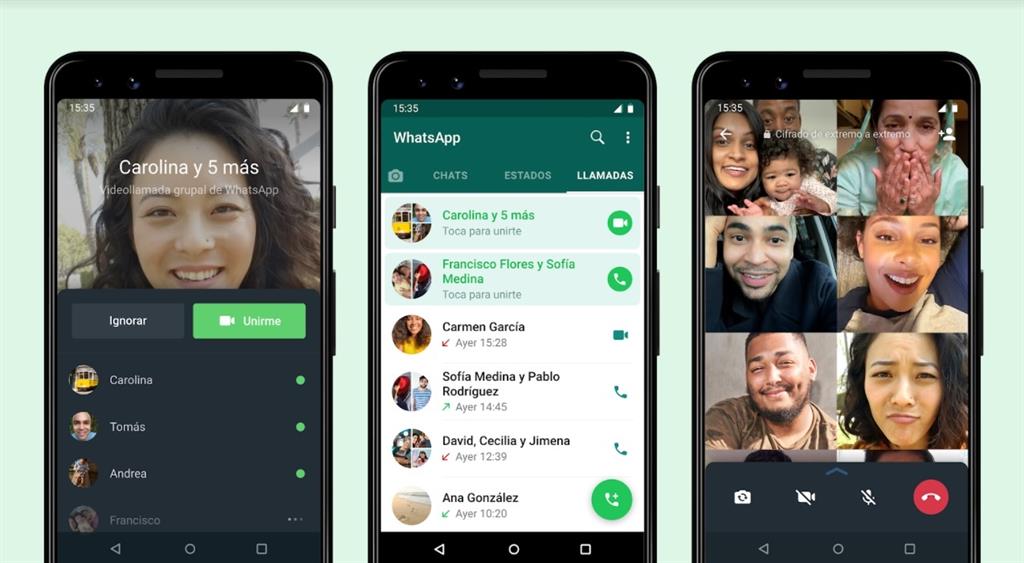 The courier service WhatsApp has improved its tool group video calls with the possibility of join one of them when they have already started and a new information screen that shows who is participating and who has not yet joined.

WhatsApp has improved the experience of group video calls so that they are “spontaneous and simple as a conversation in person”, and the user can join one without having to be aware of when it starts, a novelty available from this monday.

The user can join later, if the video call has already started, but also while the call is still in progress, you can exit and re-enter whenever you want, as the company has detailed in a statement sent to Europa Press.

These changes are accompanied by a screen that has information about the call: show who is already on the call and who was invited to participate, but not joined yet. And even if the user decides at first to ‘Ignore’ the group video call, they can join you later from the calls tab in WhatsApp.