New study: What happens when we die? The mistake that led the researchers to a possible answer 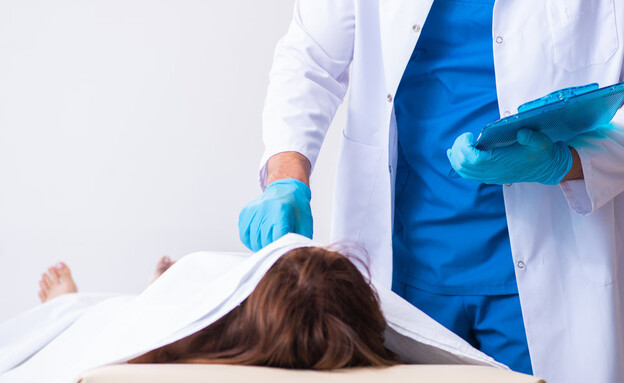 A new study, collected as part of a scientific “accident”, shows that life may actually pass before the eyes of the deceased: “Challenges our understanding of when exactly life ends” • The recorded brain waves are reminiscent of familiar patterns of brain activity, Along with the enthusiasm recorded, a degree of caution is required: “These are unprecedented results from an unhealthy brain in the first place.”

“Life has passed before his eyes”: Recollection of life events that passed in the seconds before and after death is a possible scenario – according to a new study published today (Thursday) in Frontiers in Aging Neuroscience. The recorded brain waves are reminiscent of familiar patterns of brain activity, and they join another study from a few years ago. However, it is important to say that this is the first measurement of its kind – performed in an unhealthy brain in the first place.

A team of scientists from Kentucky and Vancouver performed tests to measure the brain waves of an 87-year-old man with epilepsy. During the measurements on the AAG device (electroencephalogram, a device that records the electrical activity in the brain), the man had a heart attack and died – tragic circumstances that summoned an opportunity to examine what happened in the seconds before his death.

The measurements revealed that in the 30 seconds before and after his heart stopped beating, his brain waves acted in a pattern similar to that of the brain waves during a dream or memory recall. The measured brain waves are called gamma waves, and are associated with the more sophisticated actions that the brain performs, due to their prominence compared to other waves during activities such as sleep, meditation, mental concentration, attempts to recall old information and information processing.

According to the study, this type of brain activity shows that a scenario of recalling past life events is quite possible. Dr. Ajmal Zemar, a brain surgeon at Louisville University and who led the study, explained: “These findings challenge our understanding of exactly when life ends. They raise other important questions, such as what is the right or possible time to make an organ donation. ”

Dr. Zamar also referred to the inherent difficulty of his profession, as a neurosurgeon, who sometimes had to tell families the hard news about their loved ones, arguing that what was obtained in his research did raise the possibility that although patients’ bodies were willing to leave the world, the brain might be trying to “re-experience” The most beautiful moments from life’s experiences. ”

For years, following the recording of the AG in question, Dr. Zamar searched for similar cases that would allow him to reinforce the analysis presented in the study, but did not succeed. However, a 2013 study that included testing healthy rats may even suggest some reinforcement. The researchers then reported increased brain activity for 30 seconds after the rats’ hearts went silent.

The resemblance between these findings and the measurements of Dr. Zamar and his team is indeed astonishing, but at the same time, a degree of caution must be exercised in drawing conclusions. It is important to note, as the researchers themselves wrote, that this is the first measurement of its kind, which was done on a brain that has already been injured to some extent due to epilepsy. Dr. Zamar argues that it would be imprudent to draw broad and decisive conclusions from it.

However, the research of Dr. Zamar and his team may well establish a new research path for more researchers that will contribute to the extent and depth of our understanding of what happens to the human brain in its final moments – “These are the most beautiful moments of science, we scientists live for it.”