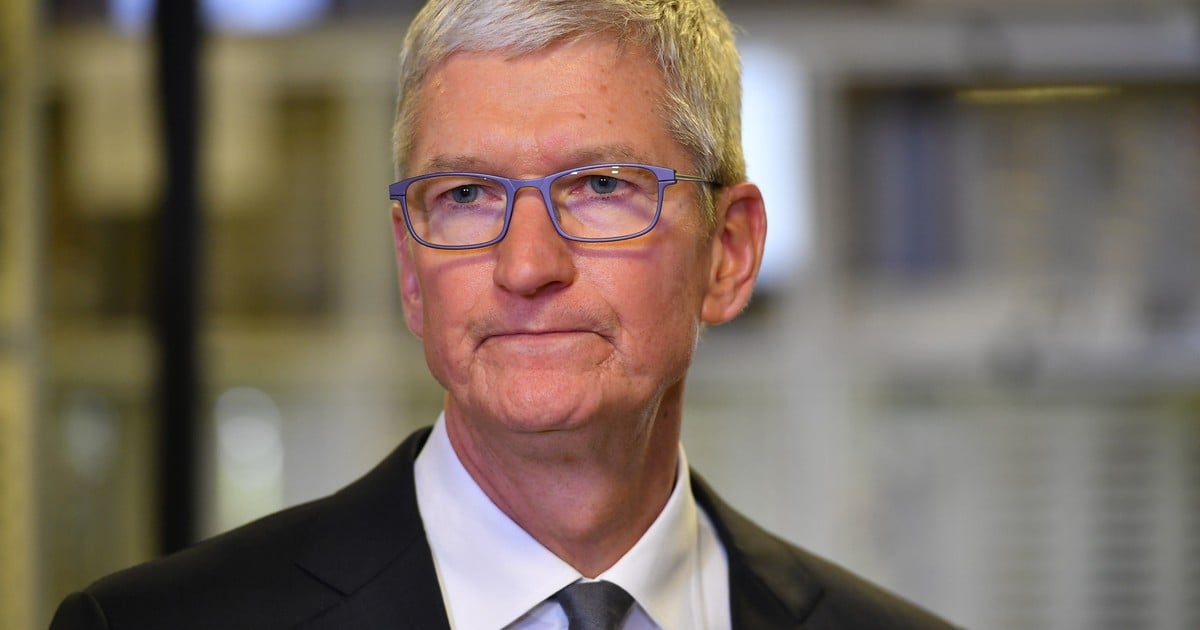 The government official made the request in a letter to Apple CEO Tim Cook and posted it on Twitter. Fedorov also said that Apple should support the US sanctions imposed on Russia after the invasion of Ukraine by part of the country.

“I appeal to you and I am sure that you will not only listen, but also do everything possible to protect Ukraine, Europe and, finally, the entire democratic world from bloody authoritarian aggression, to stop supplying services and products from Apple to the Russian Federation, including blocking access to the App Store”, Fedorov said in the letter.

The App Store is one of the nuclear points of Apple’s business. Launched in 2008, the company created it as an option for companies to quickly upload their applications to sell to end users, under a 30% commission that the company keeps. In 2021, the year in which Apple passed the 3 billion dollars, 85.1 billion they got him for these commissions from the App Store.

Russia launched a full-scale invasion of Ukraine in the early hours of Thursday, attacking from the north, east and south of the country. Russian troops are shelling Ukrainian cities with el goal of seizing the capital, Kiev.

I’ve contacted @tim_cookApple’s CEO, to block the Apple Store for citizens of the Russian Federation, and to support the package of US government sanctions! If you agree to have the president-killer, then you will have to be satisfied with the only available site Russia 24. pic.twitter.com/b5dm78g2vS

Apple currently operates an online store in Russia that sells iPhones, Macs, iPads, AirPods and other products directly to consumers. It also sells software and services locally and operates a Russian version of the App Store, the forte of your business model worldwide (He keeps 30% of each sale).

The company recently added a feature to the iPhone software to highlight apps developed in Russia for users of its devices.

In his letter, Fedorov argues that cutting off access to Apple products could motivate young people in Russia to oppose military aggression.

The US government recently adopted sanctions that would bar US manufacturers from exporting certain products to Russia, but so far, the rules don’t appear to stop Apple from continuing to sales in the country.

In recent months, the Cupertino, California-based company has registered a business office in Russia and this month posted job openings for about half a dozen stalls in Moscow. Apple declined to comment beyond a statement by Cook posted on Twitter on Thursday.

From social networks, Cook spoke about the conflict. “I am deeply concerned about the situation in Ukraine Cook said in the tweet. “We are doing everything we can for our teams there and will support local humanitarian efforts. I think of the people who are in danger right now and I join all those who ask for peace.”

I am deeply concerned with the situation in Ukraine. We’re doing all we can for our teams there and will be supporting local humanitarian efforts. I am thinking of the people who are right now in harm’s way and joining all those calling for peace.

Apple does not have an official store in Ukraine, however it is something that could be planned in the near future.

The company opened an office in the country last year to control its official distributors. Apple did, however, open an office in Moscow in early February, to closely monitor the Russian market.

The Californian company has had problems with Russia in the past, which have even forced Russian applications to be pre-installed on iPhones.