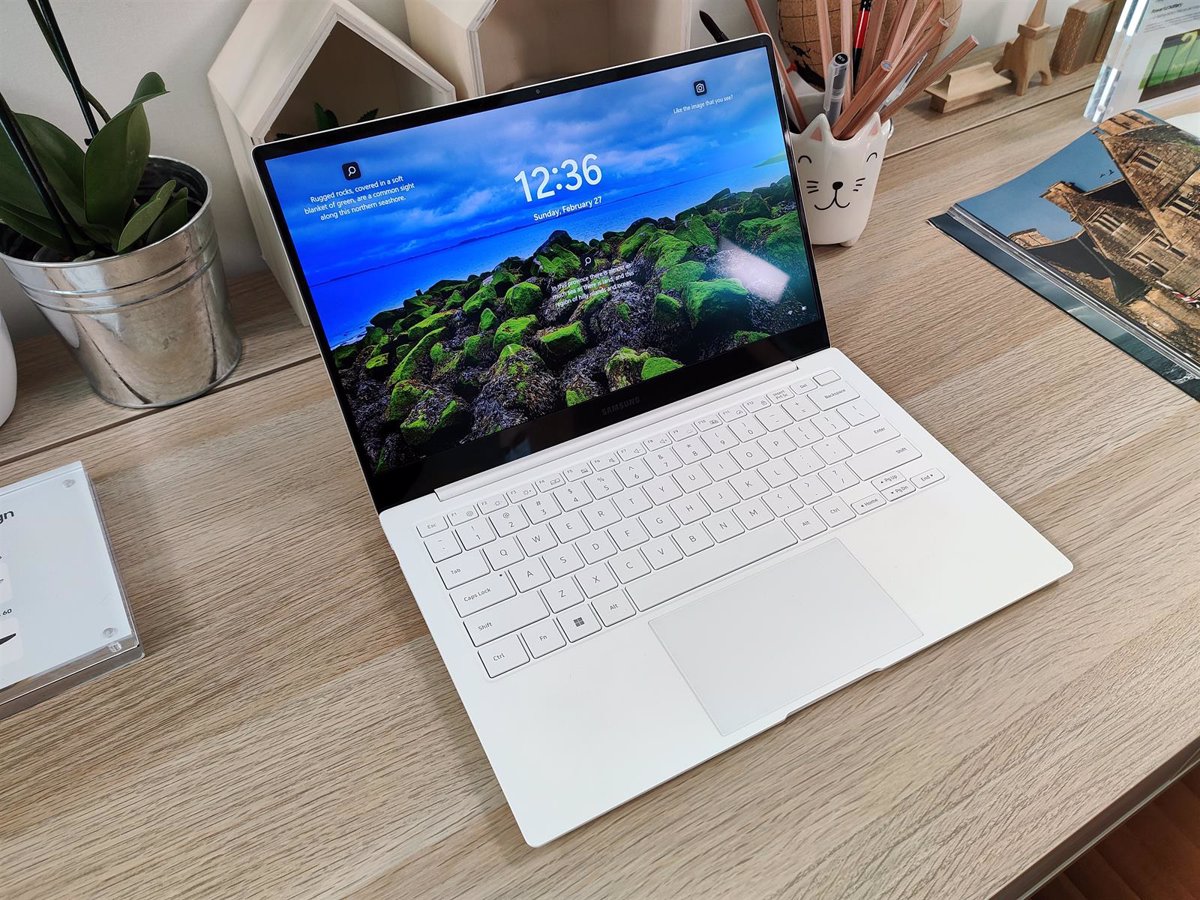 These devices come to complete the differential characteristics of their predecessors, Galaxy Book Pro and Book Pro 360, such as their long autonomy, thin thickness and light weight.

In addition, they are manufactured in the same colors, which are silver (Silver) and graphite (Graphite), although the Galaxy Book2 Pro 360 includes a color version Burgundy (Burgundy).

Both come standard with Microsoft’s Windows 11 operating system with Secured Core technology and integrate 12th generation Intel i5 and i7 processors with Intel Evo distinction and they carry the fingerprint recognition sensor on the power button.

The CPU has an intelligent performance manager that allows adapting the power consumption according to the activity that is running: Optimized mode (comes by default), High performance (for gaming), Quiet mode (for web browsing), and Silent mode.

In both sizes, this model has several ports, in addition to USB-C, Thunderbolt 4, USB 3.2, HDMI, 3.5mm for headphones and micro, as well as a microSD card slot (with optional nano SIM in the 15.6 version). inches).

The graphics of this laptop also depend on its size, since the smallest model works with a card Intel Iris X Graphicswhile the 15.6-inch does so with the same e Intel Arc Graphics.

It has two-way stereo speakers with Sound by AKG technology, Noise Cancellation and Dolby Atmos, it has a capacity of up to 1 TB with an NVMe SSD hard drive and different configurations of LPDDR5 memory, with a capacity of 8, 16 or 32 GB.

In addition, it has support for 5G technology, Wi-Fi 6E802.11 ax 2×2 for the larger model, as well as wireless connectivity with Bluetooth v5.1.

This laptop expands to its two versions WiFi 6E, 802.11 ax 2×2 and Bluetooth v5.1, and has several ports: a Thunderbolt 4, two USB-C and another for microphone and headphones.

Like the other device released by the Korean company, this one has various LPDDR5 internal memory configurations, 8, 16 and 32GB. In addition, it has an internal storage capacity of 256, 512 GB or a TB SSD.

It also incorporates a graphics card Intel Iris X Graphics and stereo speakers with Sound by AKG technology and Dolby Atmos system. It also has services already seen in previous models of Galaxy Book, presented in April of last year.

Samsung Galaxy Book2 Pro and Galaxy Book2 Pro 360 work with MultiControl an option to connect two devices from the Samsung ecosystem and be able to use, for example, a tablet as a second screen with a single control from the computer keyboard.

They can also set a wireless connection with mobile phones of the brand to transfer the content of the screen to the panel of the computer and manipulate the applications of the terminal from the equipment.

Other features available on these devices are Private Share and Quick Shareto share files between offline devices privately, or Galaxy Book Smart Switch for the management of documents through different devices.

At the presentation event, the company has indicated that the chassis of the laptops will be the element that sets the final price, although it has indicated what the figures will be between which these devices will move.

The Samsung Galaxy Book2 Pro will start from the 749 euros while the Book2 Pro 360 will do it from the 1.299 euros. However, Samsung has announced that it will share more details next April.