The antennas arrived to connect to the internet by satellite 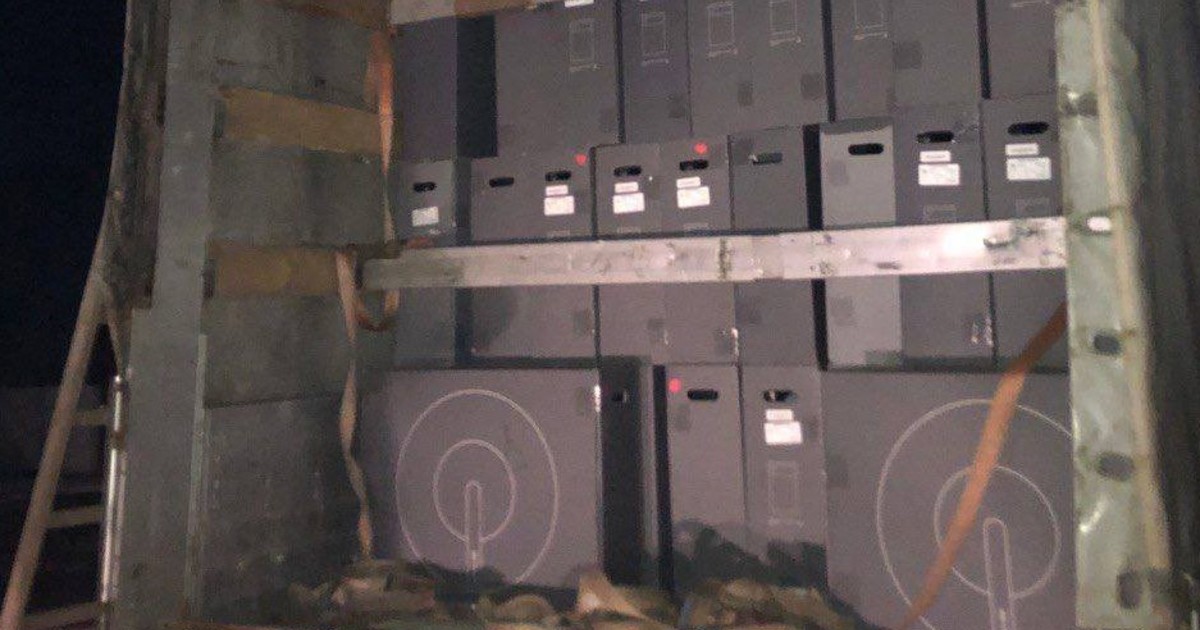 One day after Elon Musk announced the arrival of Starlink satellite internet service in Ukraine the Minister of Technology of the country invaded by Russia, Mykhailo Fedorov, published a photo with the arrival of the antennas.

“Thank you, Elon Musk,” he tweeted, to which the Tesla and Starlink founder himself replied “you’re welcome.”

“Starlink service is already active in Ukraine Musk had tweeted yesterday, saying that the terminals were on their way.

Starlink is a constellation of internet satellites that blanket the planet with high-speed broadband and could bring connectivity to billions of people who still lack reliable internet access. Namely, brings connectivity to hard-to-reach places.

The peculiarity is that everything was triggered from a Chicana of the minister. Fedorov had tweeted him: “While you are trying to colonize Mars…Russia is trying to occupy Ukraine! While your rockets successfully land from space, Russian rockets attack the Ukrainian civilian population. We ask you to provide Ukraine with Starlink stations and turn to sensible Russians to keep up.”

In fact, the Twitter exchange occurred after Russian leader Vladimir Putin ordered his country’s deterrent forces, which include nuclear weapons, to be put on high alert. Ukrainian Deputy Interior Minister Evgeny Yenin said that the talks between the Russian and Ukrainian delegations will take place on Monday morning.

Connectivity has been a key point in the Russia-Ukraine war. Not only because of the effectiveness of communications but because of the news that circulates, much of it false and adulterated.​

And this is not Musk’s first foray into the subject. Russia and the United States have had a scientific relationship for years to explore space. Both powers share the guardianship of the International Space Station (ISS). But due to the war with Ukraine and the US blockade, the director of the Russian Space Agency said that they could leave the space laboratory. However, Elon Musk came to the rescue.

Elon Musk, CEO of Tesla, SpaceX and the richest man in the world. Reuters photo

As if to establish a dominant position, the director of Roscosmos, the Russian space agency, Dimitry Rogozin, warned that to prevent the ISS from collapsing against the United States or Europe, Russian technology and experience are needed.

Through a tweet, Rogazin said: “If you block cooperation with us, who will save the ISS from an uncontrolled orbital exit that could fall on the United States or Europe?”

What nobody had foreseen is the intervention of a private force. Thus, Elon Musk himself responded to Rogozin’s threat with the SpaceX logo.

What is and how does Starlink work?

Starlink, the satellite Internet project of Elon Musk, the creator of the Tesla and SpaceX companies, continues its expansion at a steady pace. The company’s goal is to achieve global coverage that allows it to provide low-cost broadband.

The initial beta phase of Starlink, experts say, allows access to data speeds that vary from 50 Mb, 150 Mb and a latency that varies from 20 to 40 milliseconds in most locations.

Beyond mentioning that it is still very far from the promised 10 Gb per second, it is known that if something attracts the South African tycoon Musk it is large-scale challenges. That is why he assured that his aerospace agency will launch 120 satellites monthly to meet his goal.

They estimate about 12,000 satellites in orbit, and then you have to pay a monthly fee to connect from anywhere with the device you have. One aspect is clear: not to compete but to complement fiber or 5G connections.

On the one hand, you have to pay the price of the hardware kit, which contains the antenna, the router, and all the cables. This first disbursement can reach 500 dollars. Then comes the turn of shipping, which would be 70 dollars. In both cases, it is always necessary to check if the variation of the values ​​in terms of the place of residence.

Finally, and what most take into account to add to the list of monthly expenses is the internet service itself: 99 dollars per month.