“Your secrets will never be safe” 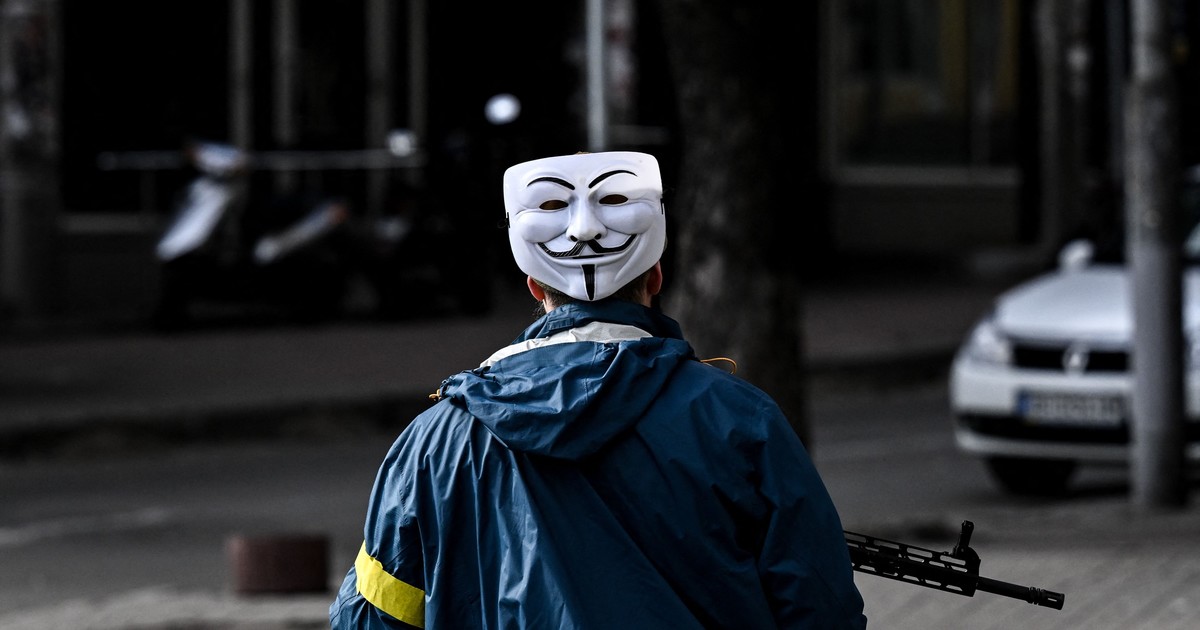 Anonymous declared cyber war on the Kremlin. The group of hacktivists established a position in favor of Ukraine and, after disabling dozens of news channels, claims to have hacked the space agency and sent a direct threat to Vladimir Putin: “We will reveal all your secrets.”

Apparently, the hackers managed to manipulate some maritime data affiliated with Putin’s $97 million luxury yacht “Graceful”, which they renamed to “FCKPTN”.

In plan of attributions, Anonymous, claims to have hacked and closed the Russian space agency, Roscosmos so that Vladimir Putin “no longer has control over spy satellites” in the midst of his invasion of Ukraine.

So much so that Network Battalion 65 or ‘NB65’, a hacker group affiliated with Anonymous, posted information on Twitter from the Roscosmos server and claimed that was able to download and delete sensitive files related to satellite images and the space agency’s Vehicle Monitoring System.

The group also claimed responsibility for targeted attacks on various Russian websites and media outlets, including the state-owned Russia Today, the Defense Department database breach, and access to other sensitive information, all in days after the invasion of Ukraine by Putin’s forces.

The first offensive was to block the official portals TASS, Fontanka and Kommersant, in which the collective launched the following message: “Dear citizens, we ask you to stop this madness: do not send your sons and husbands to certain death. Putin has told us lied and put us in danger. We are cut off from the world. They have stopped buying our gas and oil. In a few years we will live like North Korea.”

Throughout the weekend various Russian radio and television channels were also disabled. Another of the main objectives of Anonymous is attack the official pages of the Russian government such as the page of the State Duma, which is the lower house of the Federal Assembly of Russia, or the Ministry of Defense.

The hacker group has also warned the Russian president that it will reveal its biggest secrets.

“We want a future for all humanity. Therefore, your secrets will not be safe anymore. Putin, we plan to expose everything you have hidden for years,” Anonymous said. Russian pro-Kremlin channels have been accused of broadcasting Russian propaganda, spreading the false idea that the offensive is a “special operation”.

In addition, some social networks have been restricted on Russian territory, preventing netizens in Moscow and St. Petersburg from learning about the devastating consequences and suffering in Ukraine.

We recall that, days before Russia began the invasion, Ukraine suffered several DDoS cyberattacks -denial of service attacks- that blocked access to the pages of the PrivatBank and Oschadbank banks, in addition to the page of the Ukrainian Ministry of Defense.

The European Union has already alerted the different countries and their large companies of the possibility of suffering cyber attacks in this war that also affects cyberspace.