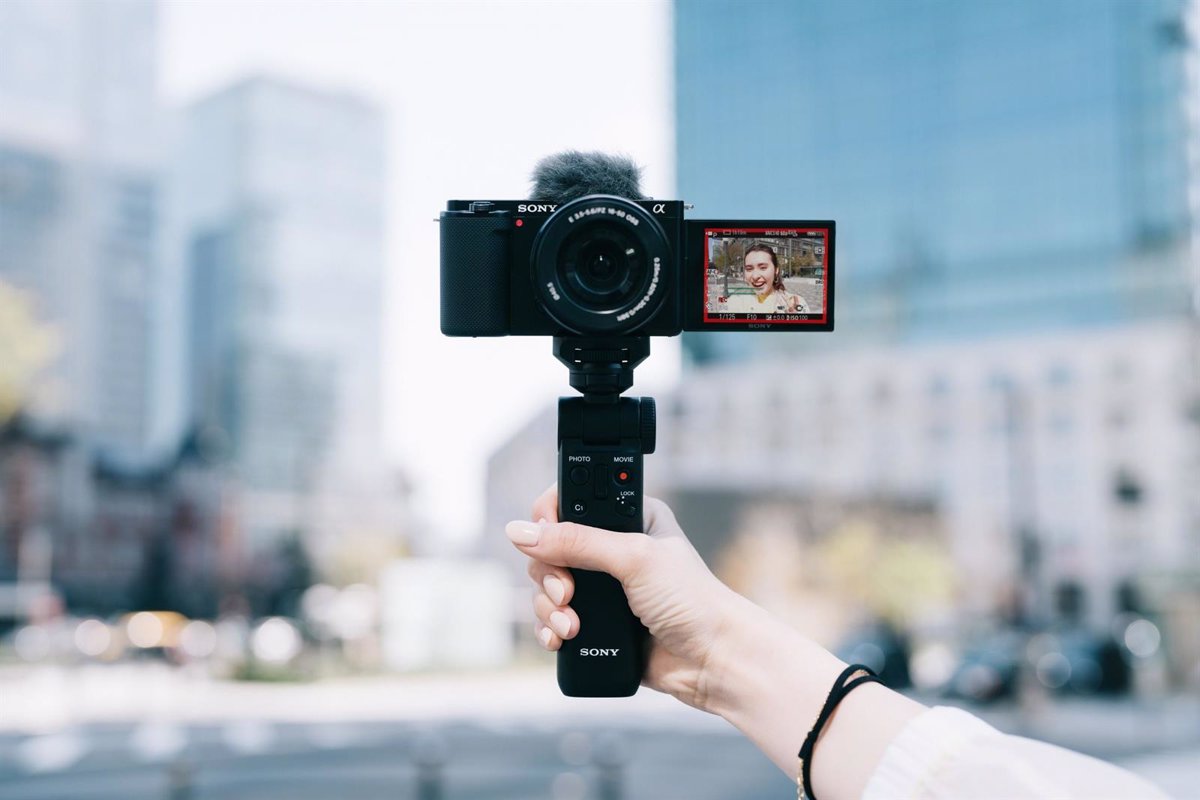 Sony has announced the first vlog camera with interchangeable lenses of the Alpha series, the new ZV.E10, that presents a design thought so that it can be used both indoors and outdoors, with just one hand.

In it, Sony has incorporated the specific functions for ‘vlogging’ included in the ZV.1 digital camera, such as ‘Background Defocus’, which allows you to switch between a blurred background (bokeh) and a sharp background, as well as the ‘Product Showcase Setting’ mode, which allows the camera to automatically change the focus of face to an object that has been marked.

The design of ZV.E10 is specially designed for video– Therefore, it is a light equipment (343 grams) and includes a Variable angle LCD screen and side opening which allows external microphones to be attached to the top of the camera. It also has functions for ‘videobloggers’, such as a new botón ‘Still/Movie/Slow’ y ‘Quick Motion’ located on the top of the camera allowing you to easily change the shooting mode with just one touch.

The ZV.E10 includes ‘Fast Hybrid AF’ and ‘Real.time Eye AF’ to make Real.time video tracking of the subject’s face and eyes to maintain fast and accurate autofocus. Autofocus parameters such as ‘AF Transition Speed’ and ‘AF Subject Shift Sensitivity’ can also be customized to choose from a fast focus or slow focus– And the ZV.E10’s touch focus function allows you to intuitively set the focus position on photos simply by touching the screen.

The new camera uses Sony technology to capture clear sound recording that clearly captures the voice of the person speaking. This is made possible by a three.capsule directional internal microphone and a supplied windscreen to greatly reduce wind noise.

To expand audio options, the ZV.E10 includes a digital audio interface via the Multi Interface (MI) Shoe and a connector for add an external microphone. Another headphone jack enables precise monitoring of sound recordings. The audio output ‘timing’ can also be set to ‘Live’ or ‘Lip Sync’.

And to prevent the person’s face from being overexposed or underexposed, the camera employs the original ‘Face Priority AE’ (automatic exposure) algorithm capable of quick AE changes when shooting in different settings with drastic light changes.

The camera has been designed so that it can be handled comfortably. To do this, it presents a grip for easy grip and a large ‘MOVIE’ button that is located on the top of the camera.

It also has a tally light on the front body, which indicates the status of the recording at a glance. And it displays a red frame on the LCD screen during recording to let the user know if recording is active when behind the camera.

Sony has stood out as an exclusive feature of the ZV.E10 camera the zoom lever, It can handle optical zoom with motorized lenses and Clear Image zoom for fixed lenses. By pairing the camera with a fixed lens, the user will be able to zoom without losing resolution in the video to maintain a full 4K video. You can also choose between eight zoom speed settings.

The autonomy of the camera allows Capture up to 125 minutes of video or 440 images on a full charge. To conserve camera battery life, the ZV.E10’s Vari.angle LCD screen allows you to put the camera in power saving mode by closing it, and instantly shoot by opening the panel.

The ZV.E10 can also be used as high quality webcam or a live ‘streaming’ camera if it is connected to a PC or ‘smartphone’. And with Sony’s ‘Imaging Edge Mobile’ application, images and video files can be transferred to a mobile device via WiFi – also RAW.