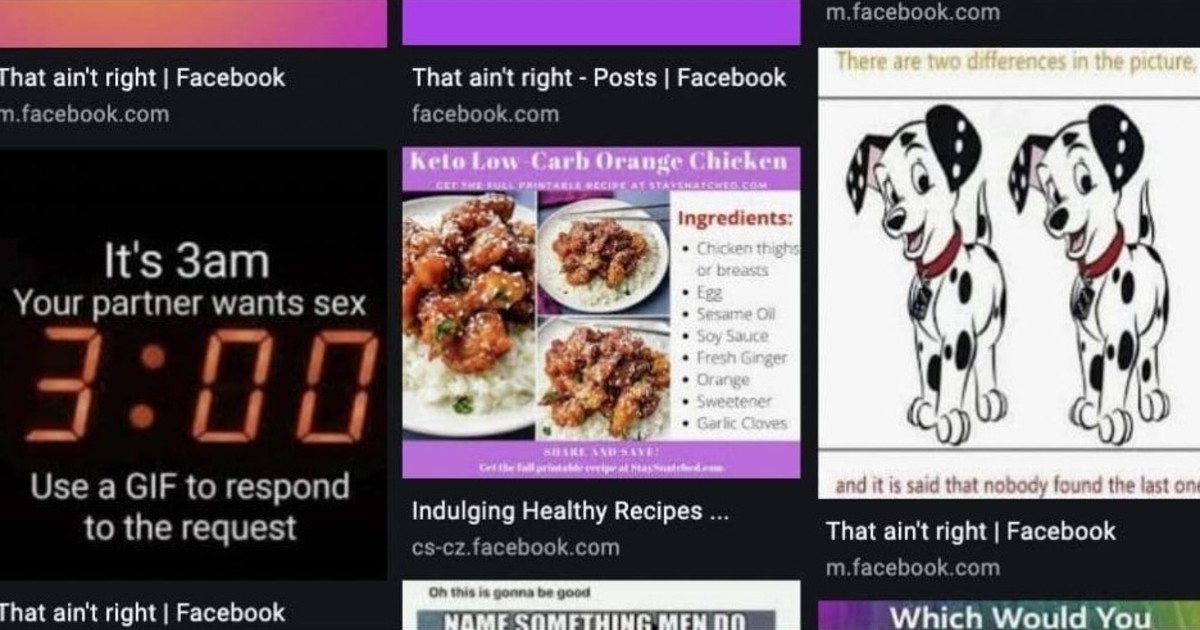 For breaking the content restrictions, Meta took down the most popular Facebook page in the last three months. Although the firm initially declined to name it in public, it was eventually revealed: it is “That Ain’t Right” (“That is not right”).

It’s a low-quality meme and viral content page including food recipes, riddles, and some sexual stuff. It was taken down on suspicion of being a data mining fraud, according to Business Insider, but not before accumulating roughly 122 million views between October and December.

Right-wing spokespersons and pages were able to simply modify the listings, giving the impression that the platform was actively encouraging this type of information through its algorithms. Despite the company’s attempts to refute such assertions, Meta’s recent report on “widely viewed material” for the previous quarter does not appear to be any different.

What was the reason for her discharge?

Facebook removed the page because it was drawing low-quality interactions.

According to rumors, the page was taken down on suspicion of being a data mining fraud, but only after they had virtually achieved their maximum number of members.

Despite the fact that the page was taken down by Facebook in January, some photographs of memes made by the account are still showing up in Google search results.

According to evidence from The Internet Archive, Facebook took down the page in late January. The page has been totally “erased,” according to a source from a social media tracking company, yet certain images of memes posted from this profile still appear in Google search results.

Due to continuous violations of cybersecurity regulations and inauthentic activity, the page was permanently banned, according to a Facebook spokeswoman. “The pages that were removed for these types of infractions used banned measures to boost the popularity of their articles, such as creating fake accounts and spamming other users,” he continued.

The website was previously recognized as the sixth most visited page in the company’s third-quarter transparency report, with over 112 million visits.

Much of the most popular Facebook material is now linked to TikTok’s @thataintrightofficial account, according to the company’s newest report released Tuesday. TikTok, on the other hand, has deactivated that account, and none of his posts are visible on the platform.

An affiliate of The Ecommerce Foundation, a European business body, listed That Ain’t Right as a scam page in 2021. He cautioned people, stating that the Facebook page was designed to encourage personal data engagement.

The company’s campaign to improve its image continues, despite internal reports causing controversy.