The formation of cells capable of coloring and camouflage, similar to those of an octopus 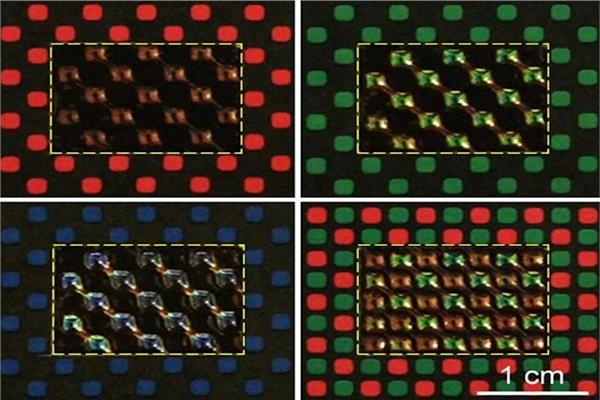 A group of scientists has created an artificial replica of the cells found in octopuses and squid that allows these marine species to camouflage and conceal themselves by matching their colors to their environment.

This, according to University of Pennsylvania researchers, could lead to novel camouflage applications in robotics, architecture, and other domains like coding and optics.

The researchers noted that chromatophores, which are peculiar cells found in octopuses and squid, can expand and retract the inner reflective plates in reaction to external stimuli, allowing these mollusks to blend in with their surroundings and signal aggression or mate readiness.

The researchers employed thin, flexible films comprised of a polymer network of liquid crystals to create an artificial ‘chromatophore’ that can change hues from near-infrared to visible ultraviolet light on demand in their new study, which was published in Nature Materials.

According to the findings, the membranes are situated atop a network of small cavities, each of which can be inflated to a precise pressure.

Color-changing materials, which have traditionally relied on mechanisms like 75 percent deformation to convert from red to blue, for example, required the new films to be pressed to alter their hues to anything within the visible range.

The scientists claim that previous designs incorporating this mechanism would have been impossible to use in settings with fixed dimensions, such as displays or windows, but because the artificial chromatophores require less than 20% deformation, they believe they can be arranged like pixels on an LCD TV screen.