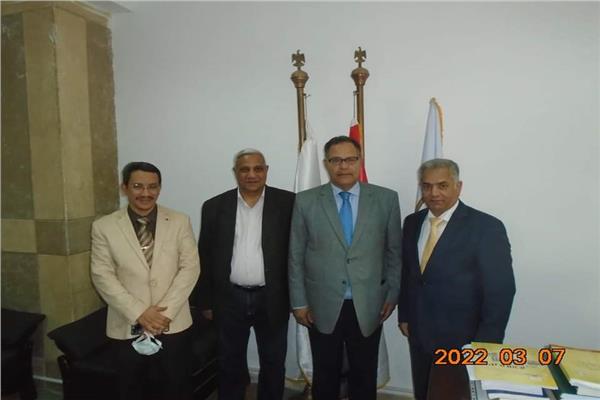 The lecture was held under the auspices of Dr. Mahmoud El-Metini, President of Ain Shams University, and Dr. Abdel Fattah Saud, Vice President for Education and Student Affairs, and Dr. Mamdouh Eldamaty, Dean of the Faculty of Archeology and former Minister of Antiquities, and the supervision of Dr. Hossam Tantawy, Vice Dean for Education and Student Affairs, and the implementation of Tamer Tharwat Al-Assal, Director of the Student Welfare Department, and the organization of the College Students’ Union.

Before starting the lecture, Dr. Mamdouh El-Damaty, Dean of the College and Former Minister of Antiquities, presented by Dr. Muhammad Abdel-Maqsoud to the audience and presented a brief summary of his biography and the most important practical stations in his life, foremost of which was his occupation of the position of Secretary-General of the Supreme Council of Antiquities, the presidency of the Egyptian Antiquities Sector, his membership in the Excavations Mission of Ain Shams University in Arabs of the fortress in Mataria, and his leadership of the Sinai excavations for many years.

Dr. explained. Hossam Tantawy, Vice Dean for Education and Student Affairs, said that this event comes within the framework of what the Faculty of Archeology is witnessing in the development and implementation of training programs that include lectures and workshops aimed at providing students with an opportunity for direct intellectual contact with those with practical experience in the field of specialization, and training them to link information between They receive it in the lecture halls and what they hear in such a lecture or symposium to come up with the idea and conclusion.

Tantawy added that other goals include educating and providing students with different information and training them in the art of listening, methods of asking questions and methods of meaningful dialogue, in addition to calm, order and discipline in punctuality.

During the lecture, Dr. Mohamed Abdel-Maqsoud The history of the Egyptian excavation mission in Sinai for more than 25 years, during which he headed and worked with a number of archaeologists in the North Sinai antiquities region, and a number of trainees from all regions of Egypt’s antiquities. His Excellency reviewed the most important works of this mission and the sites it revealed The antiquities of the “Habwa 1-2-3” area, and a number of artifacts on which the name of the city “Tharu” was engraved in the Habwa region, confirming that the discovery of the site corresponded geographically with what was mentioned in the famous inscription of King Seti I, which is the oldest topographic map of the eastern entrance to Egypt, which is located on the wall. The northern exterior of the pillared hall in the Karnak temples in Luxor, as well as the discovery of the course of the Pelosi branch, and the remains of crocodile skeletons, and it is the site corresponding to the realization of the “Tharu” site, at the beginning of the Horus Road area, between Egypt and Palestine, where the “Horus Road” area is an eastern entrance to Egypt.