Warming threatens to kill the largest living structure on Earth 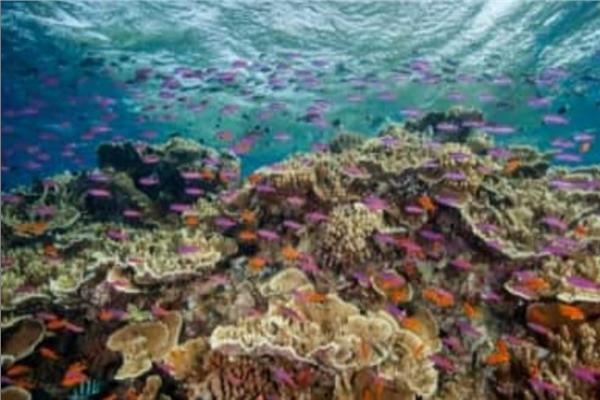 The Intergovernmental Panel on Climate Change has released its sixth major report on the health of the planet and stressed that if temperatures in the Pacific continue to rise in a phenomenon known as bleaching, it would kill the remaining coral reefs that make up Australia’s Great Barrier Reef.

The phenomenon of “bleaching” occurs as a result of ocean temperatures rising above the normal range, which causes the warm water to release the coral reefs of the plants that feed them and make them colorful, turn white and get sick, and often die very quickly, according to what the scientists said, expecting the report to continue warming, Thus, the phenomenon of “bleaching” is amplified.

The Great Barrier Reef is the largest living structure on Earth, with a reef of more than 2,300 km in length. It is home to thousands of species of fish and other animals, such as giant oysters, whales, dolphins and birds among other species that depend on coral reefs for living.

Humanity also benefits from coral reefs, as they are very popular among visitors and tourists who bring a lot of money to the region, especially before the start of the COVID-19 crisis, the output of coral tourism was about $ 4.6 billion annually in the Australian economy. The industry also supported more than 60,000 jobs.

The reefs have been the center of the 40-year career of Tony Fonts, the world-class professional diver who taught the sport and led diving trips to the Great Barrier Reef.

Fontes said he saw the coral reefs after a bleaching event, and described the water turning white from the remains of floating corals, with the devastation caused by wildfires, due to warming and climate change.