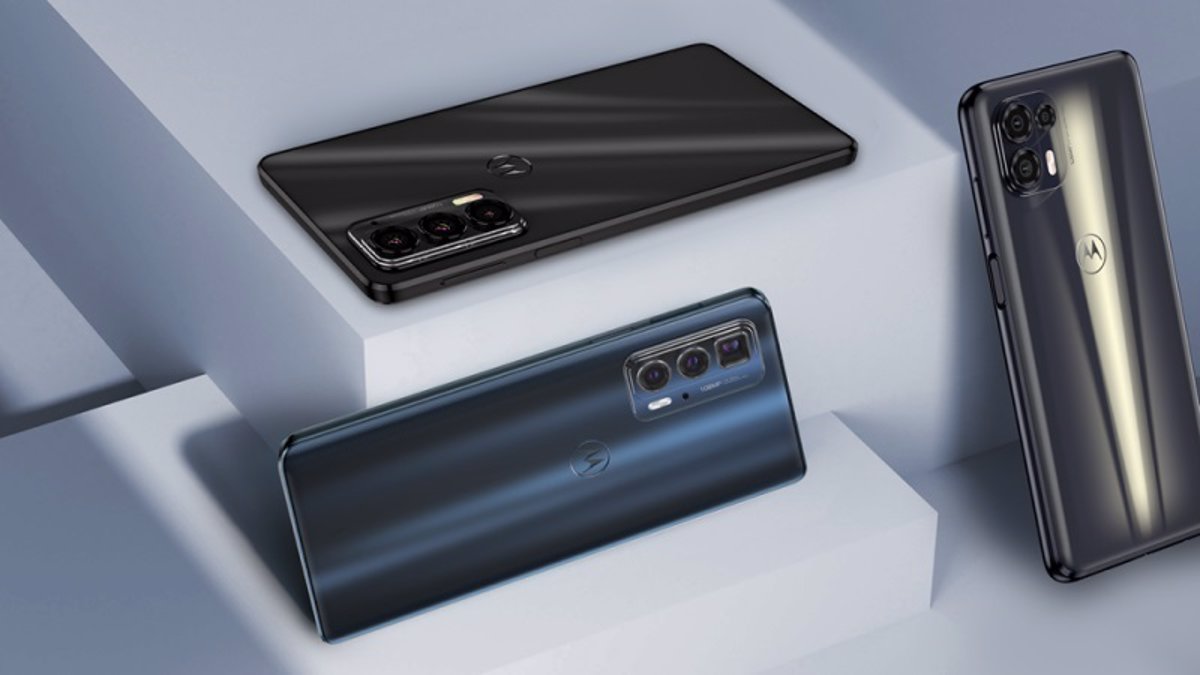 Motorola has presented its new family of ‘smartphones’ motorola edge 20, which leads the pro model with its 108 megapixel camera and periscope telephoto lens of up to 50x magnification and Snapdragon 870 processor and autonomy of up to 30 hours with 5G.

The new motorola edge 20 family is part of the company’s mission to democratize the latest technology and is guided by a consumer.centric design approach, resulting in more powerful processors than the previous generation, a main camera with larger pixels and motorola’s first periscope.style zoom with up to 50x.

The three models that make up this family (edge 20 pro, edge 20 y edge 20 lite) are compatible with the ‘Ready For’ software platform that extends the capabilities of the ‘smartphone’ with the new wireless connection and PC compatibility, to use the phone on a larger screen.

And they also work with Android 11 in its pure version, on which the experience has been built ‘My UX’, It includes the specific applications and customizations of the brand.

Across the entire Motorola edge 20 family, the company has focused on improving camera quality. The motorola edge 20 pro offers a new 108 megapixel (MP) main camera, One of the largest motorola camera sensors with 1 / 1.5 inch optical format.

It also has a goal ultra wide angle with integrated ‘Macro Vision’, which allows you to capture four times more of the scene in the frame to capture more of the environment and fit more people in each shot. Macro Vision also allows you to get five times closer to the photographed subject in close.ups, up to three centimeters away.

The third chamber represents the first periscope.type telephoto lens motorola, which bends light 90 degrees for clarity greater than 5x away. You can also zoom from up to 50x and in video, record in 8K resolution.

With this smartphone, Motorola brings the 5G connectivity to any user along with the next generation speed of WiFi 6. It works with the processor Snapdragon 870 from Qualcomm and has 256 GB of onboard storage and 12 GB RAM.

Motorola claims that this device provides more than 30 hours of autonomy with 5G on a single charge. It is compatible with TurboPower 30 fast charging technology, which offers nine hours of power in ten minutes of charging.

Motorola Edge 20 Pro will be available in the coming weeks in three colors: Midnight Blue, Iridescent White and Vegan Leather Blue with a starting price of 699,99 euros.

motorola edge 20 features a 6.7 inch OLED screen with 144Hz refresh rate. In the main camera, this device has the sensor principal de 108MP, the ultra wide angle and macro lens of the motorola edge 20 pro, plus a 30x Super Zoom telephoto lens.

Processor Snapdragon 778G supports WiFi 6 and 5G connectivity– It offers up to 128GB of onboard storage, and up to 8GB of memory along with a 4,000 mAh battery, and TurboPower 30 fast charging.

motorola edge 20 (exclusively sold through the Motorola website) can be found in two colors: frosted gray and frosted white with a starting price of 499,99 euros.

The motorola edge 20 lite works with a chipset MediaTek energy.efficient, with support for 5G connectivity, which complements up to 8GB of RAM and a 5,000mAh battery with TurboPower 30 fast charging technology.

Motorola Edge 20 Lite will be available in two colors: Electric Graphite and Lagoon Green with a starting price of 349,99 euros.

Motorola has integrated new tools to capture content, such as dual mode, that allows you to record video or take photos with two cameras at the same time, to be able to capture both the person who is taking the photo and the objects that surround it.

Motorola edge 20 pro and motorola edge 20 models also feature audio zoom and the new super slow motion feature (Records 960 fps high definition). And to enhance selfies in the dark, the user can now use low light AI, which automatically analyzes the selfie to improve brightness and quality without doing anything else.