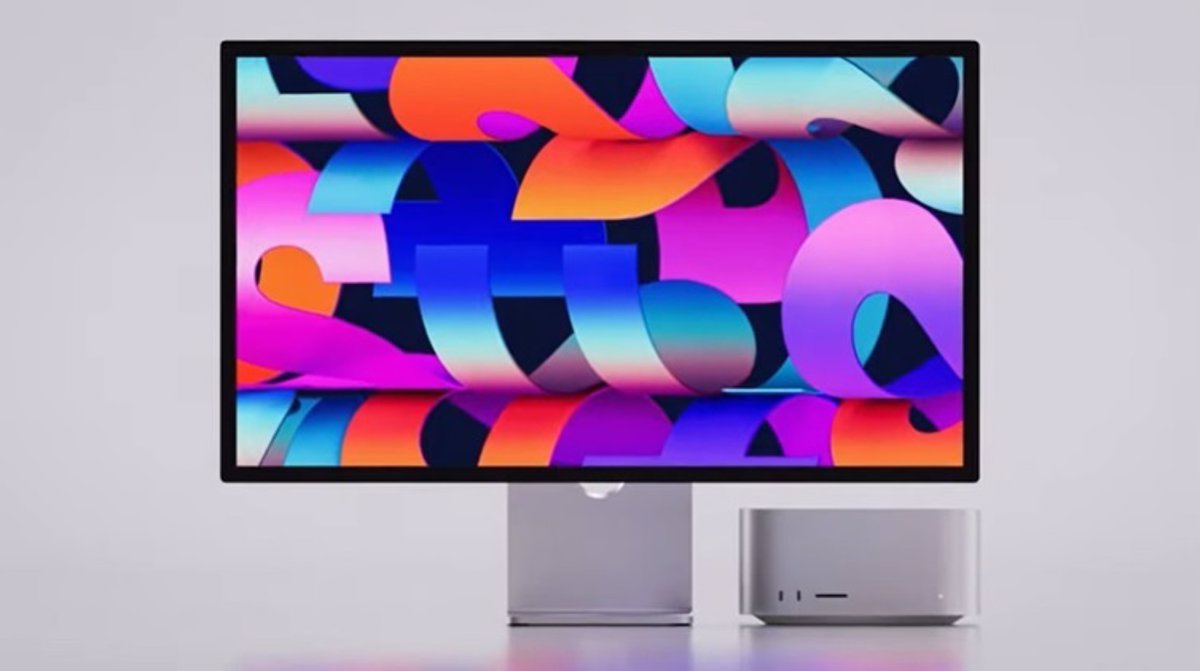 The company’s line of computers has been updated with Apple Silicon’s M1 processors for almost two years, but this Tuesday the company has presented the new addition, M1 Ultra, which powers the new Mac Studio high-performance computer.

Apple has announced what it considers to be “the next step” in Apple Silicon and Mac processors: M1 Ultra, the fourth component of the M1 family of chips that each new model has been scaling the architecture to achieve better levels of performance and efficiency.

In the new processor, Apple has introduced the UltraFusion architecture, that is, it has joined two M1 Max chips in such a way that they act as a single chip for the software, which speeds up workloads. To do this, instead of combining them on a motherboard, it has included an intermediater that connects the chips in more than 10,000 signals, to provide 2.5 TB/s of low-latency interprocessor bandwidth.

M1 Ultra integrates 114 billion transistors and consists of a 20-core CPU (16 performance and four efficiency) and a 64-core GPU, as well as a 32-core Neural Engine that accelerates machine learning tasks, since that executes up to 22 trillion operations per second. The company has also suggested that it be configured with up to 128GB of high-bandwidth, low-latency unified memory.

The new processor, along with another M1 Max, is at the heart of the new Mac Studio desktop, a compact (19.6 x 19.6 cm and 9.4 cm high) and square design with aluminum housing extruded with which the company promises great power.

It has a cooling system with two-way fans, strategically placed air circulation channels and more than 4,000 perforations on the back and bottom of the case, with which optimal air flow is achieved in the internal components, which helps cool high-performance chips.

On the front, connectivity options include two USB-C ports, which with the M1 Max chip support USB 3 at 10Gb/s and with the M1 Ultra chip support Thunderbolt 4 at 40Gb/s. There is also an SD card slot.

For its part, Studio Display is a screen designed as a complement to Mac Studio, although it is compatible with other branded computers. It features a 27-inch Retina 5K display, a 12-megapixel ultra-wide-angle camera with Center Frame, and a six-speaker high-fidelity sound system with spatial audio.