Printed spacesuit that generates oxygen and a drone for Venus 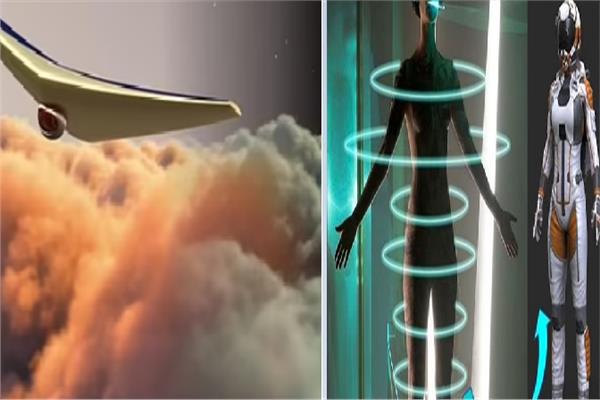 NASA has selected a number of futuristic technology concepts, which can be used to help humanity spread throughout the solar system and beyond.

A group of 17 researchers from nine states will participate in a $5.1 million grant from NASA, allowing them to conduct early-stage studies on technologies not yet developed.

Among the ideas that have been awarded a share of the funding are spacesuits that can generate oxygen from Mars’ atmosphere, and bird-like drones that can fly on Venus.

Known as the NASA Innovative Advanced Concepts (NIAC) Program, it was launched to nurture ideas that could transform future space missions ‘by creating breakthrough, radically better, or entirely new concepts in aviation’, if they come to fruition. The technologies also allow NASA to explore the moons of the gas giant’s world, or to look at the atmosphere of an exoplanet.

Study: A third planet around the nearest star to the sun and its mass is 6 times the mass of Earth

NASA said there was no indication of how long it would take for any of these technologies to become a reality, because this is a “very early stage” of research.

NASA gave an example of one such technology, which involves creating oxygen on Mars by absorbing carbon dioxide, which is being investigated by Arizona State University in Tempe, and incorporating it into spacesuits that are printed on demand.

The customized and cost-effective spacesuits will use digital thread technology, which integrates digital analytical components into the final product.

An astronaut steps into a body scanner and, hours later, walks onto the surface of Mars in a custom-made spacesuit, breathing in oxygen that has been extracted from the carbon dioxide-rich atmosphere of Mars, in an example provided by NASA.

Another example, from the Massachusetts Institute of Technology in Cambridge, might see “a bird-like inflatable drone flying through the sky, studying the planet’s atmosphere and weather patterns” on Venus.

Such ideas are currently science fiction, but could one day become a reality, a NASA spokesperson said, thanks to a new round of grants from NASA. The latest selection of concepts includes 12 new projects for a Phase 1 study, plus five awards. From the second stage it will allow researchers to continue their previous work.

The projects are still in the early stages of development and are not considered official NASA missions, but rather an early investigation of what could happen, knowing that all first-stage studies will receive $175,000 to study for nine months, and second-stage groups will receive $600,000 each to study over two years. .