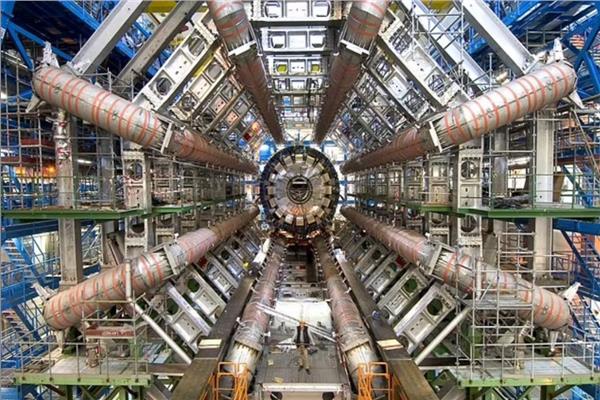 The European Organization for Nuclear Research (CERN) has announced that Russia is preventing new experiments from the Large Hadron Collider, following the military invasion of Ukraine.

CERN said in a statement that it will not participate in new cooperation with the Russian Federation and its institutions until further notice, and CERN also added that it will strengthen initiatives to support Ukrainian collaborators and Ukrainian scientific activity in the field of high energy physics.

The organization operates what is known as the Large Hadron Collider, the largest and most powerful particle accelerator in the world, best known for its 2012 discovery of the first Higgs boson.

The massive circular laboratory, which has a circumference of 16 miles, is located underground on the Franco-Swiss border near Geneva.

CERN’s board met on Tuesday to discuss “future interactions with Russia,” before announcing its decision, which outlined it in a statement posted online.

“The 23 member states of the European Organization for Nuclear Research condemn, in the strongest terms, the military invasion of Ukraine by the Russian Federation,” the statement read.

We deplore the resulting loss of life and humanitarian impact, as well as Belarus’ involvement in this unlawful use of force against Ukraine.

The statement continued: “The CERN management and staff have been deeply affected by the widespread and tragic consequences of the aggression, as well as the scientific community in CERN member states, working to contribute to the humanitarian efforts in Ukraine and help the Ukrainian community at CERN.”

As part of the decision, CERN also suspended Russia’s “observer” status with the council until further notice.

It should be noted that the observer nation states are not members. Instead, observer status has been granted to countries and organizations that have made “significant contributions to CERN’s infrastructure”.

To date, observer status has been granted to Japan, Russia, and the United States, as well as three organizations – the European Union, the Joint Institute for Nuclear Research (JINR), and UNESCO, while Ukraine is also not one of CERN’s 23 member states, except It is an “affiliate member” of CERN, which means that the country pays a reduced contribution to the CERN budget and benefits from research.

The Council affirmed that it is ready to take any further measures, as appropriate, in its upcoming meetings. In addition, the CERN administration will comply with all applicable international sanctions.

One physicist called for Russia to be expelled directly from the lab, CERN physicist Christoph Rempser. “Maintaining these connections, even on a scientific level, will give these gangsters an opportunity to further manipulate and terrorize our country and the whole of Europe,” he said.