Photography is still the battleground for smartphone makers. And it will be for a while 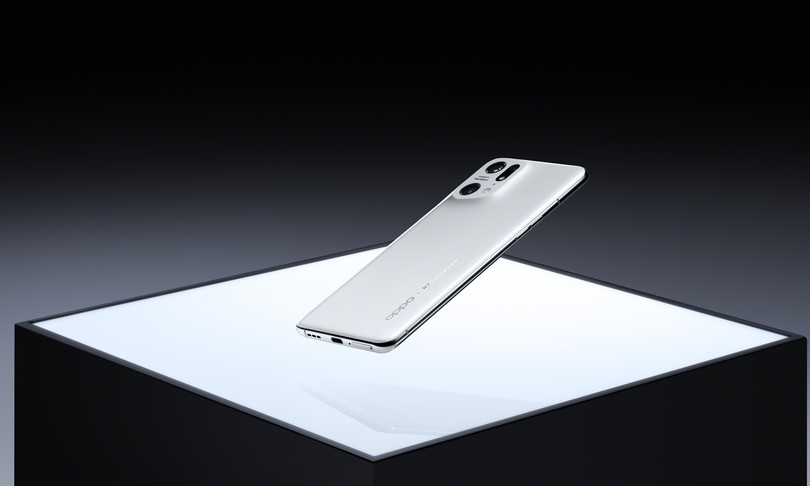 When technology no longer knows what to invent, it reinvents itself. This is what is happening with smartphones: a sector in which even the celebrated creativity of Apple seems to have suffered a setback (the release of the latest iPhone SE is the clear demonstration) and in the crowded Android world no one knows. more than holy to vote to convince users to switch phones.

Given that the promise of 5G – between calls, vetoes, pandemics and wars – struggles to find its own meaning and that the proliferation of IoT that was to accompany it is hard to arrive (thanks to the chip crisis), smartphone manufacturers have had to return, rather, stay on the already beaten roads. Indeed, on the most joke of all: photography.

Oppo, for example, has decided to invest everything in photography, so much so that it associates its name with one of the most celebrated brands in the sector: Hasselblad. To give an idea of ​​what this means in terms of quality, just think that to win an entry level Hasselblad camera you have to shell out more than seven thousand euros.

In reality it is a sharing of technology: exactly one year ago OnePlus announced that the cameras of its top-of-the-range smartphones would have Hasselblad technology, but the changes in hands in the complicated world of Chinese companies have mixed up the cards in recent months and so OnePlus – which is part of the Bkk Eletronics conglomerate sect of which Oppo is part – and so now on the body of the new Find X5 Pro of the Chinese giant the Hasselblad logo is on display and the photographic sensor has been developed together with the technicians of the German house .

We talked about the reason for this choice with Isabella Lazzini, Oppo’s head of marketing. But first a clarification: if after appreciating the great quality of the Find X3 you want to know what happened to the Find X4, put your soul in peace, you will never find it because the number 4 for the Chinese is for us Westerners the equivalent of the 13 and just as you don’t find the thirteenth floor in a European hotel, you won’t find the fourth in a Shanghai hotel.

“It’s a bit more complicated than that” laughs Lazzini, “We like to think we’ve moved on to 5 because it’s a double leap forward in terms of technology”

But he always and only goes to photography, or am I wrong?

With the Find series, Oppo confirms its will to aim for excellence which is supported by technology and the fact of designing an NPU designed for imaging (MariSilicon is the neural processor announced in December last year and based on a 6 nm, which guarantees greater efficiency and a 4-fold improvement in video resolution in low light conditions, ed) goes in this sense. Collaborating with Hasselblad is moving towards something that is worthy of Oppo’s philosophy of using technology as an art form.

But is the average user really interested in spending on a top-of-the-range smartphone when on social media the quality of the images is so compressed that it is impossible to appreciate certain qualities?

The fact that we communicate more and more through images means that photography is the front on which producers concentrate. It is probably true that there are users who do not come to appreciate some aspects, but there are those who want to go further. We think about them.

The expansion of Oppo on the Italian and European market is linked to the disappearance of Huawei. How are things going in such a fragmented landscape with so many players?

Last year we more than tripled the market share of over 400 euros. Our story has been able to win the hearts of content creators and the growth in 2021 compared to 2020 continues despite being a typically well-manned market segment.

MariSilicon X is the first proprietary NPU designed entirely by Oppo. Is it a way to begin to become independent from a supply chain that more and more demonstrates its fragility?

Developing the processor at home more than anything else goes in the direction of getting the best out of your device and not so much for geopolitical issues.

As aggressive as its market performance is, Oppo is still a relatively little known brand. Which clientele do you plan to expand to?

Ours is a more male than female user and therefore we would like to bring the narration of our technology also to a female audience, not necessarily to the very young. The brand has grown a lot: when we arrived, one in two knew it, today 8 out of 10. There is still a gap to fill. Trivially, the female audience can have a relevance in this and contribute to the awareness of the brand.