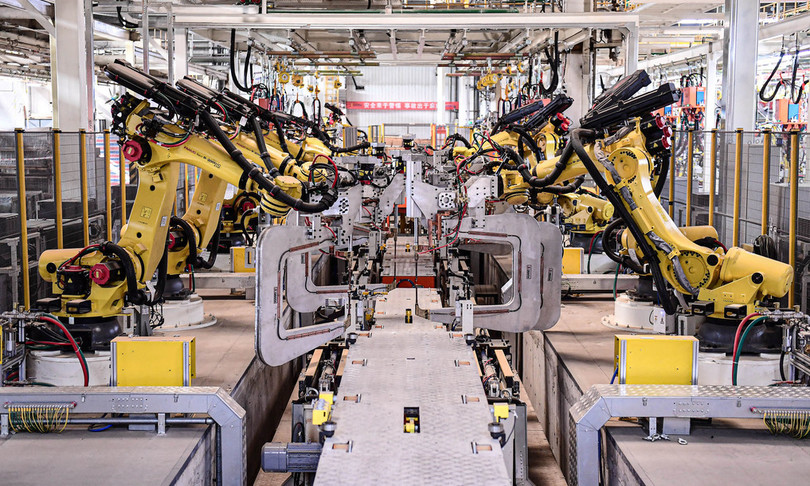 Yes, companies have understood that technology matters and that “full automation is approaching” in the manufacturing sector. However, it seems that “neither the decision makers nor the production staff have fully understood its consequences”.

Lo afferma il report “The Rise of the Smarter, Swifter, Safer Production Employee”,  realizzato dall’Ericsson IndustryLab. The analysis on the future of production seems to be increasingly aware from a technological point of view but is still not very clear on work and employment.

48% of the Italian companies interviewed use at least three advanced technologies (between artificial intelligence, video software for recognition and analysis, remote control of machines, vehicles and robots, virtual and augmented reality, autonomous driving, digital twins, collaborative robots and exoskeletons). 67% believe that at least seven will be adopted within a few years.

Globally, only 3% of respondents expect their business to achieve full automation. But an acceleration is now given for certain: the level of automation was 57% ten years ago, it is 69% today and is expected to reach 79% within ten years.

And yet, beyond half of production workers remain convinced that more employees will be needed between now and 2030 and only one in five estimates a staff reduction. Of the top roles, 87% expect AI to be used in manufacturing processes within the next decade, but 76% think more than half of the decisions will still be made by humans.

The Ericsson IndustryLab speaks openly of “inconsistency” between “the awareness of the transition underway” and “the belief that nothing will change”. According to the report, it is a “human” vision, but at the same time “naive”, as confirmed by the quote from one of the managers interviewed: “Before we had almost 450 operators, in three years they have been reduced by almost 40% thanks to robots and cobots “.

In other words: a perspective that looks at automation regardless of the impact on employment is at least incomplete. And therefore it needs greater depth, without apocalyptic tones, but also – to use the words of the report – without naivety.

From blue overalls to white collars

The advantages of automation are clear: 77% of the Italian decision makers interviewed (75% globally) believe that it has brought or will bring an increase in production speed. For 70% it led to a reduction in riskier jobs and for 68% it allowed or will allow cost savings.

Machines and robots can perform tasks with great accuracy, 24 hours a day, seven days a week. The argument that tends to limit their impact on employment is, in essence, that of the “three Ds”: automation will tend to replace “dull, dirty and dangerous” tasks. Low-skilled workers who carry out repetitive tasks are therefore more exposed. That to avoid losing their jobs, they must acquire new skills.

It is difficult to say that this view is wrong. But the report does not rule out that it may be partial, at least in manufacturing: “So far, the blue overalls have turned into white collars, slowing the reduction of the workforce within the manufacturing sector. Digitization and automation have allowed the shifting of low-skilled manual jobs towards tasks more oriented to process management and supervision. The question is whether this job exchange has run its course and whether a decline in the total number of staff is approaching ”.

What if: the unpredictable effects

The “three Ds” imply that non-repetitive jobs are safer. But, even in this case, Ericsson IndustryLab invites us not to have too many certainties. On the one hand, “many companies are starting to see an increasing need for expensive maintenance and repairs” due to the complexity of the machinery. It could therefore “have been underestimated” the need for staff in “dirty and boring” tasks (although they will require greater specialization).

On the other hand, “activities that require complex cognitive and intellectual commitment have been simplified”, thanks to artificial intelligence, machine learning and interfaces that make the dialogue between man and machine ever more intuitive. This could allow “lower educated employees to perform tasks that previously required an engineer or skilled worker.”

The fact that today it is difficult to find high digital skills does not deny but reinforces this scenario. The shortage, assumes Ericsson IndustryLab, “could further fuel the automation of more qualified jobs”. Translated: it is true that companies seek (often in vain) employees with advanced technical-scientific skills. But if the wait is too long, they will tend to invest more and more in technologies that can replace them.

In the manufacturing of the future, workers will have at their disposal “cognitive, sensory and motor tools”, which will allow them to interact more quickly and safely. Almost half of the respondents predict that, by 2030, a significant share of employees will have technological “prosthetics”.

The large availability of data will change production, giving rise to “pop-up factories”, which are opened and closed in a short time to meet the needs of a specific market. The “manufacturing-as-a-service”, that is a “production as a service” will be customary: the factories will not produce their own products but will respond to the needs of others.

As for employment, almost half of the workers expect to spend fewer hours in the factory and only 16% expect to work more. According to 54% of managers, there will be no room for everyone, making it necessary to introduce a universal minimum income.