A high – end with personality but from which we expected more 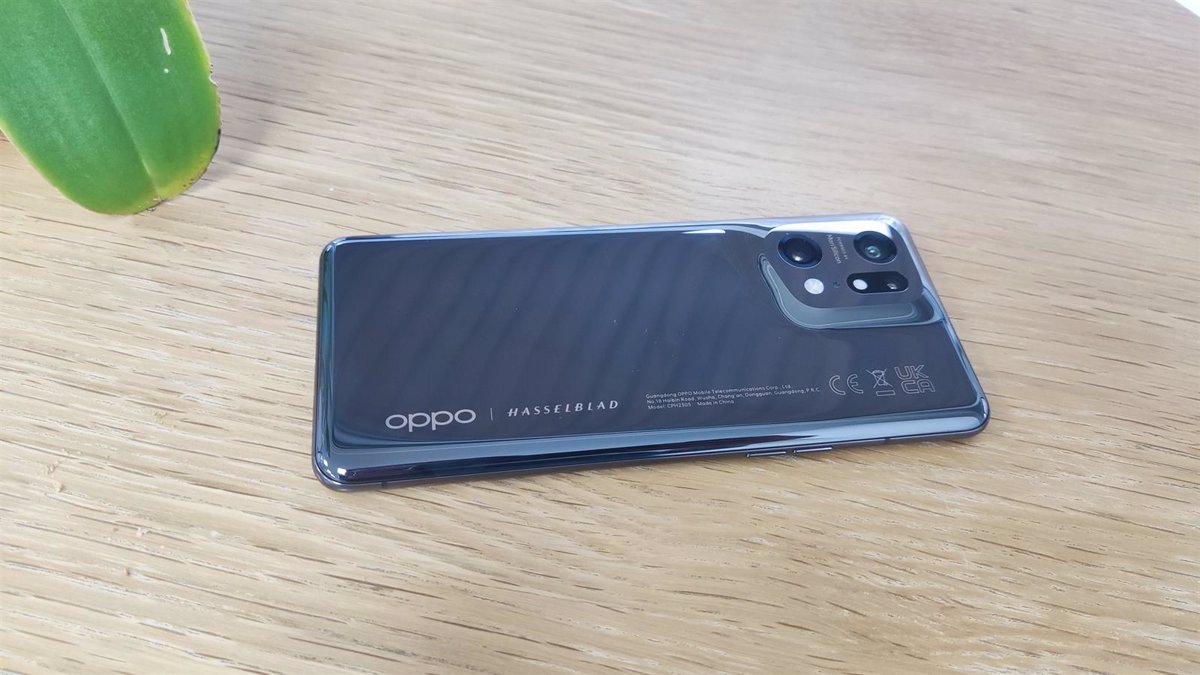 Find X5 Pro is Oppo’s latest commitment to the high-end mobile market. The Chinese brand strives to maintain the good momentum achieved after its predecessor Find X3 and to consolidate itself among the main brands in the market.

Find X5 Pro, which will start selling in Spain on March 14, it will cost 1,299 euros. It is part of a series in which the standard Find X5 is also found, it will be sold in Spain for a price of 999 euros.

At Portaltic we have been able to test Find X5 Pro for a few days, a device that we have found a great productivity tool with many successes but with the feeling that could have gone a bit further.

With Find X5 Pro, Oppo is betting on a design that it wants to become distinctive. The Chinese brand maintains its curved rear camera module, integrated into the body and with cropped lenses as Find X3 Pro already did.

The aesthetic effect that it achieves again is unquestionable and it stands out with respect to a panorama in which the majority of mobiles are increasingly similar. Of course, it does not manage to completely avoid the step effect and the device is not completely stable on flat surfaces.

Find X5 Pro, as a high-end device that it is, can also serve as an ally to improve performance in mobile video game games. His high-refresh AMOLED screen is fluid and high sampling helps in video games where every millisecond is crucial, like Pokémon Unite.

The biggest drawback of Find X5 Pro for video games lies in the sound, which although it has good quality, with low distortion bass and treble, it’s not stereo, and it lacks top speakers.

In this way, if the lower speaker is accidentally covered, such as when playing games, the sound is completely lost. This feature is especially missing in a premium range mobile, considering that it is present even in some mid-range models, such as Poco F3.

The performance of the device has been extremely smooth for us thanks to the power that it packs under the hood: Snapdragon 8 Gen 1 processor, the highest range of Qualcomm, and 12 GB of RAM.

Its battery is also up to the task, with a capacity of 5,000 mAh and, above all, with 80W wired and 50W wireless SuperVOOC fast charging. It is among the fastest though

However, in this aspect we want to draw attention to something that we did not like so much: just a week after presenting the Find X5 series, Oppo presented at MWC 2022 its load 150W SuperVOOC, that not only recharges 4,500 mAh in 15 minutes but doubles the charging cycles to guarantee 1,600.

Since it is a technology ready to reach the market, it seems incomprehensible to the end user that Find X5 Pro reaches the market without a technology that will be present in a terminal of another brand such as OnePlus 10 Prowhich was announced in January in China, but not on its own flagship.

Oppo Find X5 Pro especially boasts of its rear camera. Its triple rear camera, with a 50 MP Sony IMX766 main lens accompanied by a 50 MP ultra wide angle and a 13 MP telephoto allows you to get good pictures without much effort.

This is facilitated by the use of Oppo’s first self-developed NPU, MariSilicon X, with a particular focus on features such as night photography and video, but also by the color calibration provided by the firm of professional cameras Hasselblad.

We especially liked this combination that Oppo is committed to realism as opposed to more dramatic aesthetics, with highly saturated colors, which are found in some current high-end terminals from other brands.

Despite these two great advances in ‘hardware’ and ‘software’, we have not appreciated a significant qualitative leap with Find X5 Pro with respect to its predecessor, and even in some night shots of the beach, the result did not seem to us to be up to par. We have also missed microscope lens, the most significant element Find X3 Pro unique.

All in all, Oppo Find X5 Pro is a interesting continuation of an already outstanding mobile, with which Oppo seeks to make its way in terms of aesthetics and specifications in the ‘premium’ range but in which we have missed, beyond its design, unique features in the market that can be required of the fourth global mobile brand .