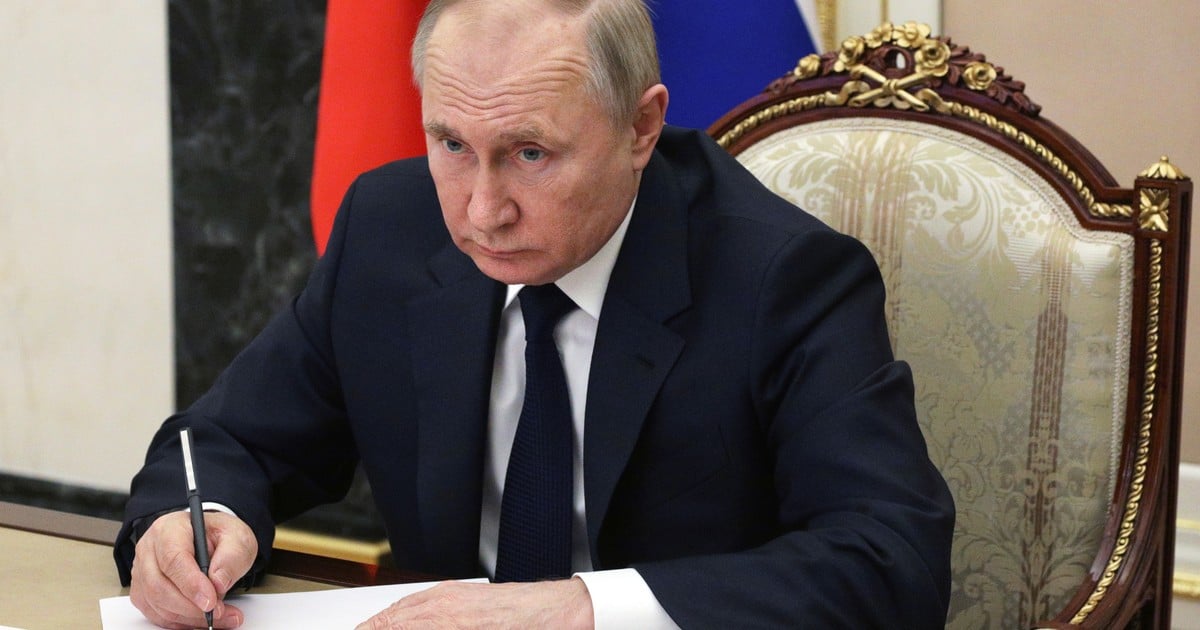 The invasion of Ukraine led to a series of sanctions against Russia that aim to isolate it from the globalized world. The latest information on a probable “Russian disengagement” from cyberspace not only do they suggest that it is, but that the Kremlin, far from feeling intimidated, would have put the plan in motion to carry it out.

In a world as globalized as the one we live in, is it possible for a country to live disconnected from the rest? North Korea is the clearest example. It’s not that the technology hasn’t reached the citizens of one of the world’s most secretive countries, but rather that its 3G network is operated by Koryolink, a business cooperation between an Egyptian company, Orascom Telecom, and the North Korean government.

All citizens are connected to a North Korean intranet called Kwangmyong, whose connections are controlled and monitored by the government of dictator Kim Jong-Un.

North Korea not only lives isolated from the world, but reality, truth and lies, are decided by the dictatorial government that has been in power for decades. Now, the country in the spotlight is Russia, where the Putin government went a step further by launching a project to isolate the Russian internet from the rest of the world.

Since the Russian invasion of Ukraine began on February 24, the Putin government has banned and limited the use of practically all social networks, from Facebook to Twitter, Instagram, TikTok, among others. McDonald’s temporarily closed its 847 establishments in Russia due to the conflict in Ukraine and the humanitarian crisis in Europe caused by the war started by Putin.

Coca-Cola, Pepsi and Starbucks suspended their operations in the Russian country. Apple stopped selling its products and limited the use of Apple Pay and the App Store. Netflix and Spotify also temporarily canceled their services. And so, an endless list of things that a Russian citizen can no longer do since the war in Ukraine began.

Technology companies, large multinationals, governments and institutions around the world are isolating Russia by disconnecting their services as a measure of pressure for the Kremlin to end the war against Ukraine.

However, these measures are not having the desired results. True to form, Putin is determined to carry out his plan and disconnect the country from global cyberspacewhich would completely isolate the Russian population, since no one would be able to access any Russian website and users from that country would not be able to access pages from the rest of the world.

Last Monday the Russian newspaper Kommersant leaked some emails signed by the Deputy Minister of Digital Development, Andréi Chernenko, in which he urged state websites and services to change the Russian domain name system before March 11. For its part, the Kremlin denied that it planned isolate russian cyberspace from the rest of the world. However, she did not deny that she is going to do it with government websites.

No access to Facebook. Russian users of the social network stopped accessing their profiles as a result of the invasion of Ukraine.

According to the same Russian media, the Russian government has ordered “abandon foreign hosting”, make use of Russian addresses, such as .ru, and use DNS servers located in Russia as security measures to deal with cyber attacks.

Precisely, a few weeks ago, Rolling Stone magazine revealed that the Government of Volodímir Zelenski urged ICANN, the Internet Corporation for Assigned Names and Numbers, to eliminate the domains assigned to Russia and turn off the DNS servers of that country to isolate it. Now, that is just what Vladimir Putin wants.

In just a few days, it went from “Ukraine asks to disconnect Russia from the internet” to “Russia intends to disconnect from the global internet.” And the worst thing is that you can do it thanks to RuNet, the Russian intranet. The consequences would be unpredictable.

Russia wants to launch its Internet, without the control of the United States or China.

The Internet is playing a key role in the war between Russia and Ukraine. And Vladimir Putin, who he has been planning for a long time, knows it.

On November 1, 2019, the “sovereign Internet law” came into force in Russia, which allows disconnecting connections to the global Internet within Russia if it is considered an emergency.

Moreover, it allows the Roskomnadzor, the Ministry of Telecommunications, to block without judicial authorization any content on the Internet that it considers suspicious. This decision already provoked massive demonstrations in its day, although it did not prevent it from being applied.

In parallel, the Kremlin created its own sovereign internet project, known as RuNet, which has already been successfully tested.

At the end of 2019, a first drill to “disconnect” from the internet. In July 2021, a disconnection was made that did not achieve a complete disconnection, but did allow Russia to slow down social networks such as Twitter. The Russian Defense Ministry has also blocked the Smart Voting website and app, developed by Russian opposition leader Alexey Navalny.

For the moment, according to the leaked emails, the Ministry of Digital Development of the Russian Federation would have proposed, on the one hand, that the government websites will change the hosting of their hosted services outside the country to national servers. On the other hand, delete from their websites the JavaScript code obtained from external sources. And finally, change their addresses to servers with the Russian domain name system (DNS).

The main argument of the Russian government to justify this measure can be summed up in one word: cybersecurity. At the moment there is also a cyber war being waged not only between Russia and Ukraine, but between Russia and the whole world.

As Russia bombards Ukrainian buildings, bridges, roads and hospitals with missiles, an “army” of volunteer hackers commissioned by the Ukrainian government are striking back from their homes. In the past week, Anonymous hacked various broadcasts of Russia 24, Channel One and Moscow 24 to broadcast images of the war in Ukraine.

Russia feels threatened, which is why it has also activated its group of hackers to boycott Ukrainian institutions and fight back.

At the same time, they strengthened their cybersecurity at the expense of the freedom of expression and opinion of Russians, at risk of death for years. On Friday, Instagram and WhatsApp were added to the list of social networks blocked by the Kremlin. Linkedin, Facebook, independent media such as Dozhd and Meduza and Twitter are also on this list.