Argentina | The distribution of free Connect Equality computers has begun: who is eligible to receive them? 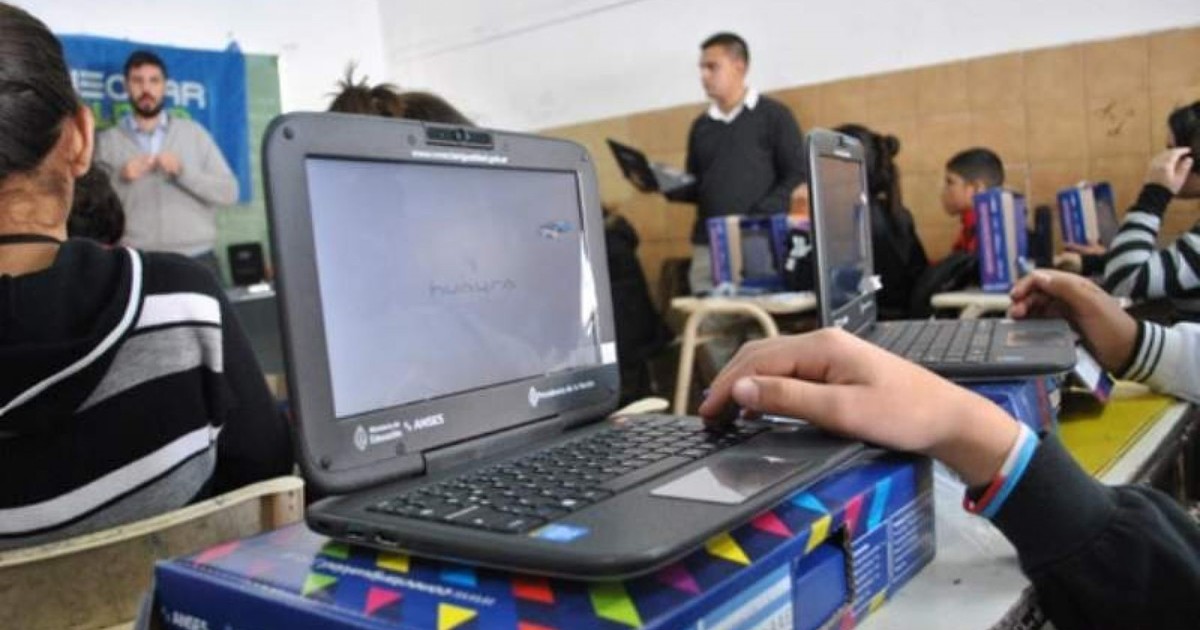 This Monday, the Nation’s Ministry of Education relaunched the Connect Equality program, which provides free notebooks to high school students. Ro Negro, La Rioja, and Tucumán were the first provinces to acquire these devices.

The Connect Equality Program’s goals include laptop distribution, increased connectivity, and the creation of virtual educational environments. It also strives to produce educational proposals in order to promote their inclusion in teaching and learning processes.

The benefit is in addition to other instruments introduced at the start of the school year, such as Food Scholarships, new registrations for Progress Scholarships at all levels, and Anses discounts on supplies and apparel purchases for all beneficiaries who pay via the organization.

The Ministry of Education has been delivering the first litter of the 500,000 computers that will be given around the country since the end of February, and another batch was delivered in March.

The notebook is all set to be shipped.

“Computers are for studying, so that teachers may teach and you can learn, but they are yours, yours, yours.” We want them to play with them, write with them, investigate with them, learn about them, express themselves, produce music with them, and share it with others,” said Jaime Perczyk, the Nation’s Minister of Education.

The Connect Equality teams first arrived in Argentina in Tucumán, where they gave 1600 laptops to high school students. Ro Negro, the Morón area, and La Rioja were among the locations where the Connect Equality laptops were delivered this week in March.

According to Ministry of Education requirements, these computers are provided to each student and teacher in secondary schools, state-managed special education schools, and the rest of the educational levels.

“We seek to ensure that everyone has access to a computer.” So that all kids in Argentina have the same opportunities and rights, because school connectivity is a fundamental right and, without a doubt, a tool for significantly improving the educational system,” Perczyk explained.

It should be highlighted that there is no need for open enrollment for the Connect Equality Program because the supply of computers will be determined by the government.

Jaime Perczyk is the Minister of Education for the United States. Guillermo Rodriguez Adami’s photo

The Juana Manso Federal Plan was delivering computers due to the pandemic. Students in their first year of high school have been the recipients. At the same time, the Plan Connected with You supplemented the measure. The same distributes tablets to Anses assistance recipients.

To this, Books to Learn is added, which is an educational policy that will provide Mathematics and Language Practices textbooks, as well as integrated area books, in Argentina’s primary schools on a one-to-one basis, based on the choices made by each jurisdiction.

With a total expenditure of more than $6,180 million, 8,247,321 books with 156 different titles will be supplied to 3,654,323 pupils who attend 19,320 state-run public primary schools, zero-fee private schools, and single-service private schools. the entire country