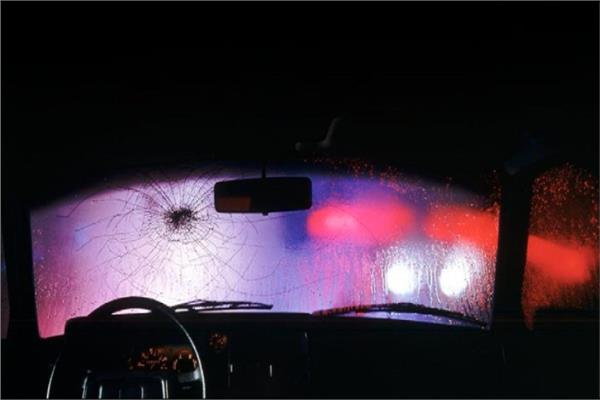 In a country where technology is advancing at a rapid pace, it seems that road deaths should be a thing of the past and even non-existent, yet we find that tens of thousands of drivers die on American roads every year and it is one of the largest countries that harness the latest technologies in all Ways of life.

A report published by the American “forbes” stressed that we have an opportunity to do a better job, and individuals should not always be blamed for the deaths and casualties on the roads, but we must look at the roads ourselves, and how we can increase the innovation of the means by which we manage those roads according to the report.

The new National Road Safety Strategy (NRSS) of the US Department of Transportation provides a glimmer of hope and a shift in thinking about the many deaths that have occurred on the roads. This is the first step in working towards an ambitious long-term goal of zero road deaths.”

This bold new safety strategy is completely changing the way the United States views deaths on the roads. Rather than blaming fatal accidents on driver error, there is now a sense of accountability. It is now about how the design and condition of the infrastructure that may cause Accidents happen, rather than putting all the blame on the driver.

How does technology play a role?

Perhaps the most exciting and innovative aspect of NRSS is that it encourages transportation departments to invest in new technologies aimed at improving road safety. Historically, transportation departments, or any government agency for that matter, have not been known to invest in pioneering technologies from the start, however It is important to realize that funding these types of forward-thinking and innovative technologies can play a huge role in the country’s efforts to achieve zero road deaths, according to the report.

The report noted, for example, that, according to the Safer Roads Conference, on average, good street lighting leads to a 30% reduction in road accidents at night compared to poor or no street lighting. In large areas, it can be difficult to determine which street lights have gone out, but through artificial intelligence and machine learning, the detection of faulty street lights can be automated, and digital road twins built to proactively monitor from desktops in monitoring and control centers.

Another big part of the accident-free aspiration is self-driving vehicles, which may be one of the most widely talked about technologies in the transportation industry. Self-driving vehicles are changing the way we think about getting from point A to point B. It can take human driver error out of the equation, and self-driving cars could potentially allow us to achieve zero road deaths – but only if the infrastructure is properly equipped and managed.

The report asked, What happens if the autonomous vehicle cannot see the lane lines? What will happen if the car does not know that the pedestrian sign has exploded?

These critical safety questions are something we need to prepare for in a world where cars can drive themselves, and at the moment the infrastructure is not well prepared. % of public roads there have been in mediocre condition, or worse over the past several years.

– What does the future hold?

Through the use of cameras, satellite imagery, and in-vehicle driving cameras already on the roads in some developed countries, including America, and with other forms of data collection, there can be near-real-time insights into infrastructure conditions. There are many kinds of technologies in the future of autonomous driving, but the real advantages will be for the many drivers who still navigate the roads themselves.

For example, if there is a large piece of debris in the road that requires vehicles to deviate from their lanes to avoid this, the USDOT must currently search for it manually, or rely on public complaints, and by the time the problem is resolved, someone could be What might have hit a wreck, or worse – perhaps even an accident.

By harnessing technologies such as machine vision and artificial intelligence, USDOT control centers can be notified of debris entering a vehicle’s driving lane, effectively cleaning it up to ensure no further accidents occur in the future.

The report indicates that if the US Department of Transportation (USDOT) invests in artificial intelligence and machine learning technologies, it will help ensure that our roads are safe for current drivers, in addition to the future of autonomous driving that is rapidly approaching and spreading in countries of the world, and these technologies can identify safety issues critical, so that it can be repaired more quickly and efficiently.

The report emphasized that the accident-free vision is only a concept at the moment, and until we make appropriate investments in the important technological developments required, it will remain just an idea, so agencies and concerned agencies, whether governmental or private, must start implementing this by investing in technologies that Prepare the infrastructure for the future.