Video: The development of an indestructible “robot cheetah” 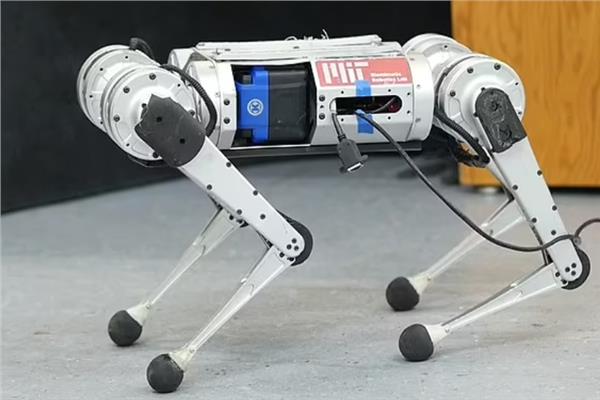 A team of researchers has succeeded in developing what they called an indestructible “robot cheetah”, which can run at speeds of up to 9 miles per hour, in any weather and terrain, including gravel and ice.

The robot, called CHEETAH, was developed by engineers at the Massachusetts Institute of Technology, and they say it’s ‘virtually indestructible’. They said they learned how to race across a range of different terrain through trial and error, the same way it learns Humans.

Thanks to modern simulation technology, the researchers said, their “baby cheetah” robot was able to accumulate the equivalent of 100 days of experience on different bases in just three hours of real time.

It has been nearly 25 years since the first robotic animal was created, and since then scientists around the world have uncovered examples such as walking machines, dancing, opening doors, and many other things.

One of the most famous is Boston Dynamics’ mini robo-dog Spot, which was filmed last year performing a highly choreographed dance to K-pop sensation BTS.

And when it comes to a running robot, the MIT researchers explain, it can be very difficult to program on treacherous ground.

“We have developed an approach in which the robot’s behavior is improved from a simulated experience, and our critical approach also enables the successful dissemination of those learned behaviors in the real world,” said lead researcher Gabriel Margolis.

“Of all the environments it sees in this simulator, some will teach a robot skills that are useful in the real world. When working in the real world, our console identifies and implements relevant skills in real time,” he added.

When asked why it is so difficult to operate a walking robot, he replied: “Achieving sprinting requires pushing the hardware to its limits, and the robot needs to respond quickly to changes in the environment, such as the moment it encounters ice while running on the grass.”