Due to a legal dispute, Diego Maradona was left out of FIFA 22 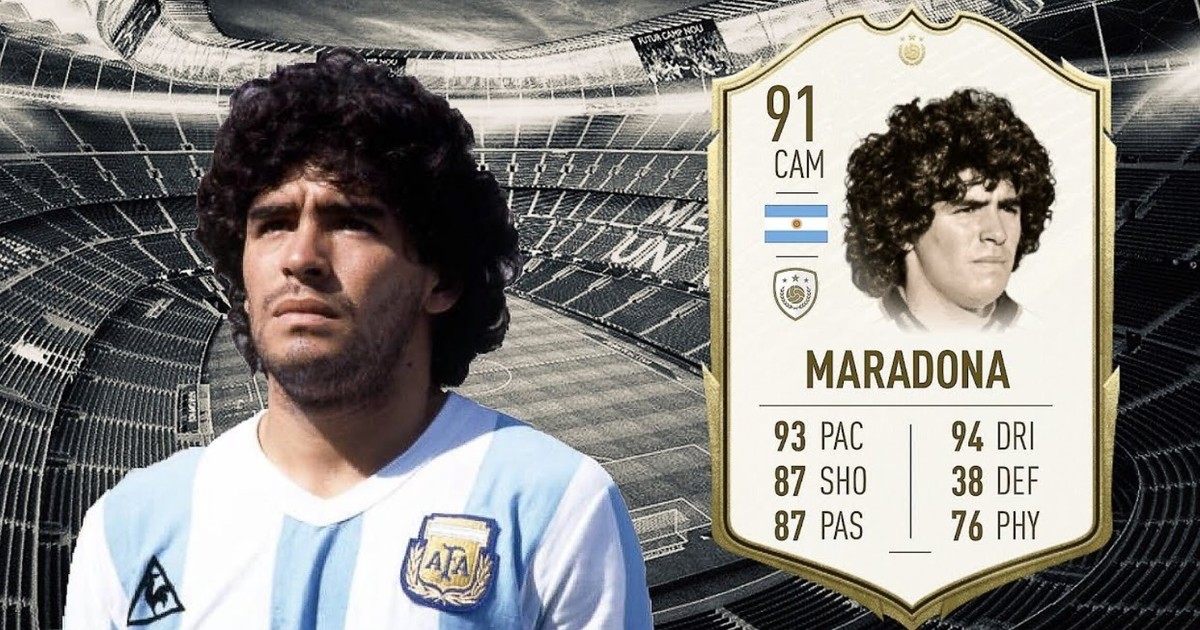 Diego Armando Maradona, one of the best players in the history of football, was involved in another virtual controversy. The battle for the legal rights to his name forced the developer Electronic Arts on Wednesday to remove the Ten from the video game FIFA 22.

Maradona died on November 25, 2020 at the age of sixty, the victim of a heart attack. After his death, a legal battle began for the rights to the “Maradona” brand, which his lawyer Matías Morla won last August.

The ruling became relevant in November 2021, when federal judge Marcelo Gota, of the Civil and Commercial Court number 8, gave legal course to the request of the Sattvica company, chaired by Morla.

“(It is obligated to) immediately cease the use of the trademarks indicated in Annex 8A of the lawsuit, by any means that they are carrying out, and must also refrain from using said signs on the platforms through which it distributes the FIFA 21, FIFA Ultimate Team, FIFA Street, FIFA World Class Soccer, Football Manager y EA Ultimate Player”, indicates the decision, quoted by Clarín.

“As well as, (it is obliged to) cease advertising regarding said products, whether in brochures, internet, radio, television and/or in any other means of dissemination.”

With the definitive sanction, the American video game publisher Electronic Arts momentarily excluded Diego Maradona from envelopes, SBC’s and FUT Draft which can be purchased in exchange for virtual coins.

Although its items are not available from now on, the existing ones are maintained. In this way, the players who became owners of any of the three variants of Diego Armando Maradona in packs before this decision, they will continue in their clubs and in the transfer market.

Likewise, those who want to get hold of a Ten card can do so despite the fact that “its price range will remain fixed until further notice.” Currently, the market price is around 3 millions of coins.

The legendary Argentine player had been in the FIFA saga for several years. After appearing in Pro Evolution Soccer (currently eFootball), players had to wait for the 2018 edition to have Diego Maradona’s virtual avatar on their team.

EA’s word on the Maradona case

The American publisher referred to the issue this Wednesday through an official statement to which she had access Clarion. In the document they explained the reasons why the Argentine legend of world football will not be part of FIFA 22.

“Due to a legal dispute from a third party, we must discontinue the appearance of Diego Maradona in FIFA Ultimate Team packs, as well as future FUT and Soccer Aid World XI content within EA SPORTS FIFA 22. Therefore, Diego Maradona ICON items are no longer available. They will not be available in Packs, SBC and FUT Draft”, they assured from Electronic Arts.

And they added: “We have always included the likeness and image of Maradona under valid license agreements, first with Mr. Maradona himself and then with the company that has the power to license Diego’s image rights throughout the world.”

“We share the disappointment of our fans and look forward to bringing back one of the greatest icons in world football in the future,” they concluded.