The chronological feed returns to Instagram after 6 years: how to deactivate the algorithm 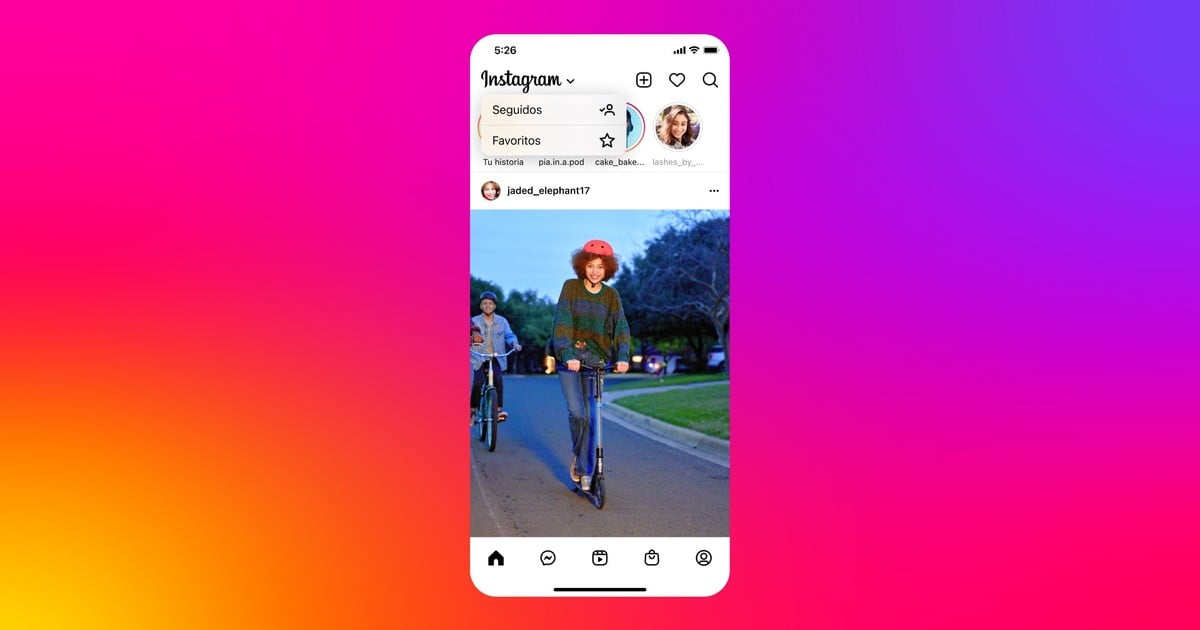 One of the recurring requests from the billions of users to Instagram always aimed to have greater control of content which is displayed on the feed from the home screen, which in the app is represented by the icon of a house. The platform took note of this claim and corrected it in the last update which began distributing for Android and iOS.

On average, one billion users of this social network they see more than 90% of the publications of his friends in a feed classified algorithmically, that is, a series of determined rules that type what can be seen.

After a series of tests that began in January, the platform commanded by Adam Mosseri announced the global distribution of the new way of displaying the home screen in three different views: Home, Favorites and Following.

For these reasons, Meta’s image and video social network decided to make a radical change to the way its users access content. It now allows you to see the home screen in three different views: Home, Favorites and Following.

“Home” is what we call the current Feed format on Instagram. This option will continue to provide you with a mix of content from people and accounts you follow, ranked by algorithms, other recommended content you might like, and more. The “Home Page” will be the default view, so every time you access your Feed, you will continue to see it that way

Meanwhile, “Favorites” will show the posts of the accounts you select, in chronological order. That is, users can choose favorite accounts so you don’t miss any content. Instagram allows you to add up to 50 accounts and make changes at any time, which will not notify people when they are added or removed.

Posts from accounts in the favorites list will also show up higher in the Home Feed, and are shown with a star icon.

Instagram began to allow you to order the publications in various ways to suit the user.

And “Following” will show posts only from the people you follow also in chronological order.

Both “Favorites” and “Following” will show you the posts in chronological order, so that the user can quickly catch up with recent posts.

“We want people to have a significant control about his experience on Instagram”, they assured from the social network in a statement to which he had access Clarion.

“Everyone uses Instagram differently, and we hope these options can help people decide what works best for them. Plus, we’ve done research that showed that our community is happier with an algorithmically ranked Feed so we’re not standardizing everyone’s experience on a Chronological Feed,” they added.

The news of seeing the home screen in three different views began to be distributed among users gradually. If you do not have it available, first, you must have the Instagram application updated to the latest version for Android or iOS.