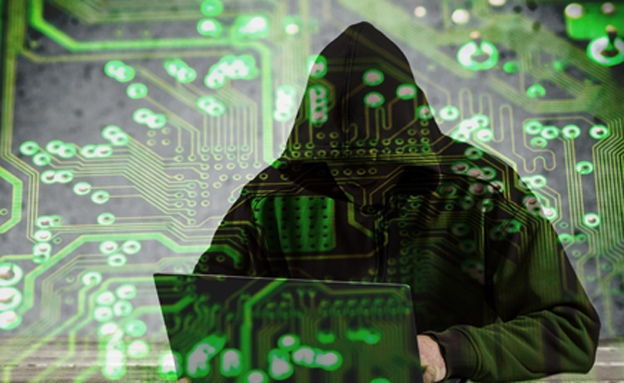 The whole world has been watching the war between Russia and Ukraine for more than a month, but it is not only on the battlefield where tanks, anti-tank vehicles and fighters are at the forefront – but also in cyberspace. Thousands of pro-Ukrainian people around the world have decided to enlist in the Ukrainian cyber army Different and with one goal – to fight the aggression of Russian President Vladimir Putin.

Jens from Denmark is one of those people who fights cyberspace, computer to computer, without getting his hands dirty. Even before he leaves for the office, he opens the morning by defending Ukraine in cyberspace. The man, in his mid-40s, first finds in Telegram publications of Russian organizations and companies and then runs software that automatically hits pages and loads multiple requests on them in a short time, according to the German Deutsche Welle.

During the day Jens makes sure that the software is working properly – flooding the Russian websites – until they crash. When Shins goes to bed, he knows rehabilitation the next day for the same thing and will participate in the cyber system, quietly. According to the report, his wife and co-workers do not know that he is a partner in the war against Putin through the network.

“I am doing this to punish the Russians for their war crimes,” Jens toldDW In an encrypted conversation. It is not known exactly how many soldiers are working against Russia in cyberspace, but they use various cyber weapons – from simple tools designed for online vandalism to sophisticated cyber operations. All to support besieged Ukraine.

For decades many countries have had government organizations or bodies in the defense systems that focus on the cyber arena to sabotage or defend, each acting against its own enemies. These attacks are intended to obtain sensitive information, disrupt system activity or sow confusion and thicken the fog of war.

Large groups around the world are fighting online

The war in Ukraine has also spawned an unprecedented phenomenon of online warfare. Large groups of participants who do not belong to any kingdom or country can operate simultaneously, without a single central authority coordinating their efforts, according to interviews with hackers and experts.

The idea to recruit a “global cyber army” was born with the outbreak of war as early as the end of February, when the first missiles hit Ukrainian cities. Experts from the cyber security industry in Ukraine contacted the government and offered help. Yagur is a resident, founder and partner of the Ukrainian cyber security company Cyber Unit Technologies Was one of them. “Our only motive is to stop this war,” he toldDW. According to him, the number of people participating in the shadow war is already close to a thousand people, he estimates.

Oshev explained that his goal is to gather intelligence about the war and potential targets in Russia, and he shares this information with the Ukrainian government. Another major player in Ukraine’s cyber army is the hacker group “Anonymous” – a dark and mysterious international movement of hackers. Shortly after Russia invaded Ukraine, many announced on Twitter that they had launched a “cyber war against the Russian government.”

Experts warn: “Each of these attacks exacerbates the situation”

Since then, Anonymous has been credited with several incidents, such as breaking into state television channels in Russia. Two members of the movement toldDW Because they estimate that hundreds of people are conducting advanced hacking operations around the world, including from Japan, Estonia, Germany and France. During the first month of the war, more than 40 million messages were sent to officials in Russia, disrupting their day-to-day engagement.

However, German media quoted experts as warning: “Each of these attacks further exacerbates the situation.” Dennis-Kenji Kipker, Professor of Security IT At Berman University he claimed: “It will not get us anywhere. Not all cyber warriors seem to be aware that they are breaking the law.”