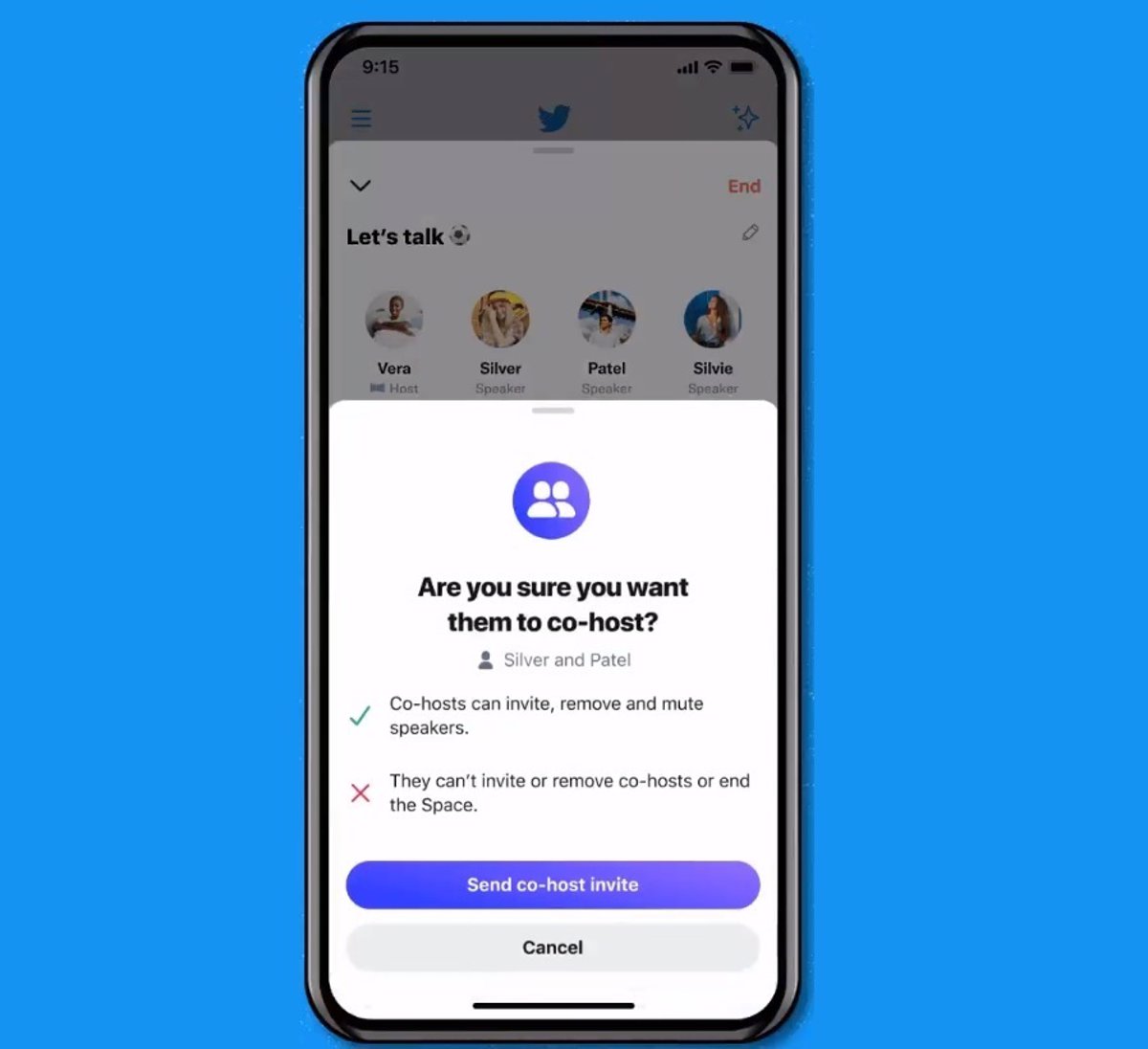 Twitter Spaces has incorporated the figure of the co-host or co-administrator to help the host of an audio room to moderate the conversation that is taking place, with the possibility of adding up to two of these positions.

The changes introduced this Thursday by Spaces allow a host to invite others two people to help you during the conversation, with its own functions such as inviting speakers, managing questions, eliminating participants or setting ‘tweets’.

The company has reported in its perfil Twitter Spaces that this change implies a change in the Space (the audio room), since now it is allowed one host or administrator, two co-hosts, and up to ten speakers.