“Data is a fundamental aspect in digitization aimed at constructing a more competitive and fair Europe,” says Carme Artigas 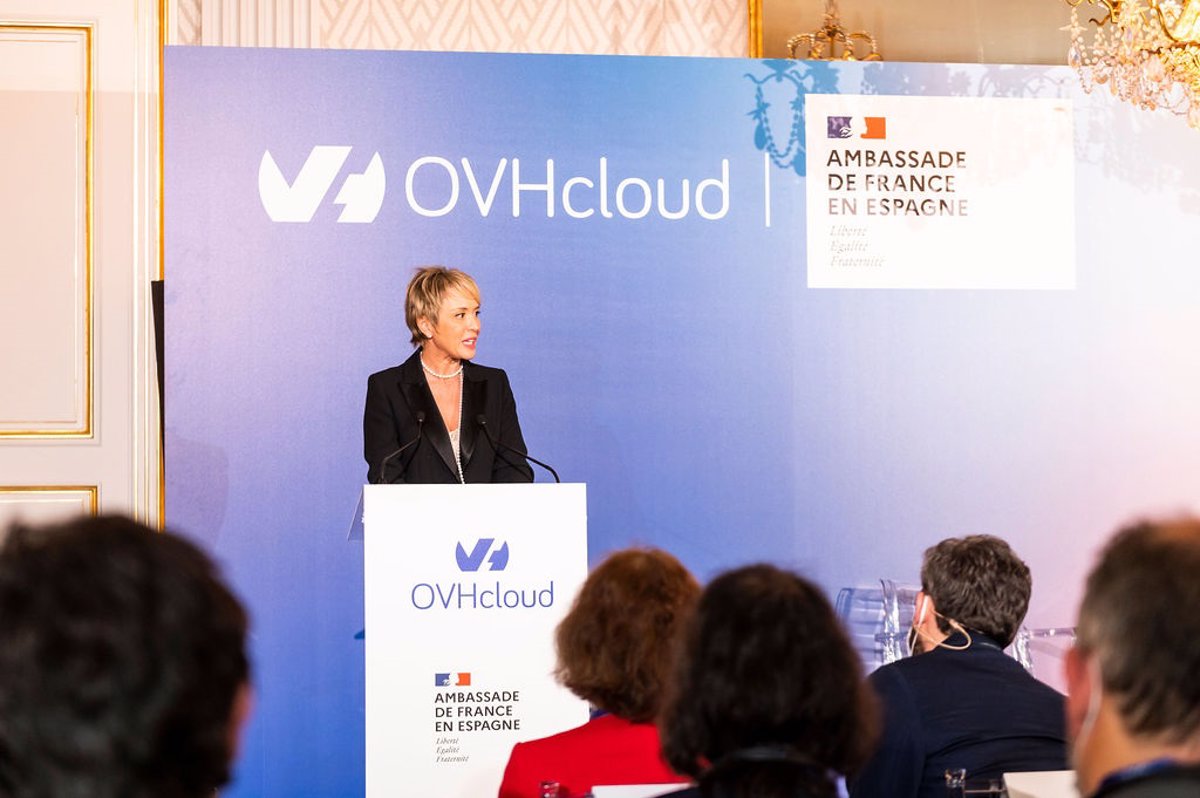 At the institutional closing of a colloquium organized by the OVHcloud company in collaboration with the French Embassy in Spain, Secretary of State for Digitization and Artificial Intelligence Carme Artigas stated that data are “key elements of a digitization aimed at designing a more competitive, safer, more humanistic and, thus, fairer Europe.”

Artigas discussed the “decisive” juncture in which Europe finds itself in this field, in which personal and industrial data, as well as cloud technologies, are becoming increasingly decisive.

“We can’t fight for European digital sovereignty without first realizing that data sovereignty is the foundation of everything, and that establishing a governance framework at the European level that protects the rights of European residents and businesses is critical,” Artigas continued.

The conference took place under the French presidency of the Council of the European Union, which has made digital sovereignty one of its top priorities. Jean Michel-Casa, the French ambassador to Spain, emphasized this aim when he inaugurated the event, saying, “Europe must be able to govern the use of its own data and bring out a model of European technical dominance founded on our core principles.”

“In the face of competition from the United States and China, the EU must encourage European leaders in critical technical industries.” This will necessitate large investments on par with those done by our competitors, according to the ambassador.

The attendees agreed that the European digital ecosystem requires a combination of legislation and self-regulation in order to ensure that competition and equal access standards are followed in digital marketplaces and data governance. In this setting, major public-private partnership projects like Gaia-X or the European Alliance for Industrial Data, Edge, and Cloud stood out.

Alberto Gago, advisor to the Spanish Government’s Secretary of State for Digitization and Artificial Intelligence, also mentioned Spanish initiatives like the National Strategy for Artificial Intelligence, which will include the development of proprietary data platforms and technological infrastructures, and stated that “there are many initiatives, and they are complementary.”

The key to digital sovereignty, according to Michel Paulin, CEO of OVHcloud, is “an open, reversible, interoperable, and transparent cloud that respects customer data and is not subject to extraterritorial laws,” and he adds that no concessions should be made when it comes to applying our values: “it is essential that all actors respect and abide by European law.”

“The sober-minded” It is not protectionism or exclusion, but rather a chance for Europe to develop a regulated model based on an open and interoperable logic that would drive value creation for the entire ecosystem: cloud players, the data industry, and, most importantly, all users. It’s an alternative that doesn’t exist right now, because only three companies control 80 percent of Europe’s data market. “European citizens’ freedom is at risk,” he said.