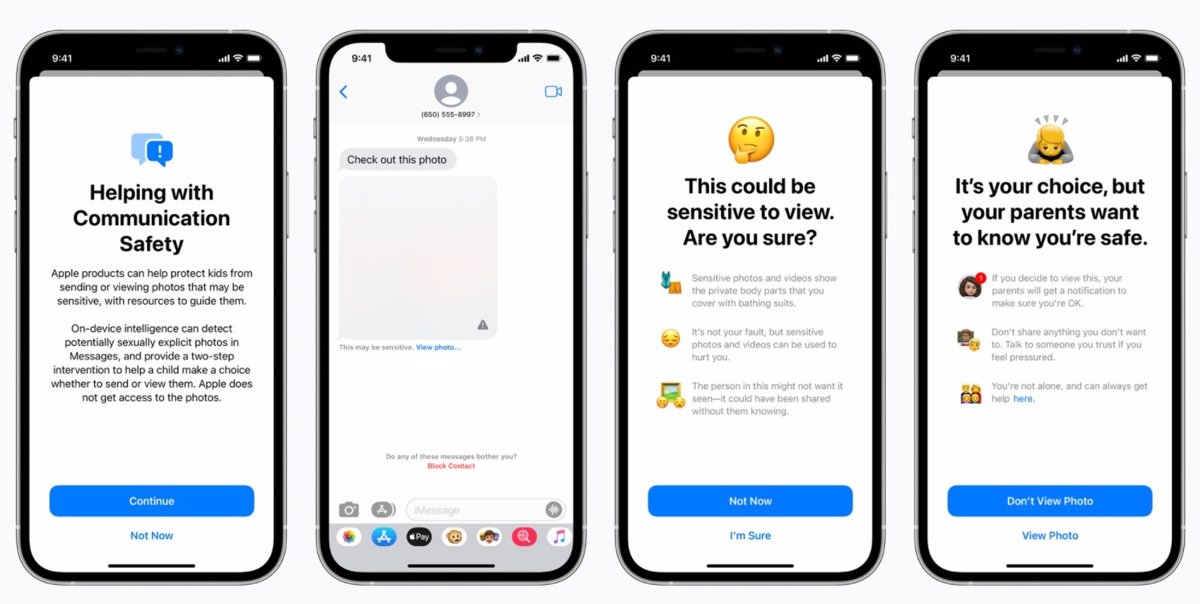 Apple will introduce with iOS and iPadOS a cryptographic technology with which to limit the distribution of child sexual abuse material on services like iCloud, and will use machine learning on the device to warn of sexually explicit content in its Messages app.

The technology company has shared the latest in child protection, new tools designed with experts who seek to protect children from predators who use digital services to reach them.

One of the main concerns in this area is the sharing of child sexual abuse material. Apple has announced “new cryptographic applications” in the next versions of iOS and iPadOS that will allow detect images of this type that are stored in iCloud.

The company explains that this method does not scan the images in the cloud, but is based on an on-device comparison of known images provided by child safety organizations before they are uploaded to iCloud.

What is being compared is not the image itself, but the ‘hashes’ of the images, a kind of fingerprint. A cryptographic technology called ‘private set intersection’ is what determines if there is a match without revealing the result, and is attached to the image once uploaded to iCloud.

The ‘secret exchange threshold’ technology ensures a high level of match, and that is when Apple receives an alert, for human teams to review. If confirmed, the user’s account is deactivated and a report is sent to the relevant associations and the Police.

The Messages application will incorporate new tools that will alert users (children and parents) of the sending or receiving sensitive content, which will detect sexually explicit material through machine learning analysis on the device itself.

In the case of received content, the ‘app’ will blur it and display a warning, informational resources and even ensure that “it’s okay if you don’t want to see that photo.” Children can also be advised that parents will be notified if they choose to view the image. If it is the sending of this type of content, the minor will receive a warning and the parents a notification.

This novelty will be available at iCloud family accounts for iOS 15, iPadOS 15, and macOS Monterey.

ADDITIONAL RESOURCES WITH SIRI AND SEARCH

The company has also strengthened Siri and Search so that they can provide resources with which children can be safe on the Internet, but they can also intervene in the event that they detect that the search for child sexual abuse content.

The Siri and Search update is coming with iOS 15, iPadOS 15, watchOS 8, and macOS Monterey.