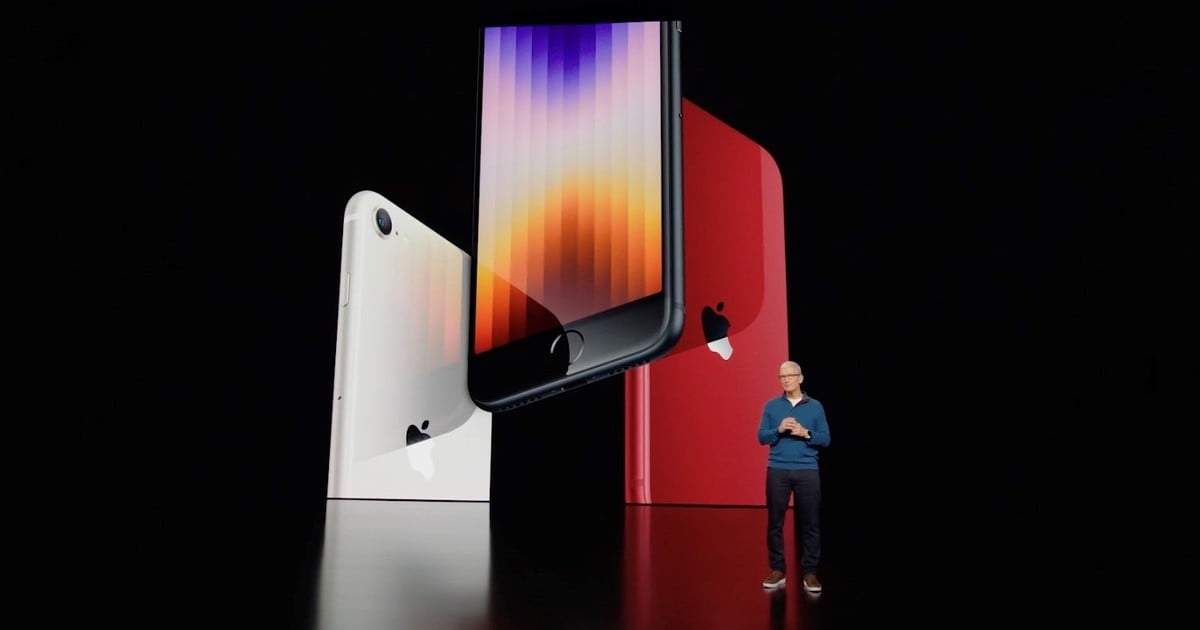 Apple made a severe decision about the future of one of its most recent releases: a 20 percent production drop for the third generation iPhone SE 2022 in the second quarter of 2022. This is the same device that was first announced in early March.

The causes, according to the Nikkei Asia media, are uncertainty caused by the war between Russia and Ukraine, as well as decreasing demand as a result of market inflation.

According to requests already made to “several suppliers,” the apple firm “intends to reduce production orders by about two million to three million units” for the period between April and June 2022.

The key reason behind the decision, according to four people who requested anonymity, is the “weaker-than-expected demand.”

Another reason could be the global rise in living costs that has been noted since the outbreak of the epidemic, which has been exacerbated by tensions in Eastern Europe.

The iPhone SE is Apple’s most recent offering. Apple is the source of this image.

“The war had an impact on European market expenditure… It’s logical that [los consumidores] conserve their money for food and heating,” an executive of an Apple supplier, who was not identified, evaluated with the same medium.

Orders for Apple’s AirPods headphones fell by more than 10 million units this year, and the same fate would strike products like AirPods, which were produced in 76.8 million units the previous season.

According to Brady Wang, a technology analyst at Counterpoint Research, in the Digital Trends medium, the smartphone market has varying levels of “excessively large” inventories, which should tend to rectify.

“Final smartphone demand in China is quite low….” Furthermore, the conflict between Russia and Ukraine will almost certainly have an indirect impact on the European market and consumer demand,” the analyst admitted.

Along with the launch of the iPhone SE, the company led by Tim Cook doubled down on tablets: the basic model and the Pro version of the new iPad Air. Both products have as main characteristic the M1 chip power and as a major inconvenience low storage capacity.

At a price of $599 For the version that connects to Wi-Fi, the new Air offers the cheapest model of the company’s entire range at self-made microprocessor M1announced in 2020 and was very well received by users of Mac computers and on the iPad Pro.

For users who want to connect with their tablet to the very high-speed 5G network, the version with connectivity of the new iPad Air costs 150 dollars extra.

The power of the M1 is ideal for working with photo or video editing programs – more so now than Adobe Photoshop was optimized for iPad-, as well as for some of the most common activities on tablets such as watching movies and other videos or playing video games online.

The design is modern and sleek, in the usual Apple vein, and the screen is worse than the Pro, but it still offers excellent image quality, more than enough for most users, especially those who don’t use the tablet professionally.

The main problem is the capacity, since the cheap version of the new Air comes equipped with only 64 GB, a figure even lower than that of the iPhone 13 mini and likely to run out of space as soon as the user downloads content or takes several photos and videos in high resolution.

There is the option to buy the iPad Air with 256 GB of storage, but then the price already goes up to $749, which puts it just $50 away from the iPad Pro much more complete, and makes it difficult to justify the added value of the Air.

The new Air incorporates in the front camera the popular “center stage” tool that keeps the interlocutor always within the frame during a video call.

It also improves USB-C transmission speeds, has a full day’s battery life, and is available in pink, purple, blue, gray and cream.