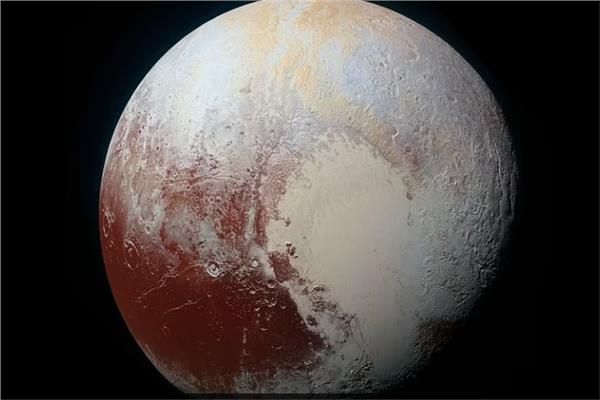 Contain Pluto On ice volcanoes, including one the size of Mauna Loa in Hawaii, new images taken by NASA’s New Horizons spacecraft have revealed.

The images show a region of the dwarf planet containing volcanoes up to 4.3 miles (7 km) high that were active “relatively recently”.

Ice volcanoes have previously been found in several other places in our solar system, including on Saturn’s moon Titan and on the dwarf planet Ceres. However, their discovery on Pluto comes as a surprise. Previous research indicated that the interior of the dwarf planet does not produce enough heat to drive volcanic activity.

In the study, researchers from the Southwest Research Institute in Boulder, Colorado, analyzed images taken by New Horizons of the area southwest of the Sputnik Planetia ice sheet.

The ice volcanoes range in height from a few miles to 4.3 miles (7 kilometers) in length and 6.2 miles (10 kilometers) in width to 93 miles (150 kilometers), with some merging to form larger structures, according to the team.

In particular, the largest glacial volcano, known as Wright Mons, is about the same size as Mauna Loa in Hawaii – one of the largest volcanoes on Earth.

Based on the topography in the area, researchers suggest that several volcanic eruptions have likely occurred in the past, although the exact timeline remains unclear.

This indicates that glacial volcano activity was “relatively recent,” according to the researchers.

It may also indicate that Pluto’s internal structure contains more heat than previously thought, to drive this cold volcanic activity.

In their study published in Nature Communications, researchers led by Kelsi Singer write: “The presence of these massive features indicates that Pluto’s internal structure and evolution allow for either enhanced heat retention or more heat in general than was expected before New Horizons, which allowed mobilization of rich material Water ice late in Pluto’s history.