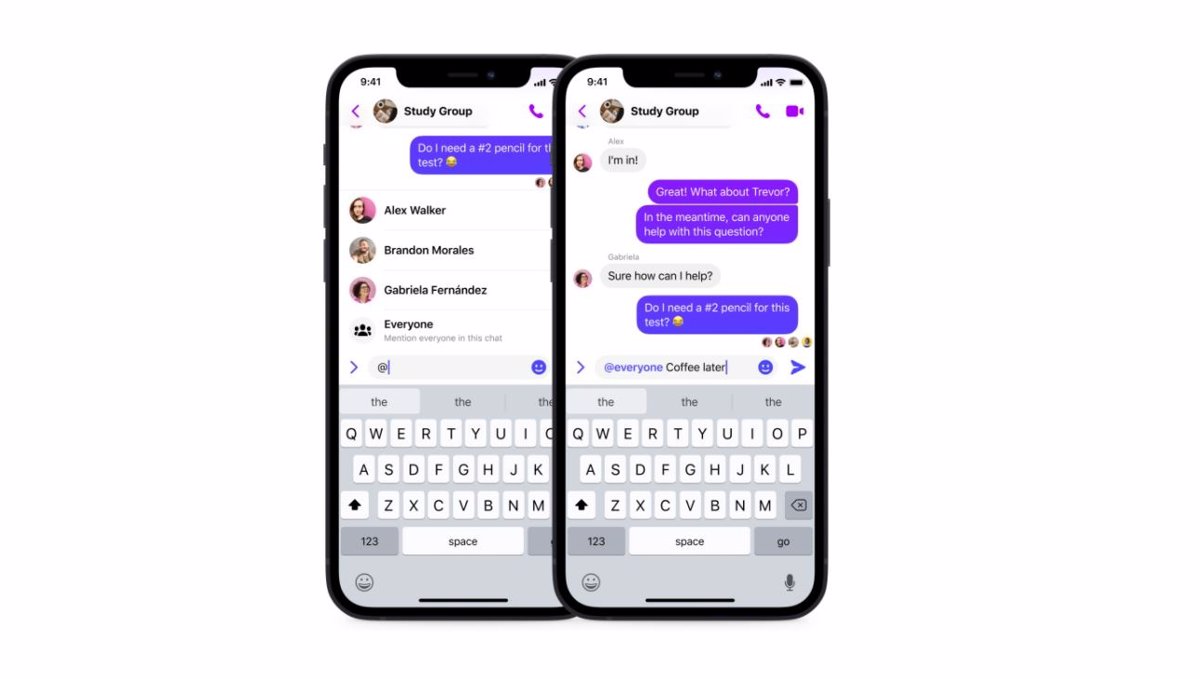 Facebook has introduced in its messaging application, Messenger, new options to interact with contacts, among which is a Slack-like feature that allows you to prioritize certain messages or mute them using text commands.

As stated by the company in a statement, with this new system it seeks to enhance the efficiency of its messaging service and “add a little more fun” to the user experience.

With this tool, which is already available in the app for iOS and Android, users who want to send a message to all members of a group will not be forced to mention everyone individually, something that is already possible in the messaging application for companies.

Instead of including an at sign (@) before the name of the person they want to send a message to, the only option that has been available so far, they can use the @everyone command (@all, in Spain) to send a group reminder.

“@everyone is perfect for group reminders, impromptu meetings, or when you need to muster the confidence to receive a collective answer to an urgent question,” the statement read.

In that way, can be aware of this message all the members of a group and this group cannot go unnoticed or get lost in the chat message thread.

On the other hand, it is already possible to integrate the /silent command (/silence), which is also available on Instagram as @silent, to send messages that do not have priority.

In this way, messages can be written and sent to all the members of a group without them generating notifications when the rest of the users receive them.

From the company they have announced that in the coming weeks it will be presenting several new direct accesses in order to improve application efficiency and improve the user experience.

Another of the tools that you have presented are shortcuts. On this occasion, it has released /Pay (/Pay), which will be coming soon to the app for iOS and Android devices in the US.

With this shortcut, Facebook intends to speed up money transfers and requests through its messaging application and offer a new option to make exchanges safely and without charges or commissions.

On the other hand, with the shortcut /gif, followed by the type of GIF they are looking for (for example, a party) users will be able to more easily find the one that best suits what they intend to express. This option will come soon to iOS.

Finally, Facebook has indicated that another system of shortcuts will also be available to users of Apple devices to send Flipping Tables, that is, texts based on emoticons.

That way, instead of struggling to write each text or having to search for it to copy and paste it, you can use the shortcuts /shrug y /tableflip to pass these messages to the application.