Samsung Unveils the Future of Displays with Neo QLED 8K, Redefining the TV’s Role as the Center of the Home 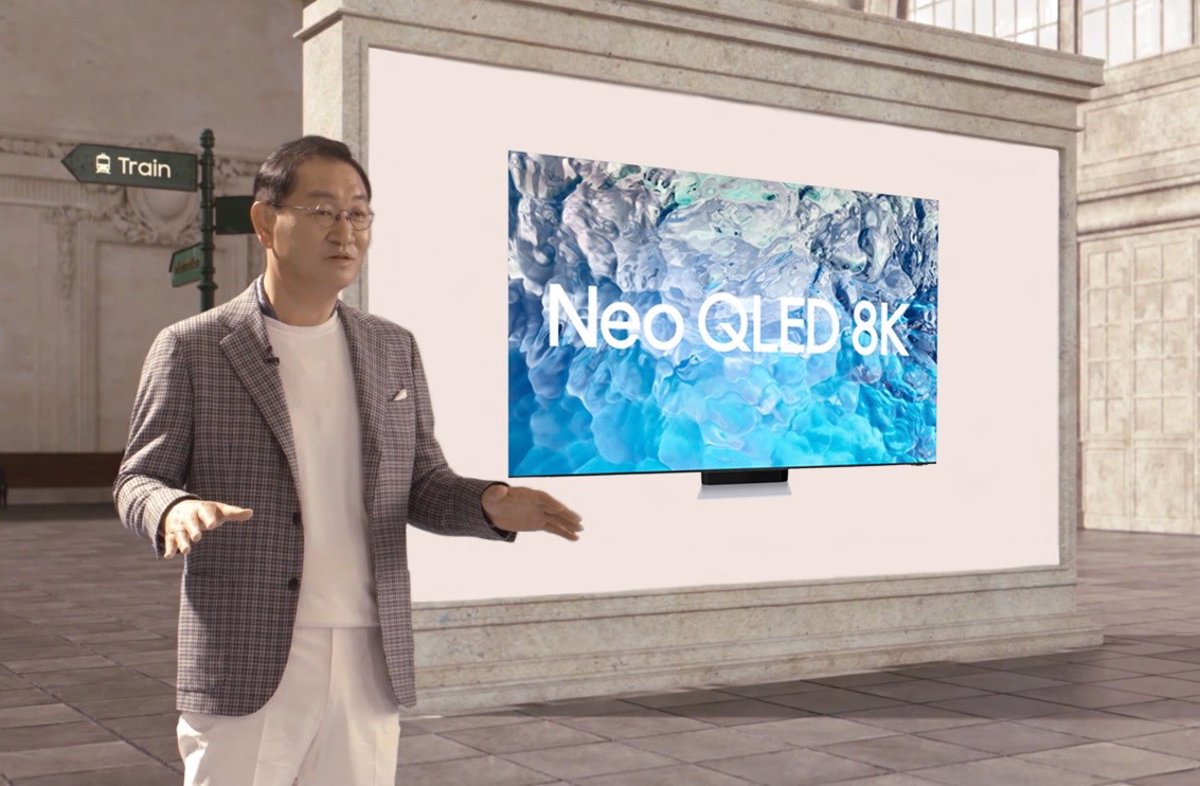 Samsung Electronics presented this Wednesday its new generation of televisions Neo QLED 8Ka device with which the manufacturer seeks to redefine the role of the television as a home multimedia center and that integrates intelligent functions that improve the user experience.

As announced by the company in the virtual event Unbox & Discover, the products and the new functions that they integrate lead the screen to become a device with which to work, learn, play sports and entertain.

“We focus on creating a seamless experience across all of our products, allowing consumers to effortlessly enjoy all its advantages”commented the CEO, vice president and director of the DX (Device eXperience) Division of Samsung Electronics, John-Hee Han, during the presentation.

This new range of products and functions has been developed from the vision of ‘Screens everywhere, screens for everyone’, with televisions as the center of the home and the daily lives of users.

Although televisions and screens have traditionally been associated with the act of ‘seeing’, Samsung is looking to expand the user experience with Neo QLED 8K, a television that is equipped with a 8K Neural Processor with Artificial Intelligence (AI) and that is presented in three formats: 55, 75 and 85 inches.

In addition, this processor drives Real Depth Enhancer, a feature that scans the content and maximizes contrast, as well as enhances the object, while keeping the background raw. This makes the object stand out against the background of the screen.

Thanks to this system, Neo QLED 8K is capable of illuminating the bright areas of an image and keeping those that are already dark, such as a full moon on a closed night.

In addition, they are pioneers in receiving the first certification Pantone Validated of the world in terms of screens, which means that this range of screens reproduce more than 2,000 colors, as well as 110 skin tones that are part of this authority, creator of the Pantone Matching System (PMS).

Another of the most outstanding features of this range of televisions is its surround sound system. Dolby Atmos. Combined with the AI ​​of the processor, the company ensures that it offers an experience different from that of other manufacturers, since it registers the movements of the screen to reproduce them on the speakers.

Specifically, this system is called Object Tracking Sound Pro, which allows users to immerse themselves in the scenes, since it only reproduces the sound in the exact place of the action.

The flagship model of Neo QLED 8K, QN900B, is equipped with this technology and has a 90W 6.2.4 channel audio system, as well as new top channel speakers.

To achieve a surround sound experience, Samsung has recommended combining it with the new Ultra Slim 2022 sound bar, designed with a minimalist aesthetic similar to that of the television.

In addition to revealing some of the features of these televisions, the Korean manufacturer has introduced a series of new features and user interface that further the idea of ​​redefining the main role of screens in the home.

On the one hand, he recalled the integration of the SmartThings Hub ‘software’ in the brand’s new televisions, monitors and refrigerators, something that was already announced on January 5 within the framework of the CES 2022 consumer electronics fair.

Samsung Smart Hub brings together all aspects of the smart experience in one easy-to-navigate interface that classifies features, settings, and content into three categories.

The first one is Medium. This screen organizes users’ entertainment options and includes video on demand, platforms movies and series in ‘streaming’ and Samsung TV Pluswith 62 free channels.

It is capable of learning user preferences through automatic learning (‘machine learning’) to make intelligent recommendations on all platforms and services that can be accessed from Samsung devices.

In addition, it has announced that more platforms of this type will soon arrive at its teams. This new platform will be available in late 2022 on select models made this year.

The third of these options is Environment, a screen that enhances the aesthetics of the home and synchronizes the decoration of the room with the television to offer different images.

The manufacturer has also announced that it will soon present a new line of televisions exclusively dedicated to ‘gaming’ and that it will be made up of 43 and 50-inch equipment.

Another novelty for 2022 is Samsung’s NFT platform created in association with Nifty Gateway and which users will be able to enjoy in Ambient mode, to discover NFT digital works of art.

Finally, Samsung has recalled its commitment to the SmartThings app, which becomes the central hub for controlling all the devices in the home. This function is also included in this new range of televisions.

One of the aspects that have marked this Wednesday’s presentation has been Samsung’s commitment to becoming a benchmark for sustainability in the sector.

Thus, it has highlighted its ecological packaging format, which presents 90 percent less ink than in 2020 and removes staples during production. Both aspects reduce waste and facilitate its processing by recycling centers.

The solarcell remote control It has also received an update this 2022. Now, it is 88 percent more efficient than previous 2020 models, does not require batteries and can be charged by collecting 2.4 GHz radio frequencies.

To finish, he recalled that Neo QLED 8K and 4K televisions have received the ‘CO2 Reduction’ label from Carbon Trust, indicating that your carbon footprint is reduced annually.

With the purpose of improve user experience this range of televisions introduces new accessories, among which is the Slim Fit wall mount.

This is used to mount it on the wall to get the best viewing angle. Peana Studio, for its part, offers another format to hold the television on a support.

To finish, Samsung has presented the Auto Rotation Kit, that extends the capabilities of movement and brings mobile experiences to the big screen.